Collections of the Textile Manufactures of India 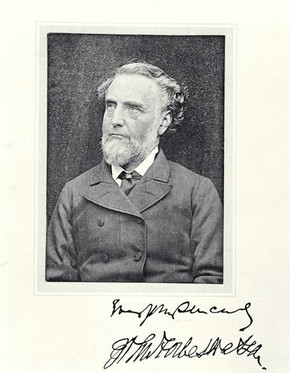 John Forbes Watson (1827-1892), Reporter for the Products of India at the India Office, London, began his career as a physician in the Bombay Medical Service. He became involved in the Indian sections of the international exhibitions from 1862 through his interest in the botany of India.

His idea for 'portable industrial museums' led to the publication of The Collections of the Textile Manufactures of India in 1866, eighteen volumes of mounted and classified samples of Indian textiles containing seven hundred examples in all. The samples were mostly taken from Indian textiles shown at the 1855 Paris International Exhibition, but some came from previous Museum acquisitions; many of the remnants survive in the V&A's Asian textile collections.

Thirteen sets of the books were distributed in Britain, mostly to textile manufacturing districts; seven went to India. A second set was published in 1873-77; although never completed, each set also included more than seven hundred samples, taken from textiles shown at the Paris Exhibitions of 1855 and 1867. A companion volume, The Textile Manufactures and the Costumes of the People of India, published in 1866, contained explanatory text and illustrations of how the fabrics were worn as clothing in India. The textile samples were intended to inspire students and textile manufacturers in Britain and also to alert them to the opportunities of the vast Indian market. Forbes Watson often included notes on cost, who might wear the complete piece and how. The sample sizes in the first series are usually about 34 x 19 cm and in the second series slightly smaller: 19 x 10 cm with an additional piece about 4cm square 'for examination of texture'.