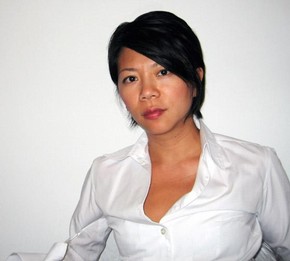 Mona Choo is a printmaker working in Singapore and London. She has had a diverse career, working for Singapore's top advertising agency, establishing an Australian greetings card company, and staging successful group and solo shows of her artwork. Mona was the first International Printmaker in Residence at the V&A, between February and August 2009.

Although Mona was enrolled in a degree course in Graphic Design and Illustration at Kingston University, it was in the print studio that she spent most of her time, having fallen in love with printmaking during her art foundation year.

After graduation Mona returned to Singapore in 1994, somewhat reluctantly, to pursue a career. Without setting out to do so, she inadvertently travelled down two parallel paths, that of advertising/design, and fine art. With a portfolio full of artist prints, Mona managed to secure her first job in an animation company, while at the same time piquing the interest of some local art galleries.

Within two years, Mona went on to become a graphic designer in Singapore's top advertising agency at the time, Batey Advertising. While she was kept busy working on a client list that included Sony, Singapore Airlines, Raffles Hotel and the United Overseas Bank, Mona also managed to secure gallery representation and exhibitions with some of Singapore's more edgy contemporary art galleries, as well as exhibitions in the UK.

Her art career during these formative years culminated in the purchasing of her work by the Singapore Art Museum for their permanent collection, and the United Overseas Bank (UOB) of Singapore for their private collection. Mona was awarded the Highly Commended Award for the 16th UOB Painting of the Year Competition for a series of screen prints completed in college. Her work has also been acquired by private collectors from around the world.

Mona's love for printmaking motivated her to return to London as often as possible to create prints, since facilities were not readily available in Singapore. As a result, in 1999, the Director of the London Print Studio offered Mona an apprenticeship. Armed with a grant from the National Arts Council of Singapore, Mona spent six months training and working at the LPS.

In the ensuing years, Mona took time off creating art in order to experiment with another creative pursuit, one that had a more commercial aspect. For the next five years, Mona managed to successfully start her own greeting card business in Australia and her handmade and printed designs were sold nationwide.

Mona returned to full time art practice only recently. Since then, she has had a number of successes at international juried art competitions, resulting in two group shows in New York as well as securing representation with a Chelsea art gallery in New York. She has also secured representation in Singapore, and her work will be shown in ArtSingapore 2008 - South East Asia's largest art fair - as well as in an upcoming show in New York in February 2009.

The International Print Residency is a collaboration between London Printworks Trust, londonprintstudio and the V&A.

The International Print Residency is supported by the Paul Hamlyn Foundation.