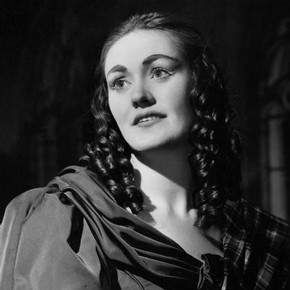 Joan Sutherland (1926 - 2010) was one of the world's most famous soprano opera singers, particularly praised for her bel canto roles. Born in Sydney, Australia in 1926 Joan Sutherland was taught to sing by her mother. She made her debut in Purcell's 'Dido and Aeneas' in 1947 before coming to London to study at the Royal College of Music in 1951.

In 1952 she was singing small roles at Covent Garden. Critics saw her career developing in the heavier operatic roles in Verdi or Wagner. It was her husband, conductor Richard Bonynge, who heard something rarer – a bel canto singer. Gradually, he trained her voice upwards until it had achieved complete flexibility in the upper register. It was in the bel canto role of Lucia in Donizetti's 'Lucia di Lammermoor' at Covent Garden in 1959 that she achieved instant stardom.

The highlight of the performance was the mad scene, when Lucia, having been forced into an arranged marriage, murders her husband, loses her reason and dies. Sutherland had a hugely effective entrance, at the top of a long staircase in her bloodstained nightdress, pathetically conveying Lucia's helplessness and madness. 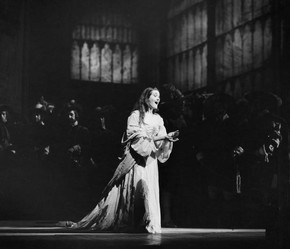 Lucia is a role famed for its extremely demanding coloratura, and British audiences were  astounded that a member of the resident Covent Garden company was capable of performing it with such ease.

A notable success in 1966 was Donizetti’s opera 'La Fille du Régiment' which displayed Sutherland’s natural gifts for comedy. She said at the time that it was ‘marvellous fun after doing sweet, demure Victorian ladies. The only difficulty is that we sometimes get a bit carried away by all the romping round’.

The opera also gave her co-star Luciano Pavarotti the opportunity to sing nine high ‘C’s’ in one aria. 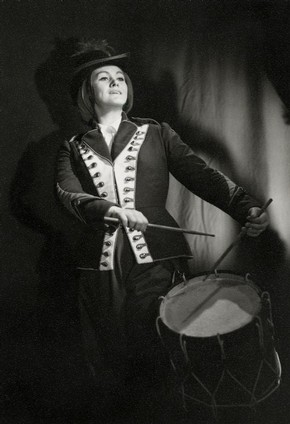 Sutherland's voice had a richness and brilliance unusual in coloratura sopranos. In comedy she had an irrepressible sense of bubbling fun. Her warmth and complete lack of affectation endeared her to audiences worldwide.

She sang her last opera in 1990 back where she began, in Sydney. At the end of the performance of 'Les Huguenots' she stood before a background of fireworks spelling out 'Farewell', wreathed in streamers thrown by a hysterical audience.

But on New Year's Eve 1990 she made a surprise appearance at Covent Garden singing Home Sweet Home in the party scene of a televised performance of 'Die Fledermaus'. She then retired to Switzerland to cultivate her garden and indulge her passion for needlepoint.