Mughals & the Royal City of Lahore

Mughals & the Royal City of Lahore 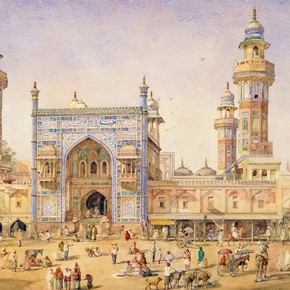 Lahore was the historic capital of the Panjab and one of the most important cities in the Mughal empire, founded in 1526. In the late 16th century, the great Mughal emperor Akbar had built a great fort there which was enlarged by his successors. The Mughals laid out gardens whose trees provided relief from the searing heat of summer, built palaces covered with polychrome tiles, and tombs decorated with marble inlaid with semi-precious stones.

Lahore was renowned for its carpets, the most luxurious examples woven from pashmina, the silken wool of the Himalayan goats that was also used to weave the Kashmir shawls worn at court. The city's many craftsmen included armourers, their weapons of watered steel delicately chiselled with arabesque patterns or inlaid with gold.

The emperors lived in Lahore for long periods, or stopped on their way from Delhi and Agra to the mountains and flower-filled valleys of Kashmir. The city attracted merchants, artists and scholars from all over the empire and beyond, including Europeans such as the Jesuit priests. Their gifts of western paintings and engravings profoundly influenced the developing style of Mughal painting in the late 16th and early 17th century.

Mughal power declined in the 18th century and the Sikhs eventually came to rule the Panjab, uniting behind Ranjit Singh who was proclaimed Maharaja in Lahore in 1801. 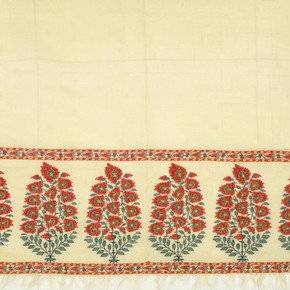 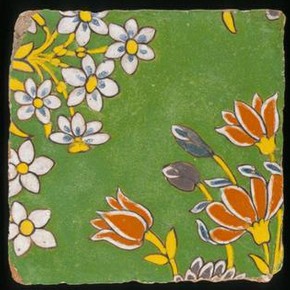