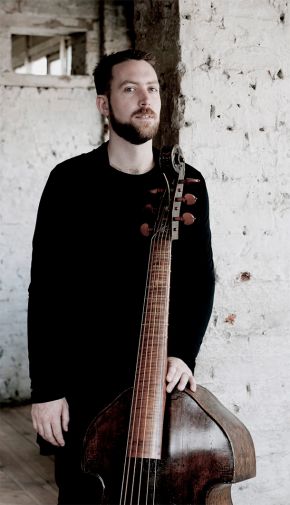 Liam Byrne divides his time between making very old and very new music on the viol. He has been praised in The Times for his 'nuanced and expressive, stylish virtuosity' and by The Guardian for his 'glittering performance'. With the firm belief that baroque music can be vibrant and expressive on its own terms, Liam’s solo work regularly explores lesser known corners of 16th and 17th century repertoire. This same interpretative curiosity has led him to work increasingly with living composers, and he has had new solo works written for him by Edmund Finnis, Nico Muhly, Valgeir Sigurðsson and others.

As a chamber musician, Liam has performed and recorded with many leading Early Music ensembles. For several years he was a member of the renowned viol consort Fretwork, with whom he toured internationally and played an active role in commissioning new works. Other chamber music activities include performances and recordings with the Dunedin Consort, The Sixteen, Le Concert d’Astrée, i Fagiolini, Concerto Caledonia, and the viol consorts Phantasm and Concordia, among many others.

Beyond the realm of classical music, Liam has worked with a wide variety of artists including Damon Albarn, Nils Frahm, Matthew Herbert, Valgeir Sigurðsson, Martin Parker, Shara Worden (My Brightest Diamond) and The Hidden Cameras. He has played a significant musical role in the creation of several large-scale operatic works: Damon Albarn’s Dr Dee (2011-12), Shara Worden’s You Us We All (2013), and Valgeir Sigurðsson’s Wide Slumber (2014). In 2015 he will undertake a new project with Belgian ensemble Baroque Orchestration X and Icelandic musician Mugison.

Liam took his BMus and Performer’s Diploma in viola da gamba with Wendy Gillespie at Indiana University and holds an MPhil in Musicology and Performance from Magdalen College Oxford, where he studied viol with Laurence Dreyfus and counterpoint and early notation with Margaret Bent. Liam is professor of viola da gamba at London’s Guildhall School of Music and Drama, where he also teaches Medieval and Renaissance Performance Practice.

One focus of my residency at the Museum was to experiment with the dynamics between performer, audience and space in early baroque music, looking at historical social and spatial contexts for music-making and finding analogues and parallels within the museum's public spaces. The first purpose-built concert hall in Europe was erected in 1753; before that point, listeners and players of music enjoyed a much wider variety of physical and performative relationships. During my residency, I explored these dynamics with the intention of deepening my understanding of old repertoire and uncovering its potentially successful performance contexts in the 21st century.

Inside Voices was a performance in process. For one week, i invited members of the public to join me inside the magnificent Victorian plaster cast of Trajan’s Column, where i gave over 300 short performances of Baroque music for one person at a time. The project was born out of an interest in exploring the way in which the listener’s presence impacts musical performance. In the Baroque period, live music happened in a varied assortment of domestic, institutional, public and private spaces. Nowadays, Baroque music is performed almost exclusively in concert halls, which create a rather one-way relationship between musicians and their audiences. As part of my residency at the V&A, i wanted to give people the opportunity to experience the vibrancy, intimacy and expressivity of Baroque music from a variety of angles both historical and new.