Musical performance from the 1670s to the present day

Public concerts were first established in London during the 1670s. John Banister, a former violinist at the court of Charles II, set up a concert room in 1672 in his own house in White Friars, an area to the south of Fleet Street. In 1678, a group of professional musicians known as the Music Meeting opened a concert room near Charing Cross, where Henry Purcell performed, and by about 1700, a number of music societies were performing in taverns. The most famous entertainments were the free concerts organised between 1678 and 1714 by Thomas Britton, a coal merchant known as 'the musical small-coal man'. Nevertheless, it was considered an honour to be asked to play there, and performers included George Handel.

From about 1740, pleasure gardens in or near London were the main venues for composers and singers to establish their reputations in England. The most fashionable were Vauxhall Gardens south of the river (where Handel's Music for the Royal Fireworks was first performed in April 1749) and Ranelagh Gardens in Chelsea, with Marylebone and Sadlers' Wells of lesser importance. Visitors perambulated, socialised and took light suppers, while listening or dancing to music provided by wind bands and an orchestra.

Much of the music played by the orchestra was written by British composers like Thomas Arne, James Hook, John Worgan, George Rush and the Earl of Kelly. Both Vauxhall and Ranelagh were equipped with an organ, for which Arne and Hook wrote a series of concertos. Mozart performed on the organ at Ranelagh Gardens in 1764. However, by about 1800 the concert hall was replacing the pleasure garden as a place to listen to music. Ranelagh Gardens ceased business as early as 1803, and Vauxhall Gardens, one of the longest lasting pleasure gardens, finally closed down in 1859. 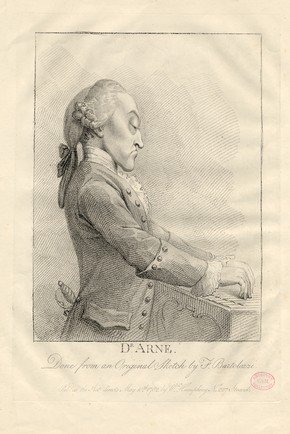 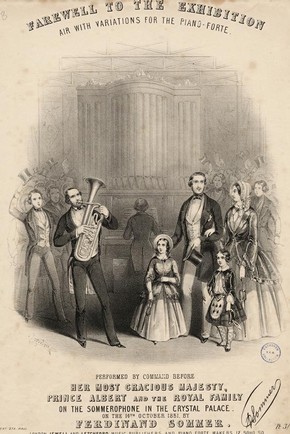 During the 19th century, music life in London was dominated by the Hanover Square Rooms, the Crystal Palace and the Queen's Hall. The Hanover Square Rooms dated back to February 1775. The auditorium housed up to 900 people, and it was here that Joseph Haydn gave his debut concert in England in 1791.

The Crystal Palace was built to house the Great Exhibition of 1851. Following its relocation to Sydenham in 1852, it became the most popular venue for concerts in or around London. Its enormous size could accommodate huge audiences at far lower admission charges than any West End concert hall. This enabled people who would never have entered a concert hall to enjoy classical music, mostly German and English.

From its opening in November 1893 until its destruction by bombs in May 1941, the Queen's Hall dominated music life in the West End. The famous Promenade concerts were inaugurated there in August 1895, under the conductorship of Henry Wood, but transferred to the Royal Albert Hall after the Second World War. Since 1917, Wigmore Hall has been a small but very important venue for music lovers.

It was founded in 1901 under the name 'Bechstein Hall', and renamed after its location in Wigmore Street during the First World War. Concert life in London was given added impetus following the Festival of Britain in 1951. The Royal Festival Hall, with a capacity of 2895, was opened on the South Bank in May 1951. Nearby the Queen Elizabeth Hall and the adjoining Purcell Room were opened in March 1967 and the Barbican Centre in the city was opened in 1982.