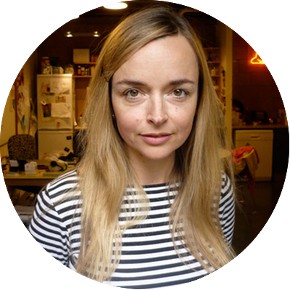 Bettina von Zwehl was Photography Artist in Residence at the V&A, January–June 2011.

Bettina von Zwehl was born in Munich in 1971 and received an MA from the Royal College of Art, London in 1999. She has built an international reputation for her subtle and unnerving photographic portraits. Her work has been exhibited in a number of galleries in Europe and the USA. Her series 'Alina' was commissioned by Photoworks and produced in collaboration with the Royal College of Music. 'Alina' was exhibited at The Photographers' Gallery, London in 2004 and in 'Photography 2005' at Victoria Miro Gallery, London. Her work has been shown at Lombard-Freid Fine Arts, New York and Galleria Laura Pecci, Milan. Steidl and Photoworks have co-published her first monograph in 2007.

In 2009 her series Profiles III was shown at the V&A Museum of Childhood together with her debut video, The Cannibalistic Stage. Von Zwehl's photographs can be found in the collections of the Solomon R. Guggenheim Museum, The Victoria and Albert Museum and the Rubell Family Collection amongst others. In 2010, von Zwehl has been commissioned by the National Portrait Gallery, London to create 10 portraits of olympic and paralympic athletes for the Project' Road to 2012'. Currently, Von Zwehl is working on a unique commission for the Photographers' Gallery London to photograph patrons of the Gallery. Bettina is a visiting lecturer at the University of the Arts London.

I began making portraits as a student at the Royal College of Art, where I adopted the 19th-century studio methodology that I first encountered as photographer's assistant in Rome, working on 10" x 8" film with a large-plate camera. As an artist I am drawn to the intensity of the resulting image and the descriptive power of the format. My work is an ongoing enquiry into the possibilities of portraiture and its fine nuances. With each series, I aim to depict psychological states in everyday life using controlled conditions to search for some note of perfect balance in which the sense of an intimate humanity might be revealed.

For almost a decade I have been researching the human profile and the hierarchic approach to portraiture that was applied during the Italian Renaissance. There is an uncanny quality to viewing a person in profile, related to what remains invisible and untold. This method of representation may have a cold, rigid aspect, with no indication of the subject's true character or emotion. To me it is one of the most powerful ways of representing a person. 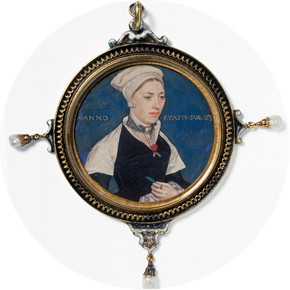 During my residency at the V&A I would like to create up to 100 small portraits in response to the Portrait Miniatures in Room 90a. I am drawn to this magical room containing the most fragile and light sensitive images. The experience of viewing the portraits in glass cases and through magnifying glasses at low light is one of the aspects I would like to explore and translate into a contemporary installation during my residency.

I will attempt to build a bridge between old and new by introducing the miniature size to my photographic practice. Further, I will experiment with unusual framing methods inspired by the fascinating variations of frames used to treasure images of kings, queens, patrons and often-unknown sitters. It would be fascinating to find out more about the artists and depicted sitters and to study the reasoning for certain methods of framing such as the use of playing cards and ornamental pearls. (e.g. Hans Holbein's portrait of Jane Small, about 1540, above right). I am also seeking to make a link between the uses of Latin inscriptions within painting miniatures through experimentation with language and text.

Equally, I am mesmerized by the iconic beauty of the Georgian Black Shades and nineteenth-century Silhouettes. The classical purity of line, the high black and white contrast and the lacking of eyes and ears would be central to my research and will offer a wealth of inspiration and ideas. The Department of Prints and Drawings at the V&A will be an invaluable resource to discover more image examples of early processes and silhouettes, which are not on display. The National Art Library at the V&A will offer text and image examples from different countries which will widen my knowledge of the history of the 'Profile view' in Medals, Miniature paintings and other small portrait types such as Plumbagos. Last but not least I would like to transport the idea of the painting miniature as portable art in the photographic work I will create at the V&A.

Other sources of inspiration

My work to date is fundamentally inspired by my fascination for the human face and human relations. Some influences that spring to my mind spontaneously are: 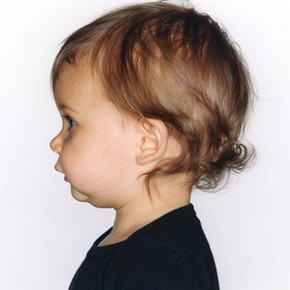 The 3 years I lived and worked in Rome as a photographer's assistant to Araldo de Luca; my analysis; the philosophy and rigorous photographic approach of Bernd and Hilla Becher, (i.e. to pick a theme and to follow it through all your life); Chinese Buddhist lime stone sculptures from the Northern Qi dynasty; blades of grass; Italian Renaissance portrait paintings (in particular the works of Agnolo Bronzino, Leonardo da Vinci and Piero della Francesca); sitting on a cushion for days during meditation retreats in Scotland - in an attempt to quieten my restless mind; the elegance and precision in the work of Irving Penn; my mum who still paints passionately at the age of 73 (?); psychoanalytic theory, in particular the evolution of psychoanalytic thinking on art and the unconscious roots of the artistic creative process (in particular the writings of Hannah Segal and Gustav Bychowsky); the music of Arvo Part; silence; rain; conversations; my family and friends.