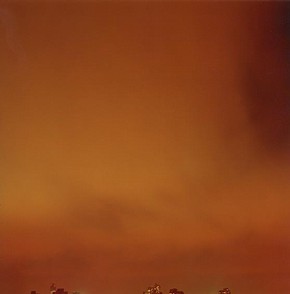 'The series calls into question our familiarity with our own natural habitat, pointing out the gulf between the sky that we believe we know, and that of the photographs: a gap between the mechanical, attentive and unassumptive vision of the camera, and the presumptive and subjective vision of the human eye.' Ori Gersht

Ori Gersht, born in Tel Aviv, Israel in 1967, works in photography and film. He took the photographs for the Rear Window series over a period of two years from the same window in his flat.

Shot without filters or other manipulation, they record dramatic skies above London and explore the optical effects that the light and atmospheric pollution of the city have on the sky above. Gersht uses the sky as a canvas for his experiments with the physical properties of photography. Through colour saturation, these almost abstract images assert both the primacy of natural light (the raw material of photography) and the ability of colour photography to interpret it. 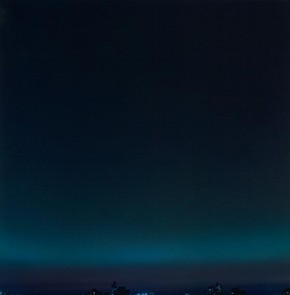 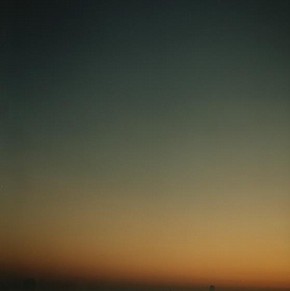 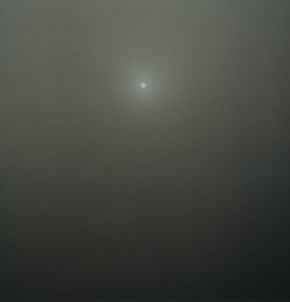 'The event is filmed with a high-speed camera at a rate of 1600 frames per second. Time is slowed down and the moment is stretched over long duration. Chaos, glare, beams of light illuminate the falling fragments and particles, which in return reflect and bounce light back.' Ori Gersht

Ori Gersht made Big Bang in 2006 specially for this exhibition. In it, he evokes twilight via a fusion of the sirens that sound in Israel and that he remembers from his childhood. There is the siren at dawn and dusk on Holocaust Day and Memorial Day that signals the call to remembrance; and the 'all-out war' siren that tells citizens to take shelter in the event of an imminent attack.

The sirens reach a human crescendo whose frequency shatters the on-screen still life, filling the frame with an explosion of refracted light and colour before darkness descends.

Created as the culmination of this exhibition, Big Bang goes beyond the notion of twilight as a potent-laden threshold from one state to another. Instead, it explores its breaking point, the moment of transition.

Written to accompany the exhibition Twilight.