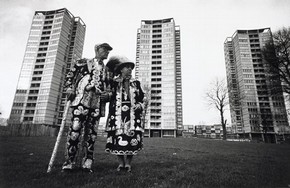 The pioneering weekly publication New Society was founded in 1962 and continued as an independent magazine until 1988. Focusing on everyday people from all corners of modern Britain, it carried articles on education, sociology, politics, economics and human geography. In a rapidly changing political climate, the magazine remained committed to improving the lives of the underprivileged through investigating the ethnic and non-metropolitan communities that constituted 'the other Britain'.

In addition to research by leading sociologists, New Society published the writings of a broad array of thinkers and critics, including the architectural historian Reyner Banham, the novelist Angela Carter and the social anarchist Colin Ward. By the late 1960s, its reputation for innovative content gave rise to weekly sales of almost 40,000 copies.

New Society was visually arresting. In its writing and its photography it consciously followed in the footsteps of Picture Post, for which its first editor and publisher had worked. The magazine carried a large number of illustrations and black and white photographs, which, as its editor Paul Barker wrote, 'helped to give statistics a human face.' In doing so, it engaged with young British photojournalists working in the tradition of 'concerned' photography and recognised early the talent of figures such as Brian Griffin, Martin Parr, Chris Steele-Perkins and Homer Sykes. Many have gone on to achieve wide acclaim.

This was a period in which photography achieved greater recognition in the UK. In New Society, art critic John Berger covered individual photographers, books on photographic theory and the growing number of photography exhibitions, including several at the V&A. 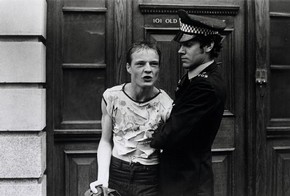 To celebrate New Society's 20th anniversary in 1982, editor Paul Barker and art director Tony Garrett organized an exhibition of photographs that had featured in the magazine from the late 1960s on. Most had originally been commissioned by the magazine, while some were from photographers' personal projects. Entitled 'The Other Britain', the exhibition was shown at the National Theatre, and then toured by the Photographers' Gallery to colleges and galleries around Britain. It was accompanied by an essay collection, also called 'The Other Britain'.

In 2005 Paul Barker donated the 49 prints from the exhibition to the V&A. This display comprises a selection of those photographs, by twenty-three photographers, alongside covers and spreads from the magazine. The photographs represent an important addition to the Museum's holdings and provide an insight into a significant chapter in British photojournalism.