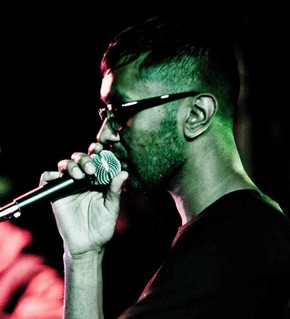 Jason Singh was Sound Art Resident at the V&A, January–June 2012.

Jason Singh was born in Tower Hamlets, East London in 1974. He had a natural attraction and awareness to rhythm, and took to drums and percussion from the age of two. At home he was raised to the sounds of Punjabi folk songs, Hindi film music, Reggae, Soul and Pop. He grew up surrounded by friends who both they and their parents were DJs and as a result, he was introduced to Funk, Jazz, Country and Western, Soukus, Soca, Calypso, Disco, House and Hip Hop music and culture.

From the age of 11 he started creating music using a Commodore Amiga 500 computer and also immersed himself heavily into DJ culture and Turntablism. Musically Jason was drawn to artists and genres such as James Brown, Kraftwerk, Public Enemy, Electro and Hip Hop. Beatboxing was also an integral part of his life, when there wasn't a drum kit around, he had his mouth!

He started collecting vinyl when he was 18 and also started listening to and experimenting with genres such as Garage, Jungle and Breakbeat.

He moved to Manchester in 1993 and very quickly started DJing and playing percussion at various club nights. Around 1999–2000 he was Djing and promoting a number of club nights playing many different musical styles including House, Garage, Drum and Bass, Breaks, Funk, Latin, Soul, Hip Hop, Bhangra and new genres of music that where inspired by the Indian sub-continent, but not necessarily ‘Indian’ music.

Between 2003–2011Jason facilitated music workshops which included DJing, Percussion, Music Production, Beatboxing and Music Therapy. His workshops have included sessions with toddlers, young people and seniors, and those from social and economically challenged backgrounds and young people with learning difficulties. He has facilitated workshops in youth centres, community centres, festivals, young offenders institutes, prisons, mental health institutes, schools, colleges and Universities in the UK and abroad. 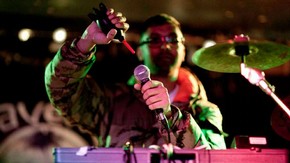 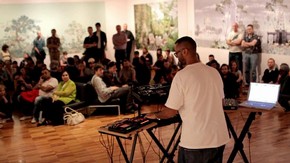 In 2004 Jason started writing music for theatre and also exploring experimental techniques of sound design by using turntables, voice, and also through manipulating and re-interpreting ‘found’ sounds. In that year he also collaborated with musician and composer Nitin Sawhney and featured on his album ‘Philtre’.  Jason collaborated with Nitin for a number of years which also included performances at the Electric Proms and BBC Proms at the Royal Albert Hall in 2007.

Since 2008 he has greatly diversified his creative practice. He now works across many art forms which include Sound, Music, Live art, Installations, Textiles, Animation, Contemporary, Khatak and Bharatanatyam dance, Film, Documentary and Poetry.  Jason facilitates and curates performances and collaborations and also performs extensively across the UK, Europe and India.

Jason has been the resident artist at the Contact Theatre in Manchester and also for Tutti Arts in Adelaide, South Australia. In 2009 he received a bursary from the PRSf to be part of a one year professional development scheme called the New Music Plus Producers Partnership. Between 2010 and 2011 he was the National Beatboxing Advocate for the Sing Up programme and is also an associate lecturer at the Manchester Metropolitan University.

At present Jason is developing his own vocal sound design and performance technique called ‘Vocal Sculpting’ which brings together experimental vocalising, overtones, beatboxing, Indian vocal percussion and computer hardware and software; and the live sampling and manipulation of the voice to create new sonic experiences.

Interest in the V&A collections 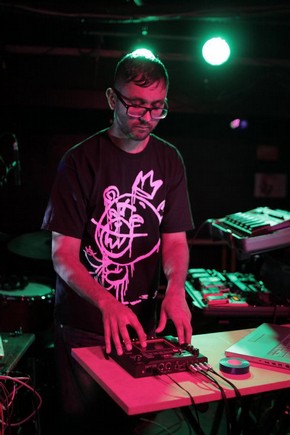 I plan to create new sound work using the Iranian, Afghanistan and Middle Eastern collections as my inspiration.  Through my interest in Sufi mysticism and poetry I continually find references to vessels such as jugs, cups and bowls. My aims are to use vocal sculpting, human beatboxing, experimental vocal techniques, poetry and bespoke audio software to explore the connections between objects in the collections and the notion of people as vessels and the ‘spirit’ contained within them.

Equally I am inspired by Islamic calligraphy and hope to gain a better understanding of this beautiful art form through the collections and archive.  As much as I am inspired by the meaning of which the words convey, I am also keen to learn more about the rhythm, rules and context of Islamic calligraphy and how these techniques could help develop new vocal sound pieces and cross art form practices.

My intention is to gain a deeper understanding of the human condition through the objects in the collections. I am particularly interested in the blessings, Sufi poetry and ghazals which can be found on so many of the jugs, rugs, paintings, cups and Fritware vessels and will explore new ways of bringing these words and the objects themselves to life using the voice and technology. I also intend to develop sound pieces which will help blind/partially sighted people to experience the objects within the Iranian, Afghanistan and Middle Eastern collection in a completely new way.

The free Open Studios gives you a chance to meet the Residents, ask questions about their work and offers a fascinating insight into the processes that creative practitioners use to develop their ideas.