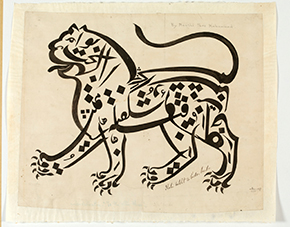 As a writer and curator, my research is located within futures studies in relation to visual and material cultures.  My current work is on the historical role of museums in the imagination of the future and how changing ideas and movements are expressed through the history of collections. My research includes both the historical dynamics behind the construction of futures knowledge, and the current methods of futures construction in a range of institutions.

I currently combine Senior Research Fellowships at the V&A and Imperial College London and have previously worked at the Universities of Oxford and Glasgow, the Royal College of Art, the Science Museum and the National Portrait Gallery, as well as the Smithsonian Institution in Washington DC. My major exhibition, Future Face: Image, Identity, Innovation, funded by the Wellcome Trust at the London Science Museum, explored the history of the face as a 3-D bar-code of identity and what faces might be like in the future.

My V&A role has included leading research and seminars on cross-sector future expertise, funded by an AHRC exploratory award, including a series of podcasts. I am developing international research collaboration between museums and galleries, universities, industry and government agencies both on how such organisations use the past to shape ideas and provoke debate about the future, and how we might engage wider publics in these debates.

I am also co-ordinating V&A research in partnership with the Bard Graduate Center, New York, for an exhibition and related publications on John Lockwood Kipling. I have British Council funding for related research into the archives and collections of the Lahore Museum, Pakistan, and to organise a workshop at the Lahore Museum and symposium at the National College of Arts, Lahore in 2016. I am currently organising an international conference at the V&A to accompany the exhibition in 2017.

For the past three years, my research has focussed on three aspects of the exhibition and its related publications:  Lockwood Kipling’s curatorship of the Lahore Museum, his journalism over 25 years in India, and his influence on his son, the short story writer and poet, Rudyard Kipling.

For more information, please see my LinkedIn and Academia.edu profiles.

Research RCA: Art, Design and Communication, the first ever Research Exhibition at the RCA (2007)

‘The Research Environment’ in Art and Research: Can Artists be Researchers?  (Verlag/Wien, 2011), eds. Janet Ritterman, Gerald Bast and Jurgen Mittelstrab, 153-167

‘Shaping the Human: the New Aesthetic’ in Human Futures: Art in an Age of Uncertainty (FACT and Liverpool University Press, 2009), ed. Andy Miah, 82-99

‘Facing up to the Future’, New Scientist (Special Edition to accompany the Future Face exhibition at the London Science Museum, Oct 2004)