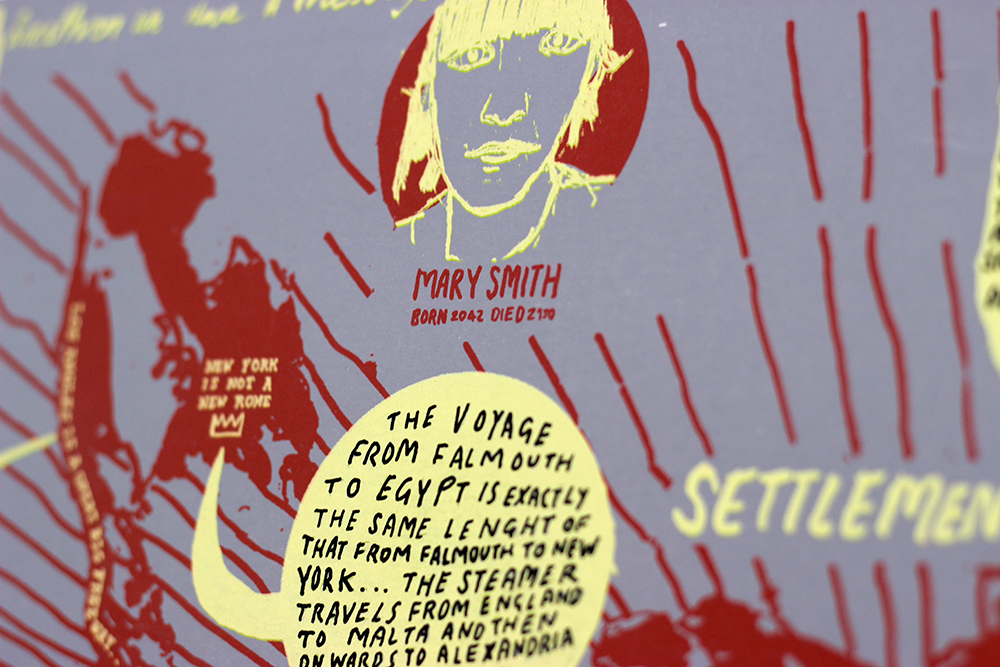 Vincent Larkin is an artist who despite being born in Melbourne, Australia has lived most of his life in the UK.  His practice is based around the idea of the uncomfortable narrative; the overlaps and diversions in the way we tell the story of ourselves. In the pursuit of this idea he uses book form, printed media, web-based media and sometimes song.

Vincent has recently gained an MA in Authorial Illustration from Falmouth  College of Art. In the past year his work has been exhibited at the Bookartbookshop in London, and featured as part of the Tate Britain’s Source Spotlight Display for the Pattern, Graphics, Print month. Previous to this Vincent has been involved in illustrating articles dealing with philosophy and history for the Pictograma Magazine, based in Seville, Spain.

Before embarking on his recent MA, through various music based projects and collaborations, Vincent released LPs with labels such as Upset The Rhythm and Gringo Records. As part of the band Spin Spin the Dogs he has performed at venues and arts festivals across the UK, in locations such as the ICA in London and the BALTIC in Gateshead. 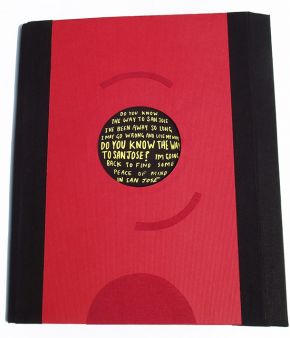 My work is made up of drawings and books that explore individual stories and ideas formed from contemporary and past events, big and small. I am interested in the patterns these stories can form, forcing into focus the inescapable weirdness of our world today. My books are designed to immerse the reader in a depiction of this world.

I'm interested in documenting and playing with points of convergence both historical and cultural in a way that exposes oddities and uncomfortable patterns of events that often contradict our assumed realities.

Narrative is an important feature of my works’ operations, however the narrative I use is often presented skewed and abstracted.  I do this to represent and make sense of the competing always-available stories of today; I have to abstract narrative in order to communicate.

This is the case in my previous work ‘Do You Know The Way?’ a world map that chooses to depict various events whist omitting most others from the years 1310 towards 2235. In its aspiration toward the hopelessness of including everything, the narrative within this map book has become skewed, scattered and abstracted. For most other maps, hidden behind the facade of longitude and latitude is a manic imagined apparition, formed from many conflicting ideas and power bases. This map is attempting to bring that apparition to the forefront. 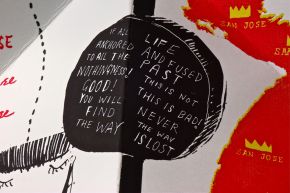 During my residency period, I intend to create two separate hand-made illustrated books. The first book will tell a specific story of pre-1963 British popular music with reference to the V&A’s Harry Hammond photographic collection. The second book will explore the story of our music today, informed by dialogue with visitors to the V&A.

I am also planning a performance that will explore the music created in Britain prior to 1963. This performance will attempt to engage the V&A’s audiences into one aspect of my inquiry at the V&A; that of the way we understand and recall music.  The rational behind the performance would be to create a musical portrait of the pre 1963 British popular music and place it in a the V&A context. I want it to operate in a similar way to the plaster cast of Trajan's column: I want these songs of cultural weight and importance to act as reproduction of the originals, made available to our present time.

These ideas are compounded in friendly 1990’s pop musician, Damon Albarn’s quote below:

“With mainstream pop music, it's like we've gone back to show business again. It's a pop landscape that exists like Dylan and the Beatles never happened."

It's this mindset that I want to investigate and why the Harry Hammond photographic collection is key. What this collection can be seen to tell is a story of popular music as pure entertainment in transition towards this world that Damon Albarn is alluding to. Artists like Little Richard and Buddy Holly represent the nucleus of this movement and they are both documented within the Hammond’s photographs, right at the point that this strand of American popular music was being assimilated and understood by musicians in Britain. This is the moment where popular music could be seen to be making the transition from entertainment towards art.

I hope that by focusing my residency on Harry Hammond’s photographs, I can encourage others to acknowledge and consider the strange, sometimes overlooked, origins of the pop music of the western world.