'The Importance of Being Earnest': Notable productions

The universal themes of ‘The Importance of Being Earnest’ and the witty way in which its author, Oscar Wilde, conveyed them have made it an enduring classic, popular with actors, directors, and audiences.

There have been more than 300 professional productions of the play in the UK since 1900, in every style of venue from proscenium arch and thrust stage to theatre-in-the-round and open air. Casts have ranged from established West End stars to all-male, all-female and all-black actors and from modern dress to period setting. Four notable 20th-century productions are highlighted below. 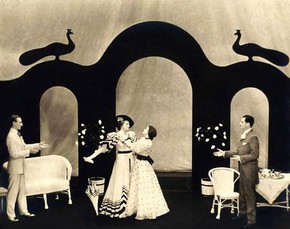 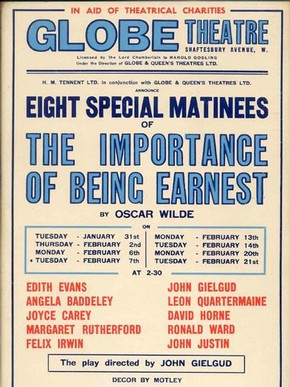 The emphasis on surface appearance which Wilde satirises in ‘The Importance of Being Earnest’ is strongly reflected in the design and production values of early 20th-century revivals of the play.

The sets and costume were highly stylised and actors employed a similarly heightened artificial style of speaking and moving. Images from the Lyric Hammersmith production of 1930, directed by Nigel Playfair, show this very clearly. The actors are all carefully placed and appear stiff and unnatural, conveying the restrictions of dress and manner dictated by Victorian society.

This version starred John Gielgud as Jack. At the time Gielgud was a rising star famed for his beautiful voice and striking profile. He went on to repeat the role three more times, as well as directing the play on two separate occasions.

Directed at the time by Gielgud, this version was regarded at the time as the definitive production of the 20th century. It was produced by H.M.Tennent, one of the leading theatrical managements of the period who were famed for their lavish and starry productions. It was designed by Motley who produced a detailed set which was very different from their usual minimalist style, but true to Wilde’s elaborate stage directions. Gielgud’s direction was similarly faithful to the text and the Edwardian style. One critic noted that:

'Gielgud has wisely kept this little masterpiece as one of the objets d’art `one saw on Victorian mantelpieces, under a glass case.  The diction is mannered, and the movements studied; thus bringing out the best in the author's lines'.
Illustrated London News, Aug 26 1939

The cast contained some of the best, and best known, British actors of the time: Peggy Ashcroft as Cecily; Gwen Ffrangcon-Davies as Gwendolen; Margaret Rutherford as Miss Prism, Jack Hawkins as Algernon, Gielgud as Jack and Edith Evans, whose delivery of ‘a handbag’ is still mimicked today, as Lady Bracknell.

Oscar Wilde’s friend, Lord Alfred Douglas, visited Gielgud in his dressing room after seeing the show, but much to Gielgud’s disappointment was unable to give him any idea of how the original production had been performed. Instead: ‘He merely insisted that most of the best lines in it were his and that he had stood over Wilde when he was writing it’.

Talawa’s was the first all-black production in London, directed by Yvonne Brewster. Rather than altering the script to accommodate ‘blackness’ or trying to subvert the play’s values, Brewster reasoned that the theme of identity and trying to work out one’s origins made it relevant to all sectors of society in Britain, black Britons in particular.

The critical reception of the play showed that this was a wise decision. Every reviewer noted that the play was entirely faithful to the original in everything but the colour of the actors, and so judged the production on the strength of their acting rather than the interpretation of the text. As Nicholas de Jongh commented in the Guardian:

'[Yvonne Brewster] has not transposed the play to black territory, with different, if analogous manners and conventions. She has not turned it upside down with black masters and white servants. The revelation of this production is that the sight of black actors inhabiting the skins and minds of upper class white Victorians does not seem strange or perverse'.
The Guardian, 18 May 1989. 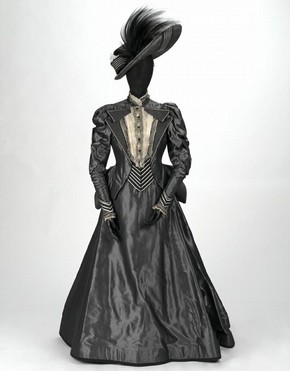 Another all-star, period dress, version of the play, directed by Nicholas Hytner. Maggie Smith made her first stage appearance in London for five years as Lady Bracknell and critics were divided over her new interpretation of the role. For some, she exaggerated the comic elements of her character too much, but for others, her performance was a breath of fresh air:

'The role of Lady Bracknell has always been haunted by the formidable ghost of Edith Evans, but at last another theatrical Dame has stolen the coveted crown and placed it firmly on her own head. Maggie Smith, with her handspan waist and sucked-lemon lips, is totally commanding.'

Designer Bob Crowley gave the set an exaggerated sense of perspective which foregrounded the constant distortions of the truth throughout the play and reinforced the idea that nothing is quite as it seems.