The origins of rock & pop

The origins of rock & pop 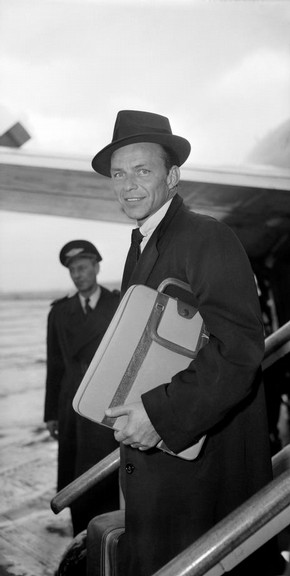 As rock and pop music is a 20th century phenomenon, the artists and songs have been preserved in many more ways than those of earlier eras. We are not limited to written accounts of the performances or artists’ impressions of the appearance of singers and musicians. Thanks to photography we have plenty of visual records and the development of sound recording has advanced from early phonographs to the sophisticated digital techniques of today. We even have the two combined in film and television recordings.

As a result, the amount of rock and pop memorabilia is huge. Collectors look for LPs and singles - or even just the record covers, concert tickets, programmes and, of course, photographs that capture a moment in time in the constantly evolving music business. Actual artefacts or costumes worn by the great stars like Elton John can command tens of thousands of pounds at auction.

In the first half of the 20th century a singer’s popularity wasn’t judged by chart success or record sales. Record players weren't even generally affordable until the 1920s so popularity was still measured by the sales of sheet music. Although it might have a picture of the singer associated with it on the cover, you had to take it home and sing it yourself.

The arrival of sound recording, radio broadcasts and, later, film musicals meant individual singers' voices reached much wider audiences. The ability to sing live, whether in a small club or with the increasingly popular jazz orchestras and big bands, was still important, but a more intimate style became possible with the new microphones.

For the performers here, singing was all about what they brought to the well known songs, ‘the standards’, by the great composers like Cole Porter, Irving Berlin, George Gershwin, Johnny Mercer or Sammy Kahn. Some were songs that had already established themselves in the standard repertory, others were written especially for them. 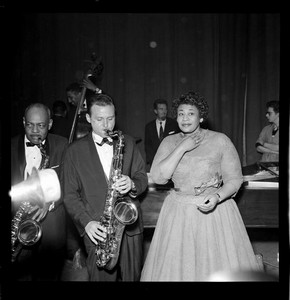 Stars like Frank Sinatra and Ella Fitzgerald were adored for the skill they brought to interpreting the lyrical wit and melodic genius of the songs, as well as the character and beauty of their voices.

Ella Fitzgerald was one of the greatest singers of all time. No one could interpret the great standards of the American songwriters – Rodgers and Hart, Kern, Johnny Mercer – like her, approaching each song with an honesty and integrity that made her audience hear them as if for the first time. She was equally famous for her scat singing, using syllables instead of words to improvise like a jazz musician.

Like that of many black performers, her childhood was one of grinding poverty and deprivation. She was 15 and living on the streets when she won a talent contest and was taken up by a member of the accompanying orchestra, Chick Webb. By 20, her record A Tisket, A Tasket brought her national fame. From then until her death in 1996, aged 78, she never lost her popularity with her public nor the admiration of her peers. ‘God gave me a voice,’ she said, ‘something with which to make other people happy.' 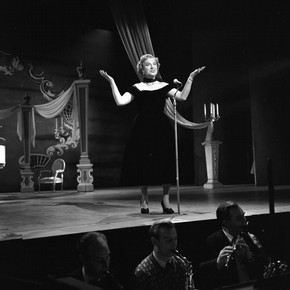 This photograph of Gracie Fields in performance at the London Palladium was taken by Harry Hammond. Always known as ‘Our Gracie’, she was one of the greatest female performers Britain ever produced. If anyone succeeded to the mantle of Marie Lloyd, it was Gracie, but her fame extended beyond the music hall and beyond Britain. In the 1930s, she was one of the most popular British film stars and by 1938 she was the world’s highest paid star.

During World War II she left England with her Italian-born husband, but still raised millions in America for war charities and regularly appeared in concerts in England and for troops in every theatre of war. But the charge that she had abandoned Britain stuck and her popularity was in doubt when she starred at the London Palladium in 1948. She told no one what her opening song would be. She came on to polite applause, stood centre stage and sang the opening lines of La Vie en Rose – Take me to your heart again – and the public did. 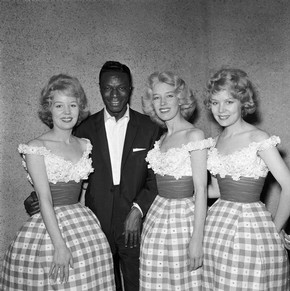 This photograph brings together two of the most popular singing acts of the 1950s, America’s Nat King Cole and Britain’s Beverley Sisters.

Cole died young in 1966, leaving records that ensured him immortality among the great romantic ballad singers. The frisson comes from the tension between the calm certainty of the voice and the deep emotion held in check. He had the priceless gift of intimacy, making it seem that he was singing individually to every person in the audience.

In contrast, the close-harmony singing of the Beverleys radiated effervescence and joie de vivre. Joy and twins Teddie and Babs really were sisters, the daughters of music hall performers, and were discovered by legendary American band leader, Glenn Miller. In the 1940s and 1950s, they were everywhere, on radio and television, in variety, summer shows and pantomimes. Then they retired into family life. One night they went to Stringfellow’s to hear their own daughters perform. Peter Stringfellow spotted them and persuaded them to sing – it marked the beginning of a comeback which lasted through the 1980s and 1990s.

Rock ’n’ roll developed in North America from a fusion of different types of music from the black and white communities. Rhythm & blues, jazz, black and white gospel, and country & western music all went into the mix in varying amounts depending on the artist. In the 1950s, as teenagers emerged as a distinct social group, rock and roll became their music - the first time that a musical movement was aimed specifically at adolescents. The songs were often about teenage angst, from the Everly Brothers’ Bye Bye Love to Elvis Presley’s Heartbreak Hotel. The older generation thought the music over-sexual and anti-social, but the tide was unstoppable.

In Britain in the 1950s, rock ’n’ roll was almost as great a phenomenon as it had been in America. Radio stations and imported records kept British youth up to date, and ensured a rapturous audience when a star like Bill Haley came to visit. By the late 50s and early 60s, local ‘skiffle’ bands were springing up all over the country. Skiffle was a rough fusion of blues, country, folk and rock ’n’ roll played on acoustic instruments. From Glasgow to London, British bands were producing their own sound.

However it was when The Quarreymen (later The Beatles), a skiffle band in Liverpool created a definably British sound within the new music, that the British rock ’n’ roll phenomenon began to roll. The new sound was exported back to the United States, and in its wake developed the great 60s bands like the Rolling Stones, The Who and Pink Floyd.

The dictionary definition of a diva is, quite simply, ‘a distinguished female singer’. It was first used to describe the great opera singers in the 1880s, but the word has taken on additional nuances over time. Just as 'prima donna', literally the 'first woman' or lead female in a production, has come to mean someone who behaves temperamentally (probably because so many of the 'first ladies' let that title go to their heads), diva is not as straightforward as the dictionary would have us believe.

Diva now implies someone 'larger than life', someone exceptionally glamorous, to the point of being over the top. There is also an implication of surviving a hard life, or having succeeded against tremendous odds, even a sense of being a victim, and it therefore also carries a hint of a sadness underlying the glitz and glamour. There can be no argument that the performers gathered here are all distinguished female singers, but they fit the bill as divas in many of the other ways too.