Three Watercolours from the Paper Museum of Cassiano dal Pozzo 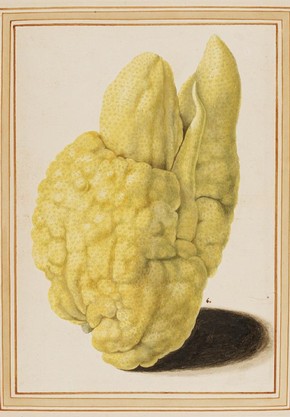 These three watercolours once formed part of the museo cartaceo or 'paper museum' assembled by the 17th-century Roman antiquarian and collector Cassiano dal Pozzo (1588-1657). This was a vast visual encyclopaedia of the ancient and natural worlds, consisting of thousands of drawings and prints.

Cassiano was a member of Europe's first modern scientific academy, the prestigious Accademia dei Lincei ('The Academy of the Lynxes'), established in Rome in 1603 - half a century before either the Royal Society in London or the Académie des Sciences in Paris. The Accademia, which numbered Galileo amongst its members, placed great emphasis on observation as the key to understanding the mysteries of nature.

For his paper museum Cassiano commissioned artists to make drawings directly from specimens. The resulting works were intended to be clear and objective scientific records. Little is known about these artists, due to the documentary bias of the visual encyclopaedia. However, many of the drawings are attributed on stylistic grounds to Vincenzo Leonardi, who was often employed by Cassiano.

Cassiano was particularly interested in abnormality, both in animals and plants, and commissioned numerous watercolours of misshapen fruits. His interest was based on the belief that a study of abnormality could result in a better understanding of normal growth. The deformity in the citron is caused by the action of a mite on the bud of the flower. At the time, however, this was not known - one explanation of the digitated, or 'fingered', appearance of this fruit involved the tragic transformation of a mythical youth into a citrus tree.

The way in which the sour orange is depicted, with the fruit shown both whole and halved, is typical of the representation of natural specimens in the paper museum. An engraving was made after this drawing and published in 1646 in the Hesperides by Giovanni Battista Ferrari, a treatise on the cultivation of citrus fruit. The scroll which is indicated in black chalk on the drawing was probably added in the printmaker's workshop. In the engraving it is inscribed with the name of the species.

Cassiano was also interested in the previously unknown species which at this time were being imported to Europe from the Americas, and sought to include them in the paper museum.

The thorn apple was one such plant. Its white flower, which opens during the night, emits an unpleasant smell, giving rise to the name erba puzzola or 'stinking plant'. Another name to have become attached to it is mela del diavolo, or 'devil's apple', a reference to its spiny fruits. The plant has hallucinogenic properties.

Almost 50 years after Cassiano's death his paper museum was purchased from his heirs by Pope Clement XI Albani. It then entered the collection of the Pope's nephew Cardinal Alessandro Albani in 1714, and in 1762 was purchased - though not in its entirety - by George III. The bulk of the paper museum remains in the Royal Collection to this day, with the exception of a large group of natural history drawings (including these watercolours) that were sold from the Royal Library at Windsor in the 1920s. The V&A acquired these three watercolours in 2009, and they have joined the museum's important collection of botanical drawings. They can be seen in the Prints and Drawings Study Room. 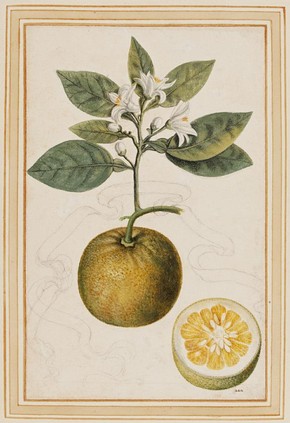 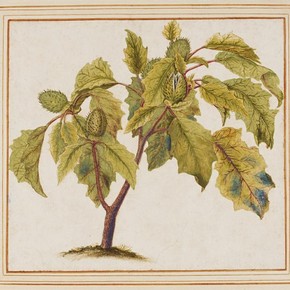