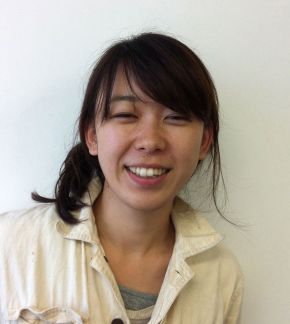 Keiko Masumoto was born and grew up in Tatsuno City, Japan. She studied Ceramic Art at BA and MA level at Kyoto City University of Art where she became especially interested bringing together the traditional Japanese ceramic craft with fine art concepts. Her work has appeared in numerous exhibitions in Kyoto, Tokyo, Kobe and internationally in London and Seoul. Keiko exhibited at the Hyogo Prefectural Museum of Art with a solo show developed for the Touch and Sense series, a hugely popular annual exhibition of sensual gallery experiences for blind and partially sighted people. Keiko currently teaches at Kobe Design University, and from 2007 to 2010 she taught at the ceramic studio in Fumonsha, Kyoto. 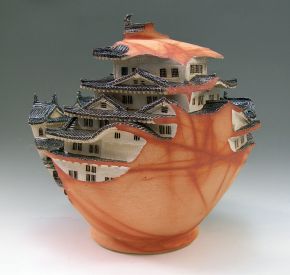 The vessel is a utilitarian form, designed and made to contain foods, drinks, flowers and plants. There are vessels that are placed for visual appreciation, highly decorative pieces, for which, in fact, do not need to form as a vessel. I am interested in bringing together the vessel and decorative motif so that the balance between motif and vessel is more equal. I try to subvert traditional ideas of the vessel, so that the motif is the form, and the vessel the decoration.

My work requires many traditional Japanese and Korean ceramic skills such as hand-building and throwing on the wheel. I tend to use a variety of clays, glazes and decoration techniques.

An important tradition in Japanese culture, which is closely linked to the ceramic crafts, is the formal practice of Tea Ceremony. Since I was a teenager, I have studied the art of Tea Ceremony, a tradition that continues to be practiced in contemporary Japan. This tradition gives my work a subject base for subversion. I have made work that references the traditions and processes of Tea Ceremony and explored making these into dysfunctional conceptual sculptural forms based on the functional tea-bowl. 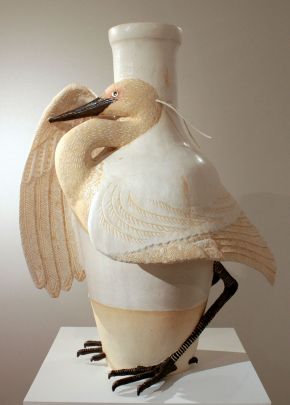 I find great inspiration in historical decorative Asian ceramics and cultural traditions. Ceramics has a strong resonance in both historic and contemporary Japanese society, and the wider cultural traditions are a focus for me in my work.  I regularly turn to museum collections for research for my work. I am interested both in motif, but also in making process and learning about ceramic skills.

At the V&A, I am particularly interested in the trade and exchange that existed between Japan and Europe during the Meiji period – this was between 1868 - 1912 when Japan began to trade rather than operate in isolation. I hope to experience objects exported by Japan with a European gaze, and then to explore the possibility of re-modelling them using my own visual interpretations.

As part of my residency, I will open my studio weekly to visitors to the V&A. I want to inspire visitors with my ceramic practice and invite them to see the processes I use to create my work. I will be working with British clays, which may have different qualities to those found in Japan.

I will be running a programme of ceramic workshops during my residency, including a weekly ceramics workshop for families during the summer holidays, a clay hand-building workshop series for blind and partially sighted visitors, a workshop for a school and I will be giving a demonstration at the Aberystwyth International Ceramics Festival on 29 and 30 June.