The Fabric of India: A Global Trade 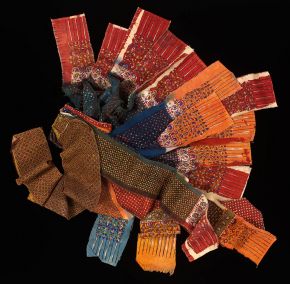 Merchant’s samples of block-printed cotton, Vasna, Gujarat, India, for export to Thailand, 1869. Museum no. 1707 (IS), © Victoria and Albert Museum, London

Indian textile-makers exported a vast range of luxury and utility fabrics to the Middle East, Mediterranean, Africa and Asia for centuries before European merchants arrived in the wake of Vasco da Gama’s discovery of the sea route to India in 1498. By the 18th century, Indian makers were responding to demands from as far away as Japan and the Americas. Their skill lay not only in the mastery of textile techniques – spinning, weaving and dyeing – but also in meeting the different needs of these markets. Bright and flowery chintzes for Europe did not suit the tastes of South East Asian buyers, any more than would the checked cottons destined for West Africa. The ability of Indian artisans to know their customers and adapt their making accordingly made the success of Indian textiles truly international. 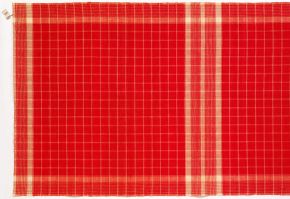 The earliest surviving fragments of Indian fabric remind us that most of India’s vast cloth trade has been in everyday, utilitarian textiles. Ancient household furnishings, tailored garments, accessories and even pieces of sail-cloth made of Indian cotton have been recovered from sites as far-ranging as Chinese Central Asia and the Middle East. Identifiable by its fibres and spinning method, Indian cotton dating back 6000 years has been excavated in Jordan, and pieces of plain cotton fabric from the first century AD have been found on Egypt’s Red Sea coast. 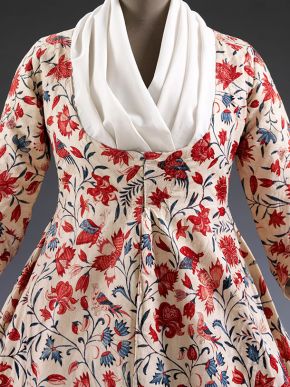 In 1498 the Portuguese became the first Europeans to reach India by sea. There they encountered a well-established trading network. Indian textiles were initially seen simply as goods to be traded for Indonesian spices, but by the time the English and Dutch East India Companies arrived in 1600 and 1602, there was a ready market for Indian cloth at home. Over the following 250 years huge quantities of luxury muslins and chintzes were imported alongside inexpensive handkerchiefs, ginghams and calicos – often at the cost of the exploitation of Indian weavers. Indian textiles designed to suit western tastes overwhelmed European, especially British, textile manufacturing until the Industrial Revolution. 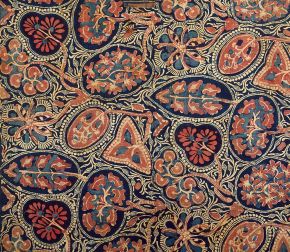 Heirloom textile, block printed and dyed cotton, Gujarat, India, about 1340-1380. Purchased with the assistance of the Art Fund. Museum no. IS. 96-1993, © Victoria and Albert Museum, London

Indian textiles have been traded to South East Asia for nearly 2000 years. They were prized as wedding dowry, ritual objects, ceremonial dress and even as currency. As with India’s other export markets, many types of cloth were made specifically for the different tastes of this wide area. They included block-printed cottons, ikat fabrics and woven silks from Gujarat, and fine chintzes from coastal south-east India. As well as treasured heirloom pieces, simpler printed cottons also catered for everyday use.