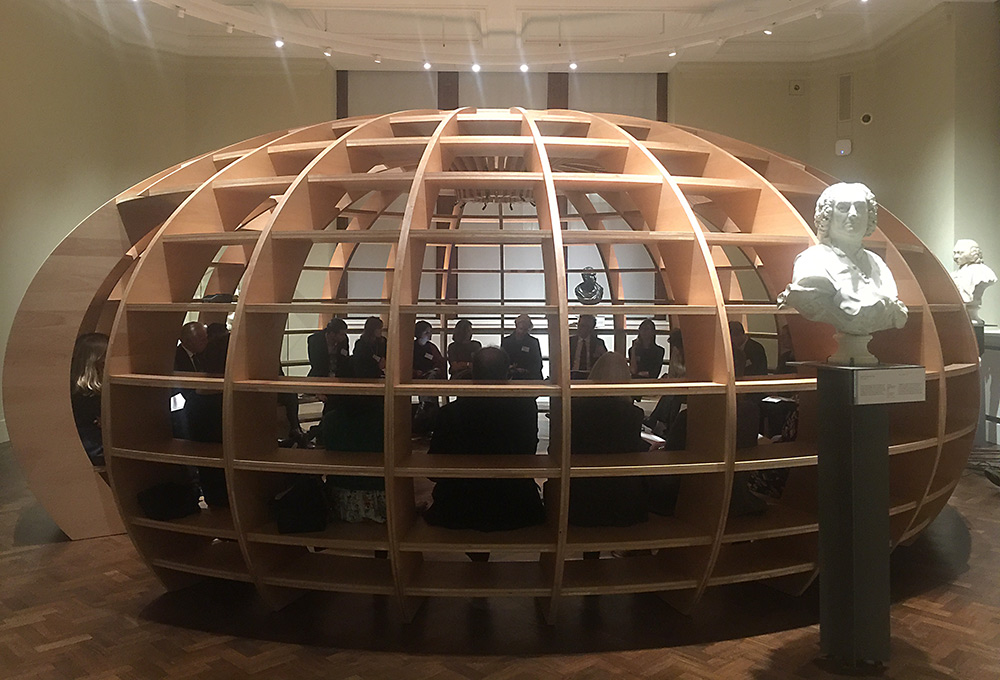 The salons of 18th-century houses were rooms for conversation, entertainment and relaxation. They were also among the places where the ideas of the intellectual movement known as the Enlightenment were debated.

Enlightenment thinkers challenged ideas supported only by tradition, including those of the Catholic Church. Instead, they championed analysis and clarity. Through reason and scientific observation, they sought to reform society and change the way people think.

The Salon display is supported by DCMS/Wolfson Museums and Galleries Improvement Fund. 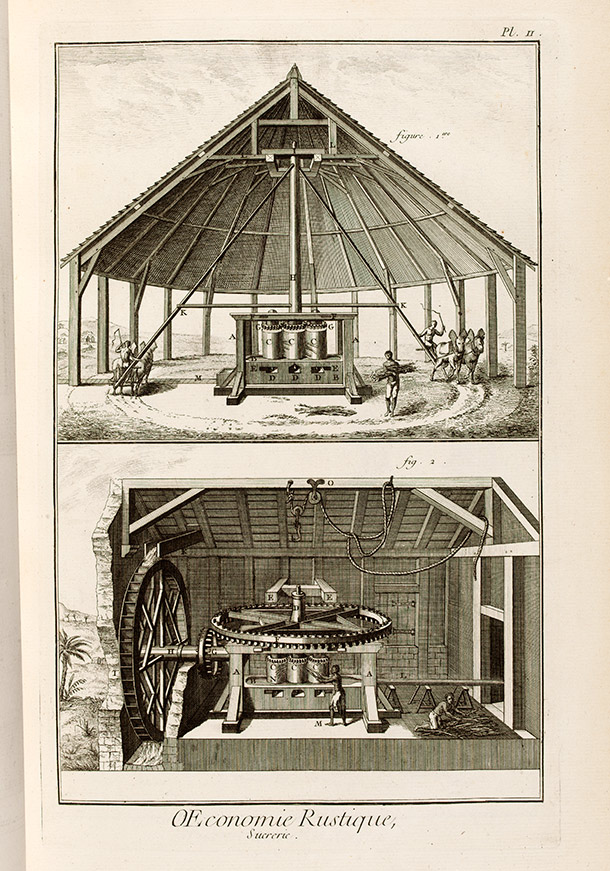 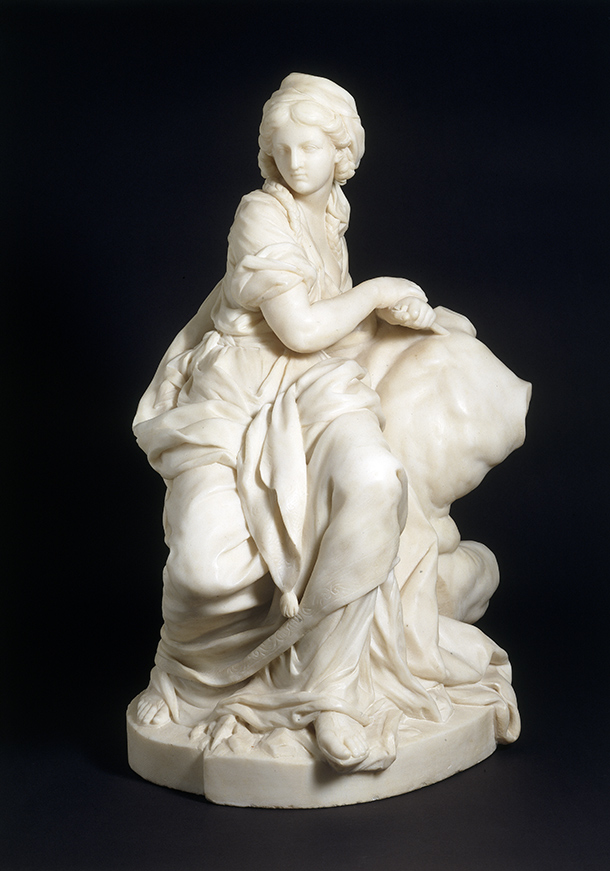 Allegory of Sculpture, by Etienne-Maurice Falconet, about 1746, France (Paris) marble. Museum no. A.5-1957, © Victoria and Albert Museum, London

A key Enlightenment publication was the influential and controversial Encyclopédie. Edited by the philosopher Denis Diderot, the Encyclopédie intended to encompass all human knowledge.

Find out more about the Encyclopédie

At the centre of this room is a specially commissioned artwork, The Globe. This installation by the Cuban art collective Los Carpinteros (The Carpenters) is a response to the theme of the Enlightenment.

The structure refers to several images from the Age of Reason. It can be viewed variously as a hemispherical map of the world, a bookcase, an interior from a great library classifying all human knowledge, a symbol of the universe, or an architectural model. It can equally be interpreted as a cage – an important reference for Los Carpinteros being the late 18th-century ‘panopticon’, a circular jail in which a single guard located at the centre could keep watch over hundreds of prisoners.

Like the salons of the 18th-century, where the ideas of the Enlightenment were debated and where music was performed, The Globe provides a space for conversation and special events.

Dagoberto Rodriguez Sanchez: We've been working together for nearly 24 years. We start very early when we were at the university in Havana and we developed so many ideas that we couldn’t actually make them. So we keep working, trying to make the next new idea.

Marco Antonio Castillo Valdes: We get addicted to the work that we're doing (Laughs).

Joanna Norman: Los Carpinteros have essentially built for us a building within a building, and that is to us, our salon. So we’re reflecting back to the idea of eighteenth century salons as the place for informal debate and discussion of ideas around politics, religion, travel, art, literature, all the subjects of the day, and this is our version of it.

DRS: We wanted to make a panoptical structure, specifically a prison, into a library.

MACV: Panopticon is about control, the people can enter here and see the whole room through the centre of this structure.

JN: With this form you can see the curve and the size of the globe, visitors will get  a really good view of it from quite a distance away, and so we hope that that will draw them right up towards it.

DRS: This place is probably going to have different users, no? It is a sculpture, it’s a piece of architecture also, it’s a piece of furniture at the same time and it’s going to do a few services – one of these services is for conversation. This is in a special environment, you have to come here, you have to be in here to see how peaceful it is, how involving it is.

MACV: It’s a little building inside a building. So it’s a structure, it has it’s own personality.

DRS: The third thing, is the relationship with the space, it’s big. It’s very big but it’s gentle to the space.

MACV: But it’s not that big?

DRS: It’s very gentle and it’s soft, there’s a nice relationship with the roundness of the ceiling.

JN: The globe encompasses and it brings you in and draws you towards it’s centre.

MACV: This is an object to be used, to be touched and we love it! (Laughs)