Fashions for porcelain in Europe

Fashions for porcelain in Europe

In the 18th century, European aristocrats and monarchs often founded porcelain factories as a sign of prestige. Their factories created luxury dining wares, porcelain figures (essentially a new ceramic type) and other ornaments in the latest style.

The European porcelain figure was invented in the 1730s by the Meissen modeller J.J. Kändler. He introduced many of the subjects and sculptural conventions still followed today. The earliest examples were often made as table ornaments for grand meals, replacing figures formerly made of sugar paste and wax. But the figures were soon widely used alongside vases and other ornaments to decorate room interiors. 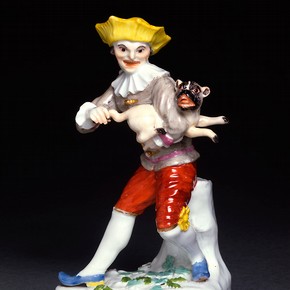 Harlequin with a Pug Dog by Johann Joachim Kändler, Meissen porcelain factory, about 1740. Museum no. C.9-1984. 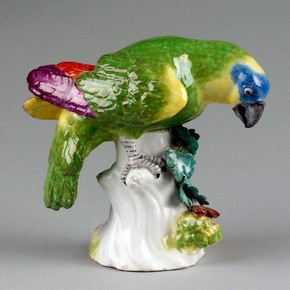 French porcelain factories made a range of luxury wares for use in bedrooms and private apartments. Women often had covered bowls for broth at their dressing tables, which would have been adorned with similarly styled porcelain cosmetic pots, ewers and basins. For the sick, covered cups for milky drinks were provided. 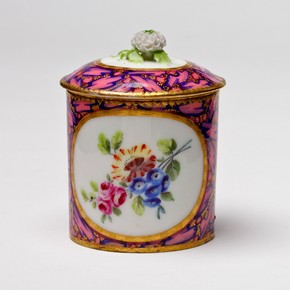 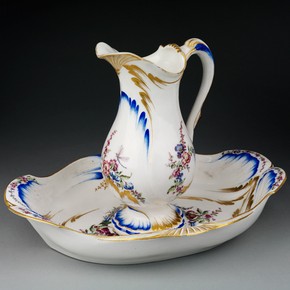 As the dining habits of the rich grew more elaborate, European porcelain factories responded by making services with matching decoration. They also supplied a host of specialised wares intended to perform specific functions at table, particularly for serving the dessert course. Porcelain tureens and tiered centrepieces often served as the focal point for table decoration. 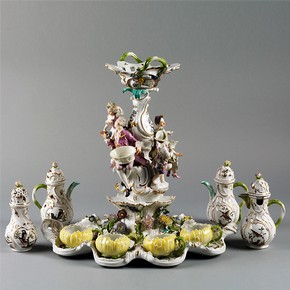 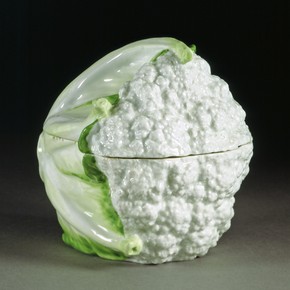 In contrast to the continental porcelain factories, those in England were mostly commercial ventures and operated without noble or royal financial support. They were run by entrepreneurs and artisans, and much of their output was aimed at the middle market. Many specialised in cheaper lines, notably blue-and-white and transfer-printed wares, the latter an English innovation of about 1750. 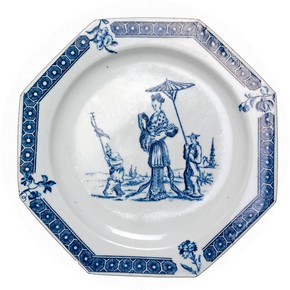 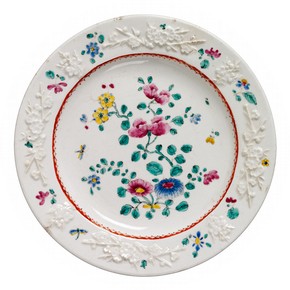