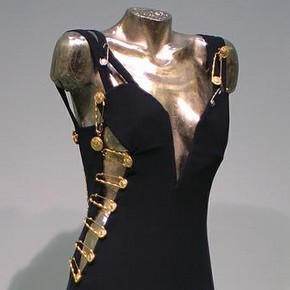 Gianni Versace (1946–1997) is one of the most colourful and talented designers of the late 20th-century. Versace was born in Reggio Calabria in Southern Italy. His first independent collection was launched in Milan in 1978 and subsequently, aided by the talents of his brother Santo and sister Donatella, he forged the vastly successful Versace empire.

At the time of his death in 1997, Gianni Versace was one of the most famous fashion designers in the world. In less than twenty years he had created an international company that put Italy on the fashion map and forged an unrivalled reputation for luxury and glamour. 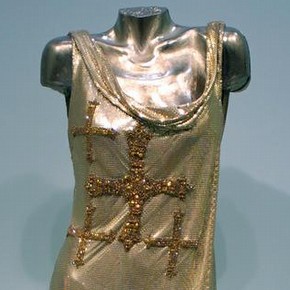 Versace’s immense drive and singular commitment to fashion resulted in significant achievements. Eclectic and profligate, he showered his clothes with references, forged unlikely alliances of materials and concepts. He combined exquisite dressmaking with a brazen defiance of the rules of fashion.

Versace’s couture designs were created for the super rich but his impact was felt across a wider section of society through diffusion lines. Stylistically accessible and instantly recognisable, Versace’s fearless designs came to epitomise the 1980s and 1990s.

Versace was determined to enliven daywear. He added risqué factors such as bondage-like fastenings or seductive pleats to superbly crafted suits, created tantalisingly tactile leather garments, and dressed men and women in ebullient prints from head to toe. The late Richard Martin, of New York’s Metropolitan Museum of Art, wrote:

'His menswear was genuinely revolutionary, insisting on men as sex objects. He became the standard-bearer of gay men’s fashion because he eschewed decorum and designed for desire.’

Combining skilful tailoring with innovative materials, Versace produced clothing that could not be ignored. 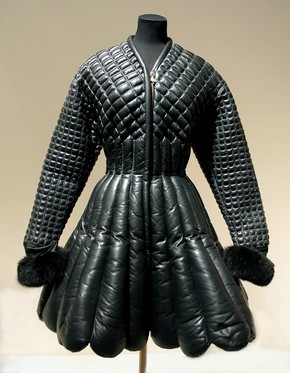 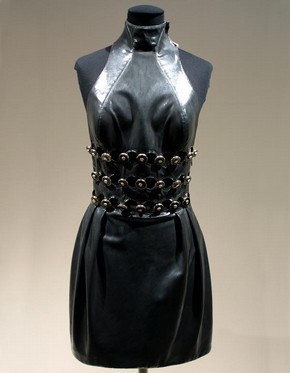 Versace’s fitted, sexy ‘celebrity’ gowns are well known, but he also enjoyed composing traditional full-skirted ballgowns fit for a debutante. He created many evening styles in Oroton, the unique metal mesh ‘fabric’ which he devised in the early 1980s, and manipulated its weight and fluidity to create shimmering carapaces whose liquidity recalls classical draperies.

Versace’s ‘Atelier’ haute couture collection, launched in 1989, was fuelled by his delight in the overstatement. Micro-dresses and tight jumpsuits were painstakingly embroidered in a wealth of sequins, diamantés and metal threads. In contrast, Versace investigated structure and drama in a series of severe black dresses with dual personalities. Plain at the front, they had wickedly plunging necklines and slit skirts at the back. 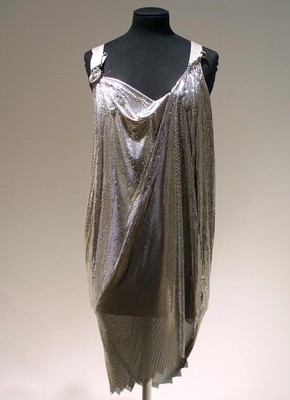 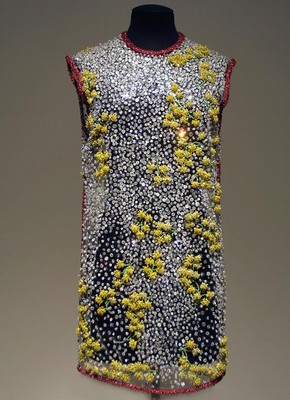 Versace was a man of inexhaustible energy and enthusiasm. He delighted in all forms of creativity and loved museums, including the V&A.  Versace had a deep feeling for his heritage and the role of dress, commenting, ‘I come from a land with a rich history . . . its roots are old, ancient roots, that knew the aristocracy of sculptural draperies.' Versace's encyclopaedic knowledge and respect for the past liberated him. He achieved an equilibrium between the historical and the modern which, though audacious, was never disrespectful. 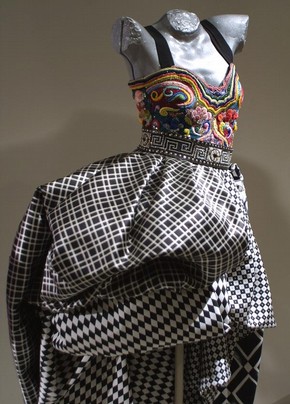 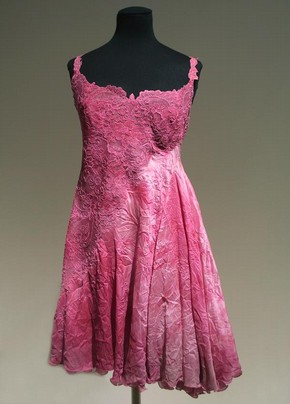 Versace was an avid collector of 20th-century art, from Picasso to Jasper Johns. He paid tribute to the graphic power of pop artist Roy Lichtenstein and appropriated Andy Warhol’s celebrity portraits for his printed dress fabrics. In a playful twist, he adorned a gown with the covers of Vogue magazine demonstrating that his clothing, while it may not have been fine art, could certainly be ‘artful’. 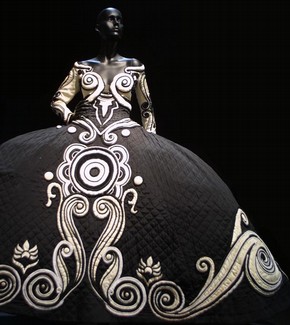 Versace’s catwalk collections were invariably spectacular and theatrical, and he found commissions (the first in 1982) to create costumes for theatre and ballet irresistible. These in turn clearly influenced his fashion. Some of Versace’s most notable works were designed for the choreographer Maurice Béjart. The creations met stringent practical requirements and enhanced the dancer’s movements while offering a dynamic visual narrative. Versace looked to the grand masters of fashion drama, Christian Dior, Cristobal Balenciaga and Schiaparelli, for inspiration for his larger than life theatre costumes. Acknowledging his allegiance to the performance arts he said, ‘For me the theatre is liberation.’

Donatella Versace has been described as Gianni Versace’s muse, and he referred to his sister as his ‘perfect woman’. Her critical and artistic contribution to the Versace label cannot be overestimated. Donatella joined the family company in the early 1980s and became responsible for accessories and ‘Versus’, the youth-orientated diffusion line. She became artistic director after Gianni Versace’s death in 1997.

Donatella brought a younger, harder edge to Versace which complemented Gianni’s classicism. She said, ‘I like to play with power when I do clothes – to play with power and with fun.’ With her high-profile life, Donatella has helped to define the brand of Versace. Gianni said of her: ‘Donatella’s strength is that she makes everything she touches modern.’

1972
At the age of 25 Versace moved to Milan. He designed his first prêt-à-porter collections for Callaghan, Genny and Complice.

1979
Collaborated with Richard Avedon for his first fashion photography campaign. This was the beginning of many Versace campaigns by Avedon.

1983
Won Cutting Sark Award for 'the most innovative and creative designer in the world' of mens clothes (also awarded in 1988).

1985
Gianni Versace’s first display in the UK at the Victoria and Albert Museum.
Awarded the Silver Mask award for his contribution to theatre.

1986
Decorated Commendatore in recognition of his work.
Retrospective exhibition of Versace’s first decade of creativity at the National Field Museum of Chicago.
Gianni Versace - Fashion Lens exhibition at Musee de la Mode, Paris. The exhibition illustrated Versace’s collaborations with international photographers including Avedon, Newton, Weber, Penn, and Barbieri.
Awarded 'Grande Medaille de Vermeil de la Ville de Paris' by Jacques Chirac. This was the first time the award was given to a designer.

1989
Launched first couture collection in Paris and opened Atelier Versace.
Dresses for Thought an exhibition which looked back over the designer’s 25 years in fashion and theatre at the Sforzesco Castle in Milan.

1991
The Supermodel was born when Gianni Versace sent all the top models down the runway for his Autumn/Winter 1991/1992 collection.
Versace Theatre exhibition at the Royal College of Art in London.
Dresses for Thought exhibition toured to Kobe, Japan.

1993
Awarded the first American fashion Oscar by the ‘Council of Fashion Designers of America’.

1995
First Versus fashion show was held in New York.
Awarded the ‘VH1 Fashion and Music Award’ in New York for his contributions to music’s image.
Haute Couture, group exhibition of garments by Versace, Chanel, Balenciaga and Dior at the Metropolitan Museum of New York.

This content was originally written in association with the exhibition 'Versace at the V&A', on display at the V&A South Kensington from 17 October – 12 January 2003.