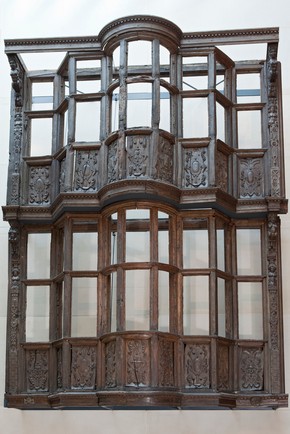 The façade of Sir Paul Pindar’s house is an outstanding survival of a London timber-framed house built before the Great Fire of 1666. It was built in around 1599 by Paul Pindar (1565?–1650), a wealthy merchant and diplomat who was knighted in 1620 by James I, and returned to settle in England in 1623. Pindar’s business activities enabled him to invest in speculative trading expeditions, loan large sums to Charles I and contribute the enormous sum of £10,000 towards the rebuilding of St Paul’s Cathedral. However, the political upheavals of the 1640s and Charles's inability to repay loans left Pindar with huge debts when he died.

In 1597 Pindar bought several properties at the north-east edge of the City of London on the west side of Bishopsgate Street Without – just outside or 'without' the City walls. This was one of the main roads to East Anglia and had recently been paved. It was also convenient for Pindar's business activities. Less than a mile away was St Paul's Cathedral, a rendezvous for city merchants, and Cheapside, where traders also acted as bankers. Closer still was the recently founded Royal Exchange at Cornhill, where Pindar would have met other wholesale merchants and swapped news.

On Bishopsgate Pindar constructed a mansion with a street façade of three and a half storeys and a garden that looked over the open land of Moorfields and Finsbury Fields. To the left, the older properties were adapted to form part of the impressive new frontage. To the right a gateway led down the side of the house. Between these Pindar built a new bay, and it is this that
has survived. 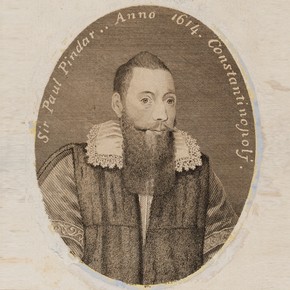 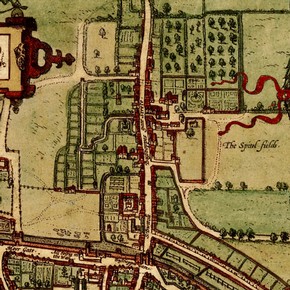 Detail from a map of Elizabethan London, in 'Civitates orbis terrarum', by Georg Braun (editor) and Franz Hogenberg (engraver), Cologne, Germany, 1572, showing Bishopsgate Street Without and the mansions and gardens along it.

Houses of several storeys with jettied fronts were not rare in London in 1600, but Pindar's house would have been unusually large and the façade particularly striking. The house was grand enough to serve as the residence of Pietro Contarini, the Venetian ambassador to the Court of St James in 1617–18. Contarini's chaplain described it as 'a very commodious mansion which had heretofore served as the residence of several former ambassadors'.

By 1660 the mansion had already been subdivided into smaller dwellings. It survived the Great Fire of 1666, but was soon given over to the London workhouse, with wards for 'poor children' and 'vagabonds, beggars, pilferers, lewd, idle, and disorderly persons'. The street-level rooms on the front were used as a tavern, known as Sir Paul Pindar's Head. By the mid-19th century the newly developed railway station at Liverpool Street meant there were many small businesses along Bishopsgate: Sir Paul Pindar's former mansion stood between William Sorrell's coffee rooms and Ralph Smith & Co, Pianoforte Makers. In 1890 the property was demolished to make room for the expansion of the station, but fortunately, the façade was recognised to be an architectural rarity and presented to the V&A. 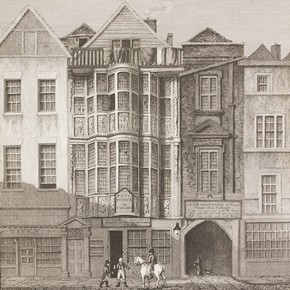 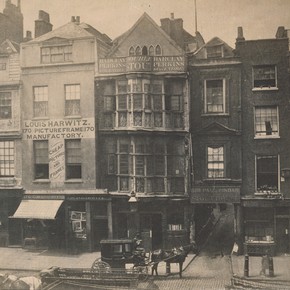 The following books are available in the National Art Library at the V&A:

Read more about the conservation and research carried out at the V&A on the façade of Sir Paul Pindar's house.