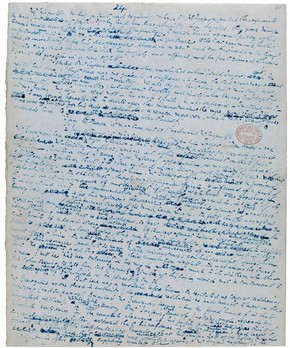 Many books, manuscripts, prints and paintings relating to Charles Dickens came to the V&A when John Forster (1812-1876) left his library and art collection to the Museum. (For more information, see the Forster Collection.)

Dickens had given Forster beautifully bound copies of his publications throughout his career, including first editions with all their illustrations. These can be traced through the National Art Library’s Catalogue, where the illustrators for each work are also mentioned. The manuscripts of Dickens’s major novels, left to Forster by Dickens in his will, are also described in the Library’s catalogue. A list of the author's major manuscripts, including links to digital versions is available as a PDF.

Dickens began to keep the manuscripts of his novels after about 1840. That of Oliver Twist, published first in a weekly journal, Bentley’s Miscellany in 1837, was left with the publisher; it emerged when the publisher’s premises were cleared out in 1870, and was bought by Forster when sold at Sotheby’s on 23 July of that year.

From his set of bound manuscripts, Dickens gave the manuscript of Great Expectations (1861) to Chauncy Hare Townshend (1798-1868), to whom he had dedicated the novel. Townshend subsequently left it to the Wisbech Museum, where it is held today. The manuscript of Our Mutual Friend, a novel which appeared in monthly parts in 1865, was given in January 1866 to Eneas Sweetland Dallas (1828-1879) in thanks for his very favourable review in The Times of 25 Nov.1865; it is now in the Morgan Library in New York.

When Dickens died, Forster also inherited the complete manuscripts of some of his other writings, including American Notes (1842) and one of his Christmas tales, The Chimes (1844). The manuscripts of the other Christmas stories, A Christmas Carol (1844), The Cricket on the Hearth (1845) and The Battle of Life (1846) are in the Morgan Library in New York. These Christmas stories were very successful as publishing ventures, despite high prices of around five shillings; in A Christmas Carol, the engravings by John Leech were all coloured.

The printers’ proofs for Dickens’s novels survive rather less well, but there are complete sets, heavily annotated, for some of them in the National Art Library. The Museum holds the major documents that demonstrate the publishing history for Bleak House (1852-1853), for example. 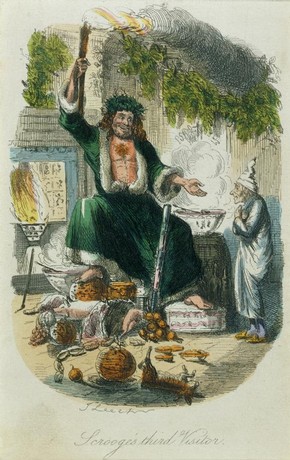 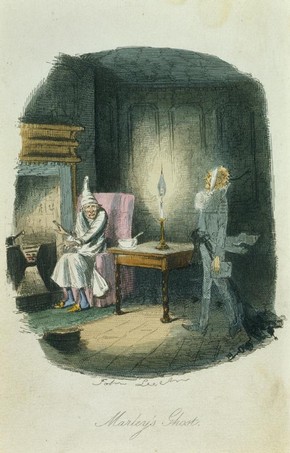