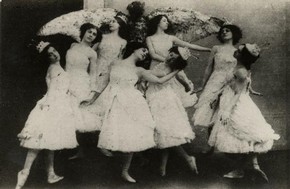 After the Romantic ballet era, the next major development in ballet occurred in Russia. Russia had a long folk-dance tradition and in the 18th century, landowners had maintained serf dance companies. Dancing was also regularly taught in the military academies.

The students at the Imperial Russian Ballet schools in St Petersburg and Moscow and the dancers of the Maryinsky (Kirov) Ballet and Bolshoi Ballet were highly privileged and regarded as members of the royal household. 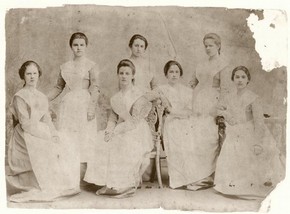 Classical ballet developed in the late 19th century when Marius Petipa was ballet master in St Petersburg. Classical ballet is a mixture of the French style of Romantic ballet, the techniques developed in Italy in the late 19th century, and Russian teaching. When most people talk about ballet they think of Petipa’s ballets, Swan Lake and The Sleeping Beauty.

Like most theatre in the 1890s, classical ballets were spectacular, realistic and performances lasted a full evening. The story was an excuse for exciting dancing, with the corps de ballet used as a decorative background, and the narrative told in formal mime gestures. The ballerina always danced on pointe, whether she was an Indian temple dancer, Egyptian slave, Spanish gypsy or swan princess. The other
dancers appeared in national dances, like the Czardas from Hungary or Spanish flamenco.

Petipa’s ballets were meticulously planned and he gave detailed descriptions to both dancers and composers. He worked closely with Tchaikovsky to create the music for Swan Lake, The Sleeping Beauty and The Nutcracker. Petipa would specify exactly how many bars of music he needed for each section of the dance. Much ballet music was tuneful, simple and often repetitive.

The ballet school and companies in St Petersburg and Moscow were part of the Royal Household and under the direct patronage of the Czar.

Training lasted seven to eight years. The students were boarders and received a full academic education as well as dance training. A dance career was regarded as a vocation rather than a job, and the students lived in convent-like austerity. Girls and boys only met in class and were not allowed to speak to each other. The girls' uniform was a blue ankle-length serge dress, old fashioned even in 1902, with a white fichu crossed around the bust and a black apron on weekdays, white on Sundays. 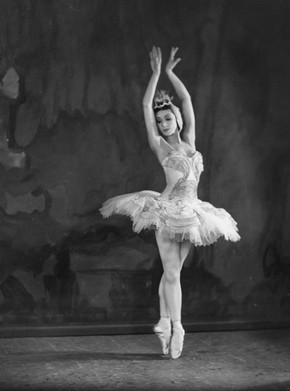 Today, Swan Lake is one of the most famous and popular of all ballets, yet the first version in Moscow in 1877 flopped. Choreographer Wenzel Reisinger, used to making dances to simple rhythms and easy tunes, simply could not cope with Tchaikovsky’s elaborate, symphonic-style score.

Now, Tchaikovsky’s familiar music is one reason for the ballet’s enduring popularity. Most versions today are based on the St Petersburg 1894 production, choreographed by Marius Petipa and Lev Ivanov, which is regarded as one of the greatest ballets of all time.

The Bolshoi Theatre in Moscow mounted another version choreographed by Alexander Gorsky in 1901and this formed the basis of later Bolshoi productions.

The St Petersburg 1894 Petipa/Ivanov production became established in the West after Ninette de Valois brought it into the Vic-Wells Ballet repertory in 1934.

Almost every ballet company in the world has the ballet in its repertory, but almost the only thing in common is the score, and the story of the doomed love of Odette, the swan princess, and Prince Siegfried.

Some contemporary versions of the ballet have a completely new choreography, such as Matthew Bourne's famous all-male version. 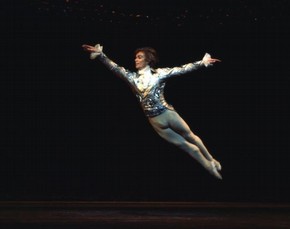 Rudolf Nureyev produced The Nutcracker for The Royal Ballet in 1968. Although he based it on the version he had known in St Petersburg, Nureyev rechoreographed most of the ballet.

He gave it a distinctly adult twist, with Freudian overtones, and added nightmare sequences. One problem with traditional productions is that the heroine is a child, Clara, and the ballerina only appears at the very end of the ballet in a single pas de deux.

In Nureyev's version, the character of Clara was still a child, but was danced by a leading ballerina. This made the role more interesting and allowed him to add new pas de deux and solos.

He himself performed the sinister Drosselmeyer in Act I, who is transformed into the Prince in Act II.

Nureyev was famous for his elevation: the ability to jump. He created harmonious patterns in the air just as much as on the ground.