Disobedient Objects: About the Exhibition 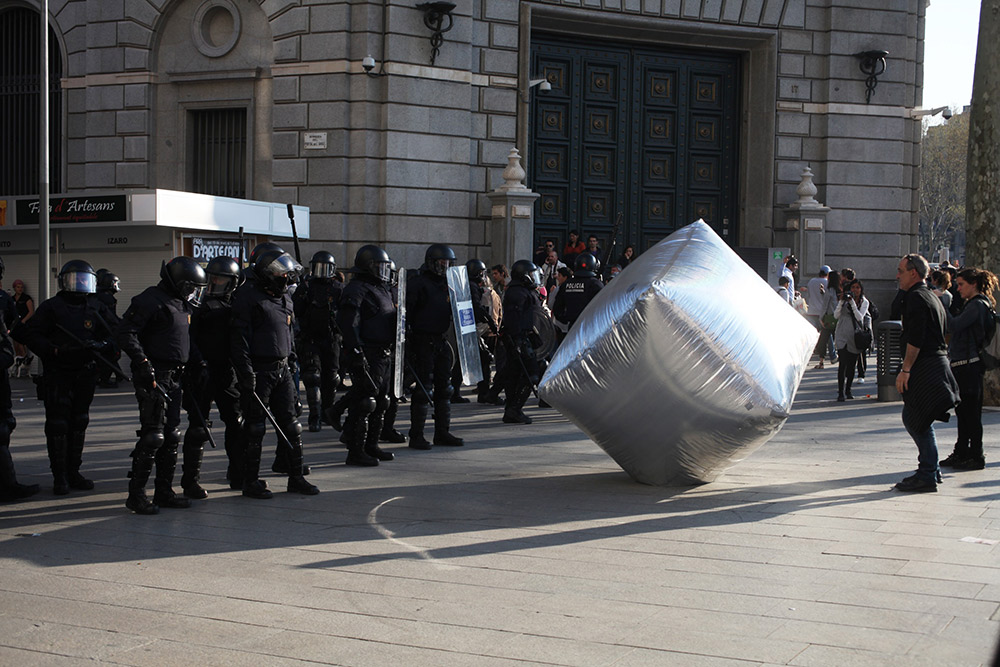 Inflatable cobblestone, action of Eclectic Electric Collective in cooperation with Enmedio collective during the General Strike in Barcelona 2012. © Oriana Eliçabe/Enmedio.info

From a Suffragette tea service to protest robots, this exhibition was the first to examine the powerful role of objects in movements for social change. It demonstrated how political activism drives a wealth of design ingenuity and collective creativity that defy standard definitions of art and design. Disobedient Objects focussed on the period from the late 1970s to now, a time that has brought new technologies and political challenges. On display were arts of rebellion from around the world that illuminate the role of making in grassroots movements for social change: finely woven banners; defaced currency; changing designs for barricades and blockades; political video games; an inflatable general assembly to facilitate consensus decision-making; experimental activist-bicycles; and textiles bearing witness to political murders.