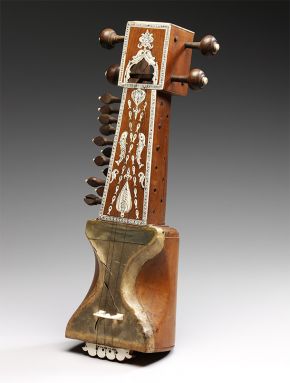 Like a violin, the sarangi is played with a bow, but unlike the violin it is held vertically with the sound chamber below. The sarangi is usually carved out of a single block of wood and its hollowed belly is covered with parchment. It typically has three main strings and sometimes a fourth string is used as a drone. The number of sympathetic strings may vary from instrument to instrument.

This sarangi originally had four main metal strings and an equal number of major tuning pegs. The instrument also had eleven sympathetic strings, the tuning pegs for which are placed in two rows along the side of the neck of the instrument. It is attractively inlaid with ivory and the sympathetic strings passed through holes in the small ivory fish motifs that have been inlaid in the wooden body of the sarangi, which is a neat design solution. The underside of the neck is open to facilitate easy re-stringing. The head of the instrument, which is in easy reach of the hand holding the bow, is usually used to store wax or resin for the bow. 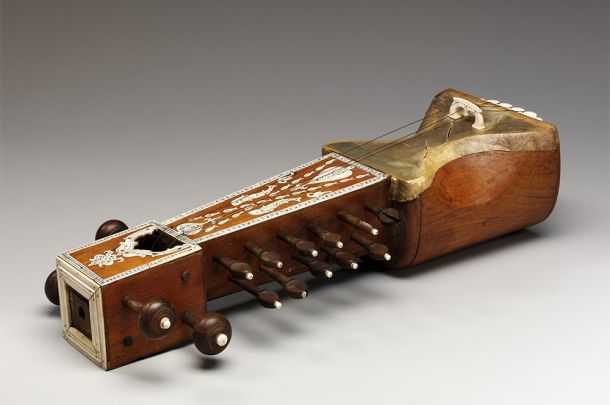 Though it was originally a folk musical instrument, references indicate that the sarangi has been used in classical music from the seventeenth century onwards. In the 19th century it was also commonly used to accompany nautch or dance performances. Its tone is warm, rich and sometimes haunting. It is a very versatile instrument and can be employed to perform in an exceptionally large variety of musical modes. 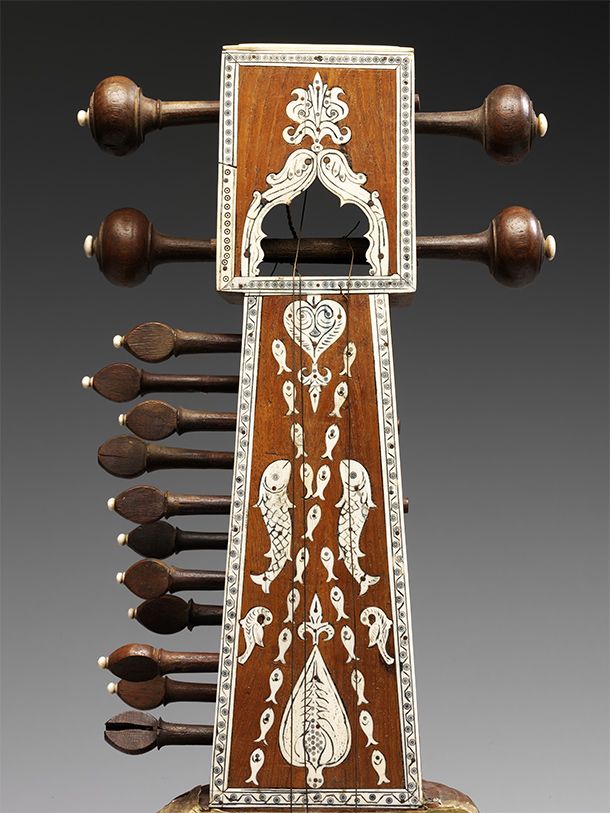 This instrument was sent from Mysore to the Paris Universal Exhibition of 1867, and acquired by the India Museum. When the India Museum closed in 1879 its instruments were transferred along with a vast number of other objects to the South Kensington Museum, which was renamed Victoria and Albert Museum in 1899.