Postmodernism: about the Exhibition 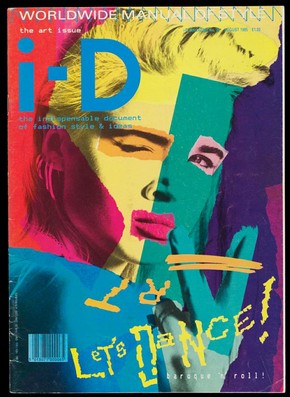 Of all movements in art and design history, postmodernism is perhaps the most controversial. This era defies definition, but it is a perfect subject for an exhibition. Postmodernism was an unstable mix of the theatrical and theoretical. It was visually thrilling, a multifaceted style that ranged from the colourful to the ruinous, the ludicrous to the luxurious.

What they all had in common was a drastic departure from modernism’s utopian visions, which had been based on clarity and simplicity. The modernists wanted to open a window onto a new world. Postmodernism, by contrast, was more like a broken mirror, a reflecting surface made of many fragments. Its key principles were complexity and contradiction. It was meant to resist authority, yet over the course of two decades, from about 1970 to 1990, it became enmeshed in the very circuits of money and influence that it had initially sought to dismantle.

Postmodernism shattered established ideas about style. It brought a radical freedom to art and design, through gestures that were often funny, sometimes confrontational and occasionally absurd. Most of all, postmodernism brought a new self-awareness about style itself.

Presence of the past

The 1960s and 1970s saw widespread experimentation with architectural styles from the past. This tendency was attacked by hostile critics as a retreat, as pastiche or as merely ironic. But historicism could be radically expansive and optimistic, or inspired by an elegiac sense of the past that modernism had excluded. Postmodernism lived up to its central aim: to replace a homogenous idiom with a plurality of competing ideas and styles. That wide embrace was reflected in Hans Hollein’s façade for the Venice Biennale in 1980, which had as its centrepiece a ‘street of styles’ named the Strada Novissima. Hollein designed a set of columns that reprise the history of architecture, from the primitive garden through classical ruin to a modernist skyscraper. This extraordinary set piece is recreated in the V&A exhibition at fullscale. 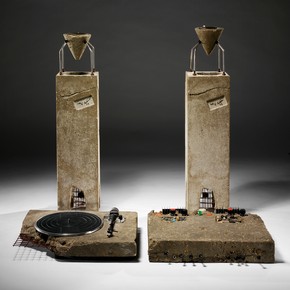 If modernist objects suggested utopia, progress and machine-like perfection, then the postmodern object seemed to come from a dystopian and far-from-perfect future. Designers salvaged and distressed materials to produce an aesthetic of urban apocalypse. Ridley Scott’s 1982 film Blade Runner, a postmodern exercise par excellence, while Ron Arad encased a turntable, speakers and amplifier in reinforced concrete: an apocalyptic stereo, a hi-tech commodity recast for a post-industrial world.

As the 1980s approached, postmodernism went into high gear. What had begun as a radical fringe movement became the dominant look of the ‘designer decade’. Vivid colour, theatricality and exaggeration: everything was a style statement. Whether surfaces were glossy, faked or deliberately distressed, they reflected the desire to combine subversive statements with commercial appeal. The most important delivery systems for this new phase in postmodernism were magazines and music. The work of Italian designers – especially the groups Studio Alchymia and Memphis – travelled round the world through publications like Domus. Meanwhile, the energy of post-punk subculture was broadcast far and wide through music videos and cutting-edge graphics. This was the moment of the New Wave: a few thrilling years when image was everything. 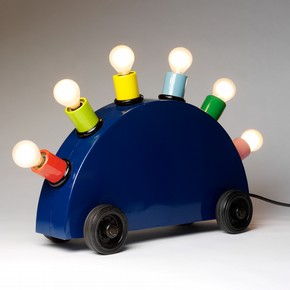 In 1981, as if to greet the new decade, Pop artist Andy Warhol created one of his signature silkscreen paintings. It featured a big, beautiful dollar sign. This ironic acknowledgement of his own work’s market value exemplifies postmodernism in its final stage. As the ‘designer decade’ wore on and the world economy boomed, postmodernism became the preferred style of consumerism and corporate culture. Ultimately this was the undoing of the movement. Postmodernism collapsed under the weight of its own success, and the self-regard that came with it. Yet looking back, we can learn a lot from postmodernism’s fatal encounter with money. Today, when the marketplace has again had its way with us, it is useful to consider the words of theorist Fredric Jameson. Faced with Warhol’s paintings, he wrote: ‘they ought to be powerful and critical political statements. If they are not that, one would certainly want to know why.’

The excitement and complexity of postmodernism were enormously influential in the 1980s. But do we still live in a postmodern era? In the permissive, fluid and hyper-commodified situation of design today, we are still feeling its effects. The postmodern subject was well depicted by Robert Longo in his series Men in the City. In each of these images, a man in a suit is captured in the throes of a mysterious convulsion. Is he dancing? Or is this the scene of a crime? It is impossible to tell, and that is the artist’s intention. The figure is at once ambiguous, unsettling and ecstatic. In this sense, at least, we are all postmodern now.