The care and conservation of collections made from plastics, particularly PVC (polyvinylchloride), has long been a concern for the V&A. With PVC being in wide-spread production since the 1940s, the Furniture Textiles and Fashion Department at the V&A holds many ageing examples of this material. As PVC deteriorates and the plasticizers migrate out of the polymer matrix, the surface of the PVC softens and can become sticky, trapping dust and becoming attached to surrounding packing and storage materials. Unfortunately, the surface of PVC is sensitive to a variety of commonly used conservation solvents and the approach to cleaning away surface soiling and plasticizer has been cautious. 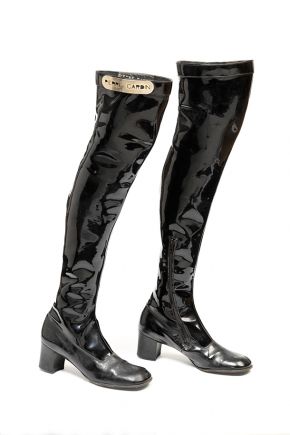 Figure 1. The boots’ appearance in 2007 when they were cleaned for photography. Photography by the V&A Photographic Studio © Victoria and Albert Museum, London

During a recent cleaning workshop held at the V&A, Professor Richard Wolbers of the Winterthur/University of Delaware Program in Art Conservation suggested that the use of low water microemulsions might prove a safe and effective way of cleaning plasticizer and soiling from the surface of PVC without damaging the surface below. Microemulsions are mixtures of solvent, water and a surfactant characterized by the very small size of the micelles dispersed within the continuous phase of the emulsion. Micelles are an aggregate of surfactant dispersed in a liquid, in which the surfactant molecules arrange themselves into ‘spheres’ with the hydrophilic portion of the molecule on the outside of the sphere and the lipophilic portion of the molecule packed into the interior of the sphere. While a 'traditional' emulsion has a cloudy appearance when mixed and will separate into two separate phases over time, microemulsions appear clear when mixed and do not separate. The micelles in a clear microemulsion can be as small as 0.005µm.1 Microemulsions are easily applied using cotton swabs and any residue can be cleared from the surface with cotton swabs moistened with a compatible solvent. The key to safely cleaning PVC with a microemulsion is to use solvents with a very different solubility parameter to the PVC itself.2 PVC has a Hildebrand solubility parameter (MPa½) of 19.4 and any solvent with a solubility parameter within 2 MPa ½ of 19.4 should dissolve the surface of the PVC. However, water, with a solubility parameter of 47.7 and very non-polar solvents such as hexane, with a solubility parameter of 14.9, should be perfectly safe for stable PVC. The combination of a small amount of water and a non-polar solvent held in emulsion with a surfactant would provide a cleaning system with ability to remove both polar and non-polar types of soiling while causing the least disruption to and swelling of the PVC surface.

Two microemulsions were made for cleaning tests during the workshop. The first, a simple low-water microemulsion, was made by combining 75 ml of Ecosurf 3, a non-ionic low HLB (Hydrophilic – Lipophilic Balance) surfactant, 25 ml of decamethylcyclopentasil, a non-polar solvent, and 5 ml of deionized water. This emulsion was applied with a cotton swab and then cleared with swabs of a fast evaporating non-polar solvent (octamethyltrisoloxane). The micro emulsion proved very effective in cleaning lightly soiled and slightly sticky Pierre Cardin PVC and polyurethane boots from 1966-1969 (T.667:1, 2-1997) (Figure 1). These boots had been cleaned prior to being photographed in 2007 but the surface had become soiled and covered in marks while in storage due to the deterioration process of the PVC (figure 2). The microemulsion cleaned the soiling from the PVC beautifully but made little impression on the matt and slightly scuffed appearance of the polyurethane ‘foot’ section of the boots (figure 3). A heavily soiled but stable PVC rain-smock designed by Mary Quant in 1963 (T.3-2013) (Figure 4) was test-cleaned with a micro emulsion in which the water phase had been made up 100 ml of deionized water to which 0.5g of EDTA (ethylenediaminetetraacetic acid) and 0.5g of citric acid had been added. The pH was then adjusted to 6.5 by the addition of drops of 1M sodium hydroxide to form a stable, buffered, chelating solution. The microemulsion was made by taking 25 ml of the chelating water phase and combining it with 25 ml of decamethylcyclopentasil and 75 ml of Ecosurf 3. The emulsion was cleared from the PVC rain-smock using swabs of octamethyltrisoloxane. The tests proved most encouraging (Figure 5). Further testing revealed that the microemulsion without the chelating water phase was also effective in cleaning away the heavy soiling if more mechanical action was used and so both objects were cleaned with the simple low-water microemulsion.

Microemulsions certainly have potential for cleaning plastics, and may be effective in cleaning other types of materials that have complex needs. Further testing is required.

I am grateful to Dr. Brenda Keneghan, Senior Scientist (Polymers), for the FTIR analysis used to identify the materials in these two examples, and to Katy Smith, Textile Conservator, for cleaning the rain-smock.