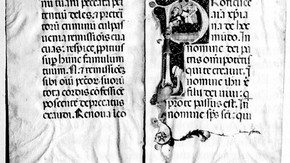 On the 7th September 1993 the exhibition 'Illumination in Manuscripts and Books: A display of pages decorated between 1300 and 1550' was opened. The display was chosen by students from the University of Sussex Art History Department and contained over 60 objects ranging from large full pages to small cut fragments, all taken from a collection of objects made by the Museum in the 19th century and later. The exhibition was arranged by Dr Rowan Watson, Head of Special Collections for the National Art Library at the V&A and the Sussex students course tutor for 1992-3.

The exhibition of manuscripts, the first in many years at the V&A, brought to light the varied and complex problems associated with displaying and storing single leaf vellum and parchment objects and proved an excellent opportunity to begin research leading up to a major exhibition of manuscripts and fragments at the V&A, scheduled for early 1995. Before the work on the objects could be started, a successful method of display had to be adopted and this could only be determined after three main areas of consideration had been taken into account.

Areas of consideration for the choice of method 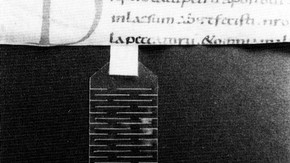 Firstly, there were the objects themselves. Because of the nature of animal skin, parchment and vellum objects have acutely hygroscopic properties and are liable, even over a very short period of time, to unevenly change shape in all dimensions. This obviously produces serious problems when trying to hold an object in a certain position within a mount or frame without damage occurring.

Expansion and contraction of parchment and vellum through environmental fluctuations, can have disastrous effects on an object, especially if movement is limited at certain points because of attachment to a mount or backboard. A very common form of damage caused is cockling. This symptom can cause destabilisation of areas of pigmentation and gilding, resulting in problems such as flaking pigments and the cupping, tenting and loss of gilded areas. Obviously, if an object was kept in an ideal and most importantly consistent environment, (55% relative humidity 20'c temperature) there would be little, if any, movement and consequently little opportunity for damage to occur. Realistically however, an object's environment cannot always be controlled to such an extent and so, a certain amount of compensation must be allowed with regard to expansion and contraction. 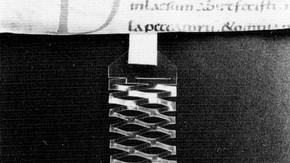 Fig.2b. Hinge in its expanded state attached to the backboard (click image for larger version)

The second area of consideration before choosing a method of display was the exhibition curator's criteria. Most important was the necessity of overall access to the object and this consideration in itself determined many other factors. It had already been decided to display the objects in the same manner as was previously adopted: the original Victorian window mounts were to be copied and replaced, keeping all the groupings of fragments together in their original configurations. The new mounts however had to reveal the whole of the object, both front and back, as opposed to the previous mounts which tended to clip the edges and only gave access to one side of the object. This increased access was critical, as so much more information could be made available to researchers. Revelation of faintly scribed lines, position of pin pricks or fragments of remaining threads from the sewing of the original bindings, would play a vital part in identifying an object's origin or in regrouping fragments taken from the same source. 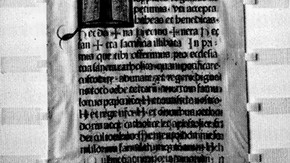 Fig.3. Object with the hinges attached. Museum no. 234.1 (click image for larger version)

The third consideration was conservation. The existing mounts were highly acidic and because of age had become brittle and in many cases were actually damaging the objects or not providing adequate protection. These had to be completely removed and replaced using a conservation quality mount board. The design of mount chosen had to be regarded as a permanent location for the object, ensuring it was suitable for exhibition, both framed and unframed and adequate for future storage. Additionally, it had to safely accommodate any changes in the objects' dimensions as a result of any changes in environmental conditions. Most importantly because of these fluctuations, the hinges chosen for attaching the objects to the mounts had to independently accommodate any changes in size so that the possibility of damage as previously experienced was eradicated.

As the Museum has a policy giving the public access to unexhibited collections, the mount also had to ensure adequate protection for the object whilst it was being handled. This was additionally problematic given the curators' requirement that both sides of the object had to be accessible in their entirety. Although the method of attachment chosen would hopefully accommodate any changes in overall dimensions, it was vital that environmental control was implemented as much as possible to limit the degree of movement of the object, thus increasing the objects' stability and decreasing the range of compensation necessary by the hinges to keep the object flat.

Choosing a method of display 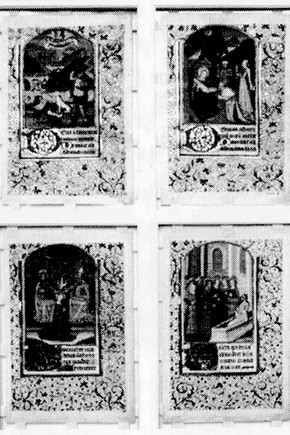 Due to the limited time available before the exhibition opened, a method of display had to be chosen that firstly met the priorities of the curators and conservators and secondly was relatively simple and quick in application. Because of the size and configuration of the objects being mounted (due to the Victorian layout) space around some of the objects was limited and in some cases meant that the hinges could be no longer than 60mm.This unfortunately meant that the successful methods of display currently being used on parchment and vellum objects were not feasible, being relatively complex in application and far too time consuming for this particular exhibition. This resulted in a new method of display having to be developed that not only met all concerns and needs but also was theoretically sound enough to adopt even though only limited short term testing had been carried out. The idea then was to develop hinges that would work independently around the object, within a mount, capable of expansion and contraction in length. These hinges would then compensate for any dimensional changes brought about in the object, whilst maintaining the safe level of tension necessary to keep the skin flat.

The materials chosen for hinges obviously had to be archivally sound, and be able to change size without damage occurring thus affecting the hinges performance. After some selected materials had been tested within various systems of hinging, one combination evolved and seemed most promising. This was an expandable slotted hinge made from Melinex, with a Japanese paper tab for attachment to the object, which was used in conjunction with a deep mount to house the object and the hinges. The hinges were produced in various sizes and weights of Melinex to accommodate the various sizes and types of objects being dealt with.

The application and theory of design for the hinges 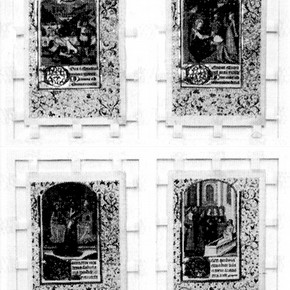 Fig. 4b. Objects hinged onto the centre section of the mount (click image for larger version)

Firstly, the tabs of Japanese mulberry paper were cut with the fibre direction running parallel to their length. These were adhered to the objects' edges using wheat starch paste, the distance between these tabs was dependent on the size and shape of the object. The paper tabs acted as a barrier between the object and the Melinex hinge, allowing the wheat starch paste to be the only adhesive in contact with the object. Although a paper tab was used, other materials such as silk or spun linen thread could be substituted if the paper tabs were thought too obtrusive. Once the tabs were dry, the expandable Melinex hinges were attached using Beva film, a heat sensitive adhesive. The objects were then allowed to acclimatise to the average level of both temperature and humidity levels that the object was to be displayed/stored in.

When the objects had been correctly positioned within their mounts, the hinges were slightly expanded to a certain point and attached to the support board using Beva film. The point of attachment was determined by the size and the weight of the hinge being used, and this related to the size and type of the object being dealt with. The correct choice of expanded hinge ensured there was a sufficient range of expansion and contraction available for the hinges to accommodate any possible changes in size made by the object. 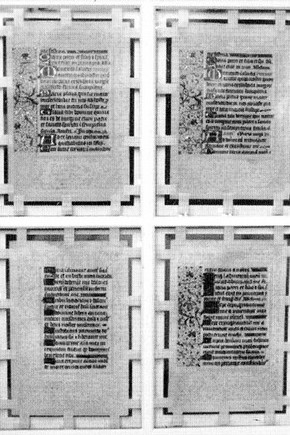 Fig. 4c. Back of objects viewed through the centre section of the mount (click image for larger version)

Once the hinges are in place, the theory is, if there was an increase in surrounding humidity levels, the object would expand in size and the hinges would contract in order to maintain a certain degree of tension on the object. If there was a drop in the level of humidity, the object would decrease in size and the hinges would expand, again maintaining an even level of tension on the object. This 'safe' level of tension is necessary to keep the object flat and should not exceed a certain point to ensure damage does not occur to the object, it should also be limited to prevent the slotted hinges from tearing, which could also lead to damage through the object having uneven points of tension along its edges.

Most importantly this method of mounting parchment and vellum has to be viewed as experimental. The method itself is theoretically sound, but so far only limited testing has been carried out, so its success is unproven. With further testing being carried out over the next 12-18 months, the results gained should give us adequate information to ascertain the development and success of the expandable hinge in the future.