Should a Conservation Treatment Reveal the Secret of Damascus Steel? 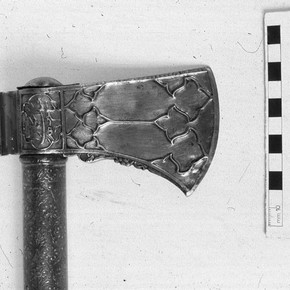 Figure 1. Museum No. 400-1875. The head of the tabarzin before conservation (click image for larger version)

This article discusses the treatment of the head of a Mughal tabarzin (saddle axe), Museum No. 400-1875, dating from 1739-1753 and possibly made in Lahore. It will appear in the V&A exhibition The Arts of the Sikh Kingdoms.1 Made of damascus steel, it is decorated with raised ribs, low relief chiselled patterns and inscriptions.

This type of steel has been known in Europe by many names, most commonly as damascus steel, or more accurately as watered crucible steel. From India and the Middle East the words wootz, pulad, and bulat have also been used (the term wootz will be used during this article). Wootz has been prized throughout history as a high quality blade steel. It is thought to have originated in the Indian sub-continent early in the first millennium AD, but opinions differ as to the exact method of manufacture (2,3).

It is a cast, high-carbon steel, which has then been skilfully forged to retain unusually large crystals of cementite (iron carbide) segregated in rows in a pearlite (iron carbide and iron) matrix. It is the unique crystal structure which gives wootz both its highly prized mechanical properties (hardness and toughness) and its famed patterned surface. This swirling grain pattern was enhanced on the finished blade by the use of a weak acid etchant.

Initial assessment revealed that the axehead was in poor condition (see figure 1). Of immediate concern were patches of active iron corrosion. In addition the surfaces of the blade were covered with disfiguring scratches, the result of heavy over-polishing. A patch with a very faint watered pattern, together with the form of the axe, indicated that the object was made from wootz. The feasibility of revealing the original watered surface was raised, and so the object was brought to the Metalwork Conservation studio for further investigation. 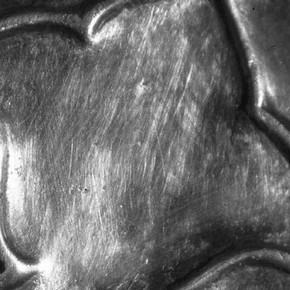 Figure 2a. Detail of the axehead before etching, showing the heavy polishing scratches. Photograph by Sophy Wills (click image for larger version)

During the removal of corrosion products, evidence of the high quality of the object emerged. Microscopic examination revealed regular hatching of the steel on most of the raised ribs and decorative areas on the sides and blunt end of the axe, which would have provided a key for overlaid gold which originally covered these areas (very small residues of gold could be seen). Additionally, an inscription was found to be a dedication of the axe to Safdar-e Jang ('war hero' in Persian), who was a governor of Lucknow and the Avadh district.4

Revealing the watered pattern of the wootz would involve the use of a weak acid to etch the surface. To help decide whether or not to carry out the treatment, the V&A Museum Conservation Department Ethics Checklist was used.5 This guides the conservator through the different factors to be considered before treatment of an object, by a series of sixteen questions. Question C: 'Do I need to consult the following: clients, peers, other specialists?' seemed the best starting point. The consultation process included V&A curators, Sikh military experts, senior conservators from the V&A, and specialists from other museums. All discussions covered the issues raised by the Ethics Checklist. 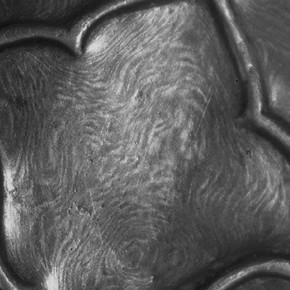 Figure 2b. Detail of the axehead after etching, showing watering pattern. Photograph by Sophy Wills (click image for larger version)

To summarise these discussions: the main reasons NOT to attempt the treatment were

Against this, we felt that the watering pattern should be revealed because

At length, with the agreement of all V&A staff concerned, and with a generally positive consensus of opinion from outside the V&A, we decided to go ahead with the treatment. 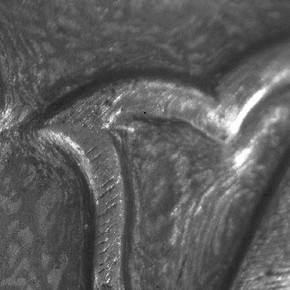 Figure 3. Detail of the axehead after conservation showing hatching of the raised ribs. Photograph by Sophy Wills (click image for larger version)

Fortunately, a piece of wootz was available for testing purposes. We had hoped to uncover original recipes for the etchant (some sources referred to a substance called zagh).6 However, research failed to find specific details, and so the modern etchants nitric acid and ferric chloride were chosen for testing. These chemicals are used to etch ferrous samples for metallurgical analysis7 and are also used by modern blade smiths. Extensive tests were conducted to develop the treatment methodology, including: -

As a result of the tests, dilute nitric acid was chosen as the etchant. It was apparent that the best results were obtained when the surface was highly polished, thoroughly degreased and wetted prior to application of the etchant. It was decided not to polish however, since one aim was to try to preserve the existing polishing scratches as historical evidence.

NB. Because of the design of the axe, with raised rib decoration, it was possible to avoid acid contact with gilded areas. If this had not been the case, the gilded areas would have been protected with a commercial acid-resist product. 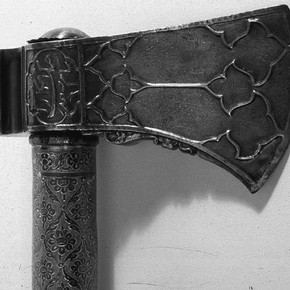 Figure 4. Museum No. 400-1875. The head of the tabarzin after conservation (click image for larger version)

As can be seen in figure 2b and figure 4, the etching process was successful; the watering pattern is clearly visible once again over the blade of the axe. It was found that very little of the surface had been removed; although the watering pattern effectively disguises the heavy polishing scratches (see figure 2), under microscopic examination in raking light, they are still clearly visible. Similarly, the hatching on the originally gilded areas was unaffected (see figure 3). We are therefore confident that little of the technical or historical evidence has been compromised.

One point emerging from the consultation process, the tests and the treatment itself, was that success in revealing the watered pattern relies on the quality and structure of the steel as well as on the technique used. Thus, the quality of pattern will be likely to vary with each piece of wootz, and not all crucible steel will have a watered pattern.

Finally, it should be emphasised that this was not a routine treatment. All museum objects are unique and present unique challenges in their conservation and presentation. Before repeating this treatment on another object, it would be necessary to repeat the preceding period of research, broad consultation, and discussion.

We would like to thank: S. Stronge, curator of The Arts of the Sikh Kingdoms; P. Craddock, Department of Scientific Research, The British Museum; D. Edge, Armourer to The Wallace Collection; J. Jackson, Armourer to the Royal Collection; A. S. Melikian-Chirvani, Research Director CNRS Paris; A. Madra; A. North, Metalwork Curator V&A; P. Singh; O. Untracht; A. Williams, Metallurgist.