Since the 1970's hard-hitting publicity campaigns by LYNX and PETA, furs have been unfashionable in the UK, a controversial subject in most UK museums and are rarely acquired by the V&A dress collection. However, since the mid 1990s a number of international designers have been using fur and it was a prominent feature on the catwalks for the winter season of 2004. In December 2004 The Costume Institute, Metropolitan Museum New York held a major and high profile exhibition 'Wild, Fashion Untamed' presenting a historical overview of skins, furs, feathers, snakeskin and animal prints used to create costume objects. Fur is again in focus in the museum world and in fashion! 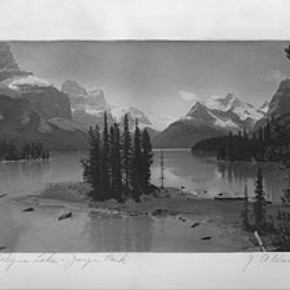 Figure 1. Image from promotional material for the Canadian Conservation Association 31st Annual Conference and Worshop held in Jasper, Alberta 17-21 May 2005. Photo courtesy of Jasper-Yellowhead Museum and Archives (click on image for larger version)

Fur is a fundamental part of collections in Canada, and the fur trappers and fur traders history, establishment of Forts/Trading posts, and the founding of The Hudson's Bay Company, are acknowledged as important elements in the exploration of North America, of Canadian history and the building of the Canadian economy. All aspects of the natural world, and fur in particular, have been an area of study for me for 20 years so I was delighted to accept an invitation to speak at a two-day Workshop on Fur organised as part of the Canadian Conservation Association 31st Annual Conference and Workshop held in Jasper, Alberta May 17th-21st 2005.

Occasionally a conservator is fortunate to attend a conference which is particularly significant and becomes a marker in the development of the conservation profession and/or the conservators own chosen career path. Sometimes this is because of the papers presented and other times it is combination of the participants, papers, the networking, and the venue which make it an outstanding experience. For me, the IIC Paris Conference of 1984 was such an event as was the ICOM-CC Dresden Triennial and the AICCM Annual Conference on Rottnest Island, W.A. 1997. The CAC Jasper Conference proved to be another for all the above reasons. This was the first international meeting devoted primarily to the history and study of the conservation of fur and also of feathers and was set in the rustic setting of the Palisades Environmental Centre (log cabins and woodland) in the heart of the Canadian Rocky Mountains (Figure 1). This was fur trapping country and an inspired choice.

Jasper is situated a four hour drive from Edmonton which provided a chance to see some of the impressive landscape and wildlife; 2 osprey nests(females sitting), a golden eagle, a cayote, 4 beaver lodges (no beavers), and several elk.

Delegates' first instruction was H&S related telling us what to do if we met a bear. An informal evening reception at Jasper and Yellowhead Museum brought all the delegates together for the first time, and a great deal of discussion took place before the conference and workshop started. The Museum shop remained open so I bought 'Exploring the Fur Trade Routes of North America' by Barbara Huck et al. which gives a broad insight into the native North American trappers, traders, trade goods, canoes, waterways, portage, journeys and hardships which were all part of the story of fur.

The Conference programme was full but a prompt 8.30am start, good timekeeping and excellent Chairmen for each session kept it running effortlessly and at an unhurried pace leaving good time at the end of the morning for a useful panel discussion. 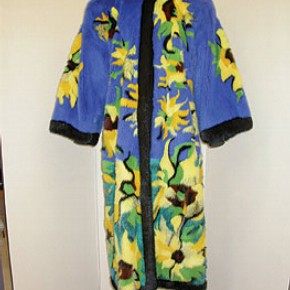 Following an introduction to Jasper National Park and welcoming address, the first formal talk was by Dr Heinz Pyszczyk who explored some of the trends in the fur trade in the Athabascan and Saskatchewan districts. Excessive trapping in the 18th and 19th centuries, to meet the demand of European markets, lead to depletion of fur bearing mammals which necessitated forts being moved to new territories causing strife between the aboriginal populations and the trading companies.

My first paper followed, describing the history of the European fur trade and how sumptuary legislation and the dictates of fashion impacted on the use of certain species at particular dates. The active collecting initiative at The Museum of Leathercraft in Northampton was then discussed together with its role as a resource for study. I appealed for help and contacts to aid this initiative.

Chris Paulocik, always a good speaker, gave a conservators overview of staging the 'Wild: Fashion Untamed' exhibition, showing images of 'fantastic' garments. Of particular note was her comment that furriers involved with preparing skins for the contemporary objects shown do not expect the items to have the longevity of skins prepared before mid 20th century. This is an area for more research.

My second paper described in detail the historic techniques of fur dressing, dying, cutting and making up which are essential knowledge for any conservator treating fashion furs, followed by some case histories of treatments. 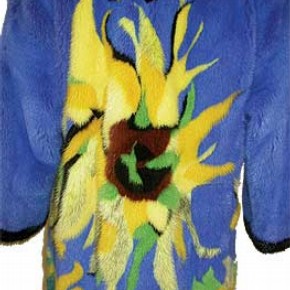 A different slant and well organised response to pest management strategies was given in a paper by Cathy Ritchie and Valerie Monahan relating to museums of the Yukon and Northern Canada which have large collections and displays of hides, furs, stuffed mounts and smoke tanned objects. These are also community museums and have high numbers of commercial functions with hospitality. Tom Strang from The CCI then focused on moths.

The influence of cleaning methods on feather structure by Effrosyni Karantoni and Ektarini Malea, a review of cleaning techniques by Janet Mason and Fiona Graham and a paper on Yag Laser cleaning of feathers by Carole Dignard et al. from the CCI explored feather structure and the effects of established and new methods of cleaning. The laser cleaning paper was of particular interest as an experiment undertaken to laser clean degraded dyed ostrich feathers at the V&A a couple of years ago was less than convincing. Clearly, the technique has been advanced and refined but is still limited to naturally coloured examples. There is still work to be done on its effects for cleaning dyed and degraded feathers.

The final paper for the day was by Jocelyn Hudon looking at the complex micro and macro structures of feathers, the biochemistry of pigments in these and their responses to light. This is a paper which every conservator should read before treating furs and feathers and should become a standard reference. This talk provided an excellent introduction for the feather workshop of the following day. 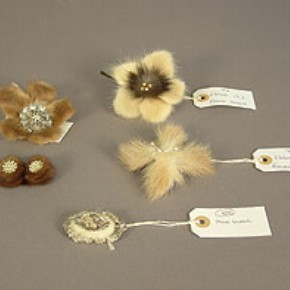 Figure 4. A selection of mink jewellery from The Museum of Leathercraft Fur Collection Northampton. Pair of mink earrings and 4 brooches c.1960s. Photography by Marion Kite (click image for larger version)

Day two provided two hands-on workshop sessions so we were divided into two groups to keep the numbers manageable and allow everyone to go to both. I attended the Identification of Hair and Feathers Workshop run by Bob McClymont, Forensic Biologist of the Alberta Fish and Wildlife Division, assisted by Nancy Kerr. Each person had a light transmission microscope and a prepared set of 20 identified fur fibre samples. We were taught how to prepare whole mounts of hairs for microscopic examination and a simple method for taking scale patterns. We looked at the internal structure of the hairs and used published reference material to assist in identifying morphological features relevant to species type. A wonderful selection of fur skins were also provided for handling and examination. Feather samples were available and instruction given on how to use the above methods for bird species identification. Sadly there was little time to practice this and I wanted to stay there all day. This workshop was superb as an introduction and certainly gave everyone enough to go back to their studios and practice. The informal but structured programme also allowed for a lot of diverse discussion and sharing of experience and information amongst the group.

The second workshop was run by Theo Sturge and focused on problems encountered when treating upholstery leather. Mechanisms of degradation were discussed, suitable materials for repair and consolidation and conservation techniques practiced. I did not attend this workshop but spent the afternoon in Jasper Museum with the curator Val Delill looking at a range of European costume, first nation beaded items and a stunning collection of fur objects and mounts.

I would like to thank the CAC for inviting me to be part of this memorable meeting and all those who worked so hard to make it a success and so enjoyable. This was a very special event.