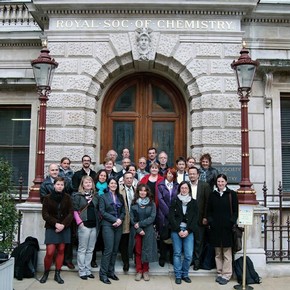 Figure 1 - Popart consortium partners at the mid-term assessment meeting at the Royal Society of Chemistry in London. Photography by Louise Egan

The degradation of objects made from synthetic polymers has been a serious problem for museums and galleries for over 25 years and has been described previously in this journal. (1) (2) (3) Amidst the common misconception that plastics last forever, those working in the heritage sector have been battling against plastics’ deterioration. Over ten years ago a survey carried out in the Victoria and Albert Museum identified more than 6000 synthetic polymer-containing objects with more than 12% of them requiring urgent conservation decisions and a very high percentage requiring basic cleaning. (4) As earlier Museum records rarely provided anything more detailed than “plastic” as the material descriptor, specific identification of the plastic was impossible and simple treatments such as cleaning and adhesion were often shied away from. Consequently a hands-off or preventive conservation approach has been taken to objects made from plastic.

This approach is about to change as the V&A is currently involved in a European Union (EU) funded project that aims to improve the preservation of objects made from plastic. The project - Popart ('Preservation of plastic artefacts in museum collections') is funded to the tune of € 2.1 million under the Seventh Framework Programme's Environment Theme. The project began in October 2008 and will run for 42 months culminating in a conference in Paris in spring 2012.

Popart is a consortium of 13 partners from eight countries. The partners are made up of heritage professionals, academics, government agencies and small and medium enterprises (SMEs) from seven european countries: Denmark; France; Italy; Netherlands; Slovakia; Slovenia; United Kingdon. The Getty Conservation Institute in the United States is also participating but is not receiving funding from the EU. The project leader is Professor Bertrand Lavendrine of Centre de Recherche sur la conservation des collections (CRCC) in Paris. Project management meetings take place every six months in one of the partner countries (Figure 1).

The work of the project is broken down into five work packages (WPs): WP1 - the identification of polymer artefacts; WP2 - collection surveys; WP3 - polymer degradation assessment; WP4 - conservation treatments; and WP5 - dissemination. The V&A is involved in WPs 1, 2, 4 & 5, with most of our allocated time spent on WP2 and WP4. 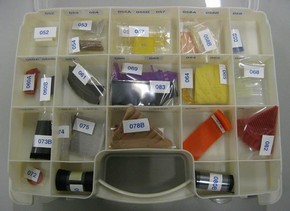 For polymer artefact identification, the researchers are building a reference sample collection (Figure 2) of plastics representing new and degraded materials commonly found in museum objects. Several of the partners are involved in the identification and characterisation of these standards by analytical technqiues ranging from Fourier Transform Infrared spectroscopy (FTIR) and Near Infrared spectroscopy (NIR) to Pyrolysis Gas Chromatography / Mass Spectrometry (Py-GC-MS). At the end of the project it is intended to submit the FTIR spectra to the Infrared users Group (IRUG) database.

To keep the project focussed on real collections, condition surveys are being undertaken in museum collections in the United Kingdom, France and the Netherlands (Figure 3 ). For the collection survey the modern furniture in the V&A collection is being surveyed (Figure 4). This has dovetailed nicely with and contributed information to the Materials and Techniques Gallery of the new Furniture Galleries (due to open in December 2012). 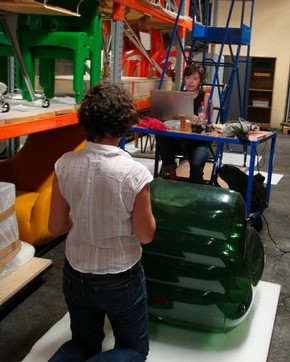 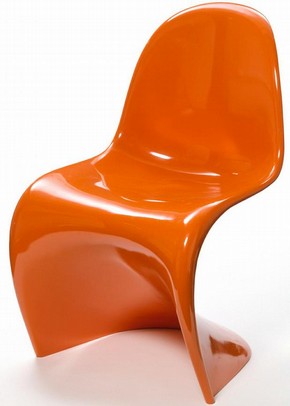 As part of the work package dealing with conservation treatments – the V&A is concentrating on cleaning. Prior to this project the only references to the cleaning of plastics came from industrial or technological sources. For example the manufacturers of acrylics recommended a polish that basically cleaned by abrasion. In a museum environment this type of cleaning is not acceptable. It was considered necessary to evaluate cleaning practice in depth. Each partner involved in this activity has chosen specific plastic to study. The V&A chose polystyrene because the previous survey had identified many objects made from polystyrene in the various collections of the Museum, especially at the Museum of Childhood collections at Bethnal Green. 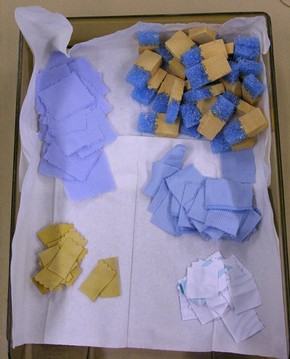 Standard sheets of polystyrene were purchased from manufacturers and cut into a sample size chosen to fit into the artificial ageing equipment. The cleaning process was subdivided into mechanical, aqueous and solvent techniques. In collaboration with conservators, various cleaning agents and cleaning tools were then identified (Figure 5). To begin with, the effects of using the chosen tools only on clean samples were examined. The surfaces of the samples were examined before and after use for changes in gloss and contact angle . Any tool found to cause surface damage was discarded. Next, the remaining tools were used to apply aqueous cleaning materials and the surface examination process repeated. Finally, solvent cleaning was examined in the same manner. The aqueous and solvent treatments were then ranked and the samples cleaned by processes causing least damage were sent for artificial ageing to ascertain long term properties after cleaning. In the next stage of the project, samples with artificial dirt will undergo an identical system of cleaning evaluation. There are two types of artificial dirt in use in the project: organic soil made from carbon black and paraffin oil and sebum soil (to mimic fingerprints) which is made from palmitic acid dissolved in 1-propanol. By going through this carefully thought out evaluation of cleaning it is hoped to achieve our target which is to produce guidelines for safer methods of cleaning for different types of plastics.

Dissemination of the results of Popart is being achieved in various ways: Workshops on various research threads will take place throughout the project; a book that gathers knowledge and recommendations for the conservation of plastics collections will be published and this will inform artists, museum curators, conservators and scientist; and an end of project conference is planned.

It is hoped that Popart will be a turning point in the conservation of plastic objects in museum and gallery collections.