The show must go on: Touring textile and costume objects with hazardous substances

A hazardous substance is any material with the potential to cause harm if inhaled, ingested or absorbed through the skin. Their presence within the collections at the Victoria and Albert Museum (V&A) has been a cause of concern for many years. A good deal of work has been carried out within the V&A’s Conservation Department to address the risks associated with hazardous substances, including a project which began in 2000 focussing on felt hats from the Textile and Dress (T&D) collection thought to contain mercury. (1)

Hazardous substances within the collections can be linked to three main sources:

In 2009 a review of health and safety (H&S) procedures was prompted by the identification of hazardous substances found during preparations for the display and travel of the exhibition Hats: An Anthology by Stephen Jones. In terms of display, object size and security concerns were the main deciding factors to case the exhibition, thereby also removing risks to the public from objects containing hazardous substances.

A meeting between V&A stakeholders, Momart (art handlers and transportation agents for the exhibition) and a representative from The Laboratory of Government Chemists (LGC) helped to determine a new procedure for travelling objects containing mercury, but would also be applicable to other hazards. This review highlighted a need for clarity in terms of identification, documentation and safe handling.

Analysis, using X-ray fluorescence spectroscopy (XRF), showed varying concentrations of mercury and arsenic salts in addition to chromium salts and combinations of all in seven hats. One example contained high mercury levels of 7-9% weight for weight although REACH (Registration, Evaluation, and Authorisation and restriction of CHemicals), restrictions apply where concentrations are above 0.1% weight for weight. The V&A qualified for an exemption from special permissions as the concern here was with the international shipping of the objects and not with manufacture or processing. 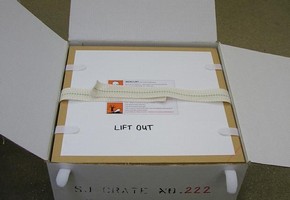 Figure 1 - Exterior of packing box for Modes de Louvers for Hats: An Anthology by Stephen Jones 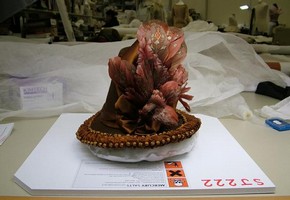 CoSHH (Control of Substances Hazardous to Health) risk assessments detailed the way in which these objects would be used and estimated the contact people would have with them. Risk and Safety phrases were moderated in order to contextualise the warnings, reflecting levels found in a specific object rather than that of a pure chemical.

A briefing document was produced for the tour detailing isolation procedures, including bagging and un-bagging of objects and the disposal of contaminated waste (i.e. gloves, tissue). (2) Recommendations for installation and de-installation were provided, such as installing hazardous objects last and de-installing them first to reduce exposure time. During transit the display mounts were also isolated by bagging to avoid the risk of transfer.

The exhibition Serge Diaghilev and the Golden Age of the Ballets Russes 1909-1929 opened in September 2010, containing over 300 objects and showcasing 73 costumes and accessories. Of these, 37 costumes were highlighted for open display. 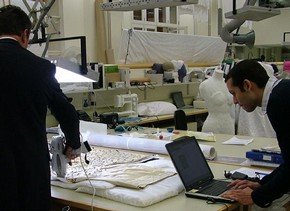 In 2009 a survey of the exhibition’s object list identified 35 objects as potentially containing hazardous substances. Instrumental analysis using a portable hand-held Bruker-AXS Tracer X-ray fluorescence spectrometer (XRF) confirmed the presence of lead, mercury, chromium and combinations of these, on 25 costumes (Figure 3). The context of hazardous substances found here was different from, for example, that of paintings conservation. In the context of this costume collection our concern related to the demands presented by flexible three-dimensional objects.

As with any instrumental analysis there are limitations of use. A hand-held XRF instrument is not expected to achieve high precision, reproducibility, sensitivity, spatial and spectral resolution. However, this portable unit can provide an indication of elements present. The unit is capable of collecting and collating data rapidly on a wide variety of objects and it can be brought to different sites, reducing the use of staff time and resources and minimising the risks to objects. (3)

The Ballet Russes material, from the V&A’s Theatre & Performance Collections, is very varied and presented many challenges. A travelling troupe like this one would have had demands on time, changes of venue and varying conditions under which the costumes would have been kept and transported. The financial constraints, scale of the production team, broad choice of materials, their characteristics and the techniques of application employed, for instance the method and mediums used to apply paint layers, may have contributed to the inconsistencies that now appear between local areas, garments and ensembles. 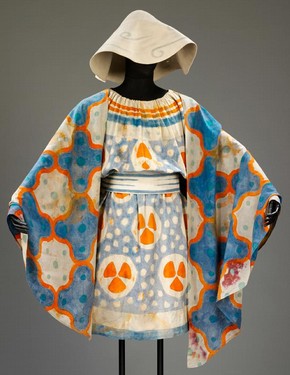 Figure 4 - Trace levels of mercury, arsenic and lead in different combinations were found in the ensemble for a Beothian Youth (Museum no. S.638-1980), Diaghilev Ballet Narcisse, 1911

All felt hats and selected painted costumes with problematic areas were singled out for analysis (Figure 4). The XRF data collated by the V&A Conservation Science Section was fundamental in determining treatments and appropriate handling. After consulting the V&A Senior Safety Adviser, and in view of the low levels of hazardous substances found, open display was considered viable.

The H&S procedure developed during Hats: An Anthology by Stephen Jones was extended to include costume ensembles and their display figures. All costumes with hazardous substances travelled on their mannequins, minimising handling at each install and de-install. The soft packing (padded shapes, silk cover and outer Tyvek bag) provided a sufficient barrier for travel and, when removed on installation, was bagged and clearly identified with hazardous labels. However, while on tour a H&S risk will remain during final adjustments to achieve the correct costume profile and when handling all soft packing material and mannequins in contact with these objects. At the end of the tour display figures and mounts that may have been contaminated will be stripped of all padding material and the figures will be tested for hazardous substances before re-use.

Multi-venue touring exhibitions have been a feature at the V&A since the 1980s. However, the identification of hazardous substances and the desire to travel these objects presented new challenges for the museum and receiving venues.

Both exhibitions discussed here have shown that hazardous substances can be found on diverse objects and originate from a variety of sources. They have highlighted the need to continue testing, identifying materials and risks within the collection that will help to expand the objects’ biography, assist in the management of collections containing hazards and improve training for staff.