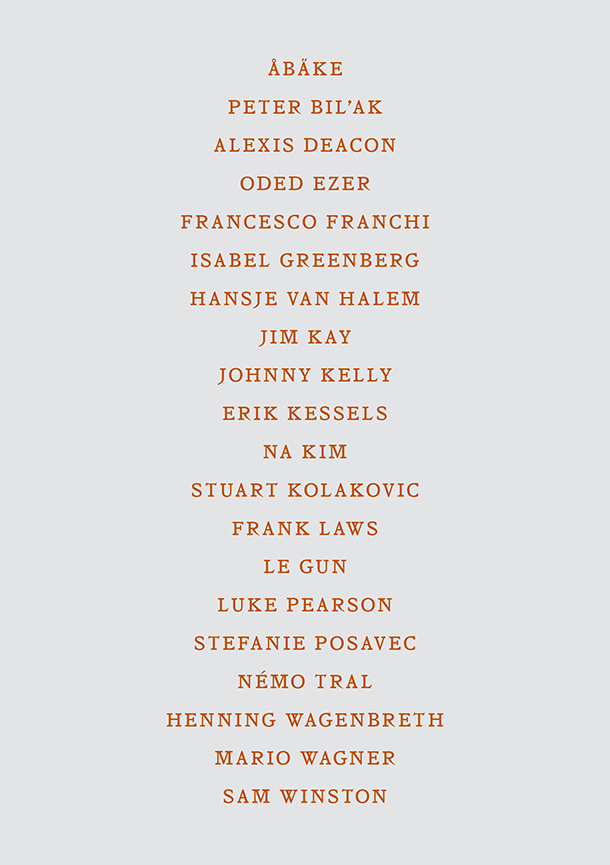 Sky Arts Ignition: Memory Palace brought together a new work of fiction by the author Hari Kunzru with 20 original commissions from leading graphic designers, illustrators and typographers to create a multidimensional story.

The way we read books is changing. Memory Palace explored how a story might be imagined in a different format – as a walk-in book.

Hari Kunzru's story is set in a future London, hundreds of years after the world’s information infrastructure was wiped out by an immense magnetic storm. Technology and knowledge have been lost, and a dark age prevails. Nature has taken over the ruins of the old city and power has been seized by a group who enforce a life of extreme simplicity on all citizens. Recording, writing, collecting and art are outlawed.

The narrator of the story is in prison. He is accused of being a member of a banned sect, who has revived the ancient ‘art of memory’. They try to remember as much of the past as they can in a future where forgetting has been official policy for generations. The narrator uses his prison cell as his ‘memory palace’, the location for the things he has remembered: corrupted fragments and misunderstood details of things we may recognise from our time. He clings to his belief that without memory, civilisation is doomed.

The chosen practitioners work across a variety of fields, from comics and editorial illustration to advertising and typography. The broad selection of contributors demonstrates the exceptionally diverse and expanding worlds of contemporary graphic design and illustration.

Kunzru’s story is written in a series of short passages that move in a non-linear way through the dystopian world he created. Each of the designers and illustrators worked on a different passage of text from the story, responding freely to the text. The resulting commissions varied dramatically in scale and format, from intricate hand-drawn works to large three-dimensional environments.

In these videos a selection of designers and illustrators talk about the process of creating their commission for the exhibition and how their work was inspired by the passage of text they were given from the story.

Peter Bil'ak's installation is a play on perspective. Working with the complete section of text he was given to work on, he created a large wall of reversed type. The sentence is illegible until the visitor passes by the work and looks back, at which point the text becomes readable and its meaning is revealed.

The installation is inspired by the piece of text that we received - particularly with the idea that the alphabet is a code that requires knowledge to decode it, and placed with the fact of trying to simulate how it is to lose the knowledge of the alphabet. How is it to be illiterate? This is something very hard for someone to imagine where there is 99% literacy in this country. So this piece can be presented from two different points of view - from literate and illiterate points of view. It’s the movement of the reader that changes the piece, the perception of the piece.

The process for me is that you work with sketchbooks or the computer and then it is always a joy to go from something immaterial to the physical world - from the digital world working on a computer to produce these metal type metal letters and then find the real context and see really how it works in the context of this exhibition. So I enjoyed the different parts of it and I am curious as to how it will be perceived in the whole exhibition.

Hansje van Halem responded to a passage about misremembered London underground stations that the prisoner likens to gemstones. She collaborated with the J.C. Herman Pottery to create thirty-two hand-painted floor tiles. Each unique gem shaped tile represents one of the stations the prisoner was tasked to remember.

My name is Hansje van Halem. I’m from Amsterdam. In my daily life I am a graphic designer. I design books and I play around with typefaces. When I design books I also make the endpapers of the book, which is making a lot of patterns. I love to work with materials and for this assignment - because the curators said it was completely free – I took words out of the text. The first sentence from my piece of text was ‘On a broken tile above my bed’, which I thought…‘broken tile, interesting’. And then they were listing all kinds of gemstones and one of them was agate and I just started drawing agates. Agates are a stone, which by nature, if you cut it, you have symmetry – a stone that has left and right, and I just started making a pattern with it. At first I thought from this pattern I would start making a type, but by making this drawing and changing it on the computer and mirroring it into a symmetry, I thought it would be very nice to turn it into tiles which was the first sentence of my piece of text.

Erik Kessels responded to two memory fragments that recall advertisting and recycling, creating a giant palace made from recycled advertising leaflets. The multiple layers of the structure, made up of thousands of partially legible messages act as both a comment on the overarching story and our present reality where we are overwhelmed by colours, shapes, and images in a constant onslaught of designed materials.

My name is Erik Kessels, I am from Amsterdam in the Netherlands. My part of the story that I visualised was all about advertising and recycling, and the fact that the story where the whole piece was based on of course was seven hundred years from now. There has been a digital storm so all of the memories have been lost and I made a kind of  'Trash Palace' out of it. So you have a sacred palace almost made out of all the memories and all the compressed memories nowadays end up in these huge paper bales. So walking through and looking at them you find all kinds of personal memories, old printed matter and that is what I would like to say with this. Normally when you are with these paper bales you see them in factories. The stream of information nowadays goes so quick and before you know it, everything is recycled again. So the idea is that when people walk through here they can also touch it, they can read parts of it and hopefully get a little bit overwhelmed by the information on it.

We did research at companies that make these paper bales - like factories that actually compress them - and it’s strange to see that there are all kinds of flavours as well in these paper bales. So you can have very colourful ones, very grey ones made only out of newspaper. Its bizarre how fast recycled material moves and how fast recycling goes.

Na Kim worked in response to a jumbled memory fragment outlining the laws of entropy. She created a large advertising billboard filled with abstract graphic symbols of organising tools that references a sentence where mankind is instructed to measure the earth.

I try to make this kind of contradiction situation through this piece, but I don’t want to make the title for this just a big advertisement saying nothing. This kind of exercise is continuous in my work, but this time is the first time that I make it a big billboard size and I also want to see how it can interact in the space with this bigger format and then different media. Through this piece I am explaining about my way of work but this is connected with the finding doors, which could be something important and serious. I think this kind of exercise really fits with this text, but at the same time people can really catch the meaning. I think the contemporary scene, some big billboard advertisement say similar things - saying something all the time like a crazy voice that nobody can catch any more because it’s too much.

This is really blown up into a bigger size, so I just also brought some real pieces - actually the leftover pieces. I want to place this real material in the space and spread it out with a small caption so you can really think that something that you can see - its not reality - but you can find some small pieces in the exhibition space.

Frank Laws created a series of intricate paintings that form an installation of the prisoner's cell. The scenes depicted inside the cell are the Prisoner's memories of London buildings. The narrow viewing points evoke the claustrophobia induced by spending day in day out in a confined space.

Henning Wagenbreth's installation responds to the prisoner's definition of a museum and is made up of hundreds of painstakingly painted wooden blocks he calls Tobot Bloks. Piled as a brightly coloured tower, they feature words and images. The installation makes reference to the construction and deconstruction of culture and also acts as a metaphor for how language and meaning is constructed.

I am Henning Wagenbreth from Berlin. I’m a graphic designer and illustrator and for this exhibition I developed a set of building blocks. They consist out of about 700 pieces, small and big ones, and on the wooden blocks I painted images and a big collection of words. For me just the toy of visual expression that you can add words to different images and you can build words together. And for me, this whole set of building blocks is like a metaphor for our language, and our whole system of meaning – how we communicate with images and with words. What I like in the result is that you rediscover meanings of combined words, but sometimes it directs to things you don’t recognise, because they just don’t exist in combinations.