One of the purposes of the Conservation Administration Section is to generate statistical information for the Department. The Medieval & Renaissance Galleries is the largest project that the department has delivered since the British Galleries. For the past five years it has involved virtually all the conservators and scientist working in all eleven studios; over 70 members of staff. The Medieval and Renaissance Galleries Steering Group needed to be assured that progress on this flagship project was not compromised by the numerous other activities (exhibitions, loans etc) that were running concurrently. Mid-way through the project, a way of presenting this information in a readily understandable monthly Conservation progress report had to be devised. These were generated using hours recorded in Microsoft® Excel 2002 format. To try to give the reports a little flexibility and to set them up for possible use in future projects, we decided to also experiment with generating reports in Microsoft® Project Professional 2002.

The information for the reports was drawn from two existing sources of management information, the CSD Activity Logs and the conservation treatment recording system Concise. Initially the M&R Progress Logs were devised to show progress over time by objects (from Concise) and hours (from the Activity Logs), against a completion date of October 2009. An arbitrary date of October 2006 was assigned for the commencement of the project, though some work had already begun before that date. The Progress Logs spreadsheets were then successfully used to generate charts with trend lines, however, the graphs did not show much variation monthly. This was investigated and highlighted limitations in the data available.

The object list for the Medieval & Renaissance Galleries has been repeatedly modified over the course of the project to reflect changes to the galleries' design. As a result, the conservation estimates were also revised as some objects were more complex to treat than originally anticipated. The original estimates were therefore inaccurate.

Activity Logs have been used in the Conservation Department since 2006 (Figure 1). The Activity Logs capture the Department's time spent on the full range of potential Museum activities by month. The spreadsheets are simple and many of the headings are generic, e.g. 'loans' or 'scholarship' which does not provide for much flexibility when completing them. The collated information is subsequently used to determine the accuracy of original project time-estimates and helps in the forecasting and allocation of staff resources to future projects. Practical conservation, recorded by project, is not separated in these logs from activities such as assessment, project meetings, advisory work and preventative conservation.

Treatment information is recorded on the bespoke conservation database, Concise, which includes both estimated and actual time for work on each object. However, there are limitations on the depth of information that can be drawn from this system. There are at least two possible fields in Concise used to record treatment time. A very complicated data-filter consequently needs to be applied to retrieve statistics. Using information from Concise to report on progress was found to be inaccurate, particularly for objects which required lengthy conservation time (e.g. the reconstruction of large architectural fragments involving several members of staff) as hours are not entered into Concise until the object is completed.

The next step was to determine if, by using an alternative system, more accurate feedback could be provided and more accurate data recording enabled. Assisted extensively by an agency staff member, Sean Clements, a project manager of considerable experience and with input from Charlotte Hubbard, Head Sculpture Conservator, the Admin section retrospectively converted the data in the Conservation Progress Logs to MS Project. This proved to be an ideal learning resource for the section, allowing us to develop our skills in a previously unfamiliar piece of software. 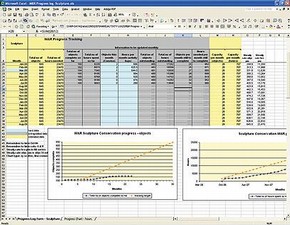 Figure 1. An example of a progress log in MS Excel.

Whilst MS Project is ideally suited to resource/time forecasting before the start of a project, a great many parameter variations had to be tested to enable accurate conversion of data mid-project. The biggest hurdle was the fact that the version of MS Project being used did not seem to allow both retrospective 'Start Date' and task 'Duration' and this had to be entered manually after harvesting the data from Excel spreadsheets. Manual entry randomly affects the 'Completion Date', and therefore both time-recording and cost-tracking reports. The 'tasks' (objects) could not be assigned in advance to 'resources' (people) as object lists continued to be modified and staff were allocated to them as the project progressed (not at the beginning). If tasks are not allocated the data does not generate 'predecessors', leaving progress estimates against milestones impossible to generate. Estimating treatment time in the MS Project template, using data initially recorded in Concise, proved impossible as inaccuracies caused the 'Finish Date' to be extended  beyond October 2009.

A combination of these factors ultimately meant that Gantt charts and reports from MS Project were not very useful. The process of converting the data however, gave a very clear insight into potentially more accurate project planning across the V&A. It was impressive that MS Project was able to cope with retrospective data of this quality and it was satisfying to have been able to set up a template that could be adapted to smaller, self-contained projects, perhaps for example, large loans. With finalised object lists supplied sufficiently far in advance to allow individual objects to be pre-assigned to individual conservators, MS Project may be possible to use for accurate conservation planning.

I would like to acknowledge the invaluable input of Sean Clements for his three weeks continuous work in converting the Concise and Excel data into a recognisable MS Project template and his authorship of a user manual for this purpose.