A gun-shield from the armoury of Henry VIII: Decorative oddity or important discovery?

This is a preliminary report on the technical investigation and conservation of a 16th century gun-shield, now at the V&A, which was treated for the British Galleries project. The work is an example of the value of collaborative research across disciplines. It illustrates the importance for the conservator of understanding the object to be treated and how, by taking a collaborative approach, new historical information and conservation methods can be found.

The V&A’s gun-shield is from a group of some 46 surviving examples originally from the armoury of Henry VIII at the Palace of Westminster, the Tower of London and other Royal sites. Eight gun-shields have also been found on the wreck of the Mary Rose. The gun-shields are listed in the inventory of 1547 taken after Henry VIII’s death as 'targettes steiled wt gonnes xxxv' (targets steeled with guns 35)1 .

They have been thought to be Italian in origin, as they were offered to Henry VIII in a letter of 1544 from a painter of Ravenna named Giovanbattista2 . They are described as 'several round shields and arm pieces with guns inside them that fire upon the enemy and pierce any armour'. They are an unusual example of a short-lived technological innovation and Henry VIII’s interest in new inventions. 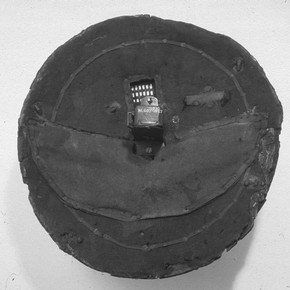 Figure 2. The back of the gun-shield after treatment. Photography by S Metcalf (click image for larger version)

The V&A gun-shield has been on display in the arms and armour gallery for many years. Apart from interest on the part of arms and armour scholars, it had become a decorative oddity largely ignored by the Museum. The selection of the gun-shield for display in the new British Galleries and the subsequent programme of conservation and research has changed this view. It has resulted in new discoveries, which have emphasised the importance of these objects both for the British Galleries project and for historians.

The V&A gun-shield consists of a breech loading matchlock pistol surrounded by a wood shield. The front of the shield (figure1) is armoured with ferrous plates and a central boss through which the gun points. Above the gun there is a metal grill for sighting. The back of the gun-shield (figure 2) is upholstered with a red textile lining, a yellow textile pad for the arm of the user and traces of carrying straps.

Overall the object was in poor condition. The ferrous plates were covered in rust, degraded grease and oil. Areas of wear, dents and minor splits were evident. Under the base of the boss there was an old repair or alteration. The boss and gun were loose and crudely attached with modern nails. The reverse and edges of the shield were covered in dirty and friable textiles. Attached to the upholstery were the remains of leather straps, upholstery tacks and linen tape. Under the pad, stuffing could be seen. Areas of the edge were damaged with losses to the wood carcass, leaving the textile unsupported. Traces of paint were noted on the metal plates and on the textile.

During this first examination many features were unclear. The exact age of the upholstery was unknown. It was uncertain how the gun-shield actually worked or what precisely the paint traces were.

As the gun-shield was so complex it was important to understand the object historically and technically to develop an appropriate conservation treatment. To achieve this it was essential to use expertise across several disciplines. Two approaches were taken. Firstly, expert opinion was invited to examine, and discuss the gun-shield. Secondly, other examples of gun-shields were examined and information collected by the authors. Fifteen gun-shields from the Royal Armouries collection at the Tower of London and seven from the Royal Collection at Windsor Castle were examined. Information on gun-shields in collections abroad was obtained by correspondence. In total the investigation involved eight museums / institutions and eighteen individuals. The research and analysis of all the various elements is on-going, due to the importance of the object in the light of new discoveries.

The key discoveries, which have caused the revaluation of the gun-shields are: 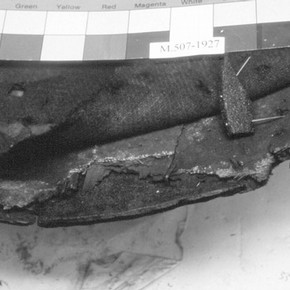 Figure 3. Detail of the back of the gun-shield. Photography by S Metcalf (click image for larger version)

Understanding the technical features, the importance of such elements as the upholstery and the wider significance of the objects in the history of English materials and design were crucial to the conservation treatment. The treatment in turn also fed back into the research, providing new discoveries; for example:

This article has outlined some of the discoveries and conservation methods used during the treatment of what was thought to be a oddity in the V&A’s collection. The study of other examples of gun-shields was essential in developing an appropriate conservation treatment for the V&A gun-shield and has avoided the inadvertent loss of important historical information. The collaborative approach across disciplines has proved invaluable. It has ensured that a sympathetic treatment has been undertaken and that the information an object can provide during conservation has been utilised, making a misfit into a valuable addition to the British Galleries.

We are grateful to the many institutions and individuals who have contributed expertise and information to this project.