The Cinderella table (W.1-2006) is an impressive example of the use of plywood in contemporary furniture making (Figure 1). A prototype was designed by Jeroen Verhoeven as part of his degree at the Design Academy, Eindhoven (Netherlands) in 2005. The Victoria and Albert Museum acquired the table directly from the designer in 2006 and since then, it has been on open display in Gallery 76 (20th Century). Now, just five years later, the first changes in its condition are visible. A vertical split has occurred at the longest and closed side of the table and smaller splits are visible throughout (Figures 2 and 3). This justified a thorough examination to source the damage, therefore research and investigation were initiated to understand the manufacturing technique, the construction of the table and the materials, especially plywood. 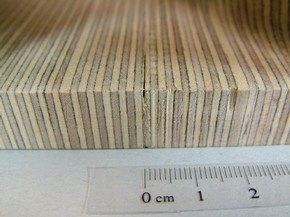 Figure 2 - Split on the underside of the long closed side. Photography by Kerstin Wadewitz

Plywood is manufactured by processing timber and is made of at least three layers of thin veneer. These veneers are orientated with the grain running at right angles to the adjacent layer and glued together with strong modern adhesives. This technique makes plywood very flexible and improves strength whilst reducing shrinkage, cracking and warping, in comparison to a non-manufactured timber. It is necessary to look into the manufacturing process of plywood to understand possible causes for the visible damage to the Cinderella table. Plywood is generally manufactured in large sheets. Layers of veneer are produced from logs of felled trees, which are debarked, heated and soaked to soften the wood. The log is then placed on a peeler lathe that rotates it horizontally with a full-width knife blade peeling an endless sheet of veneer from the spinning log. This peeling process causes a lot of tension in the wood and can cause small cracks throughout which can weaken the structure, but are normally filled with glue. For the Cinderella table, dark phenol-formaldehyde resin was used, but other adhesives are also commonly employed. The type of adhesive depends on the specific application of the finished plywood. When completed, the peeled veneer is cut to the desired dimensions, dried and an odd number of sheets are glued together with a hot press. 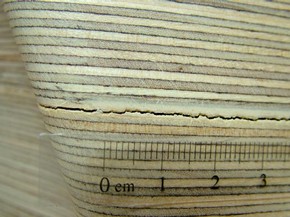 Figure 3 - Smaller splits along the edge of proper right foot of the short, open side of the table. Photography by Kerstin Wadewitz

The table is standing on three legs and has the form of a D-shaped, hollow shell entirely made of plywood. Two sides are open, the others, top, bottom and the longest side, are closed. Verhoeven used eighteenth century outlines and profiles of a commode and a table, merging them together with computer-controlled software, CAD (Computer-Aided Design). The outlines are at right angles to one another and create floating curves and an extraordinary shape. The pattern of the table is defined by the bevelled dark lines of the phenol-formaldehyde resin. The pattern changes at the long closed side of the table, particularly towards the curved side where the outline replicates an 18th century table and numerous hyperboles are visible. Although appearing solid, the table’s construction is relatively fragile and light. There are more than 700 glue joints which are vertically orientated. The shell has a thickness of 15-18 mm and gains its main strength from the long closed side and the vertical front beam.

The designer used 57 sheets of plywood for the Cinderella table, each with a thickness of 18 mm (13 layers), which are all vertically orientated. All sliced plywood sheets have to be in perfect condition, to ensure a stable bonding. Initially, the virtual form was sliced into single, or a stack of, plywood sheets, which were already glued together with a standard wood glue (PVAC). For this process CNC (computer-numerically-controlled) cutting tools were employed. To facilitate the subsequent bonding, supporting struts were added on the outside and inside of the actual cut-out. These supports provided more stability and strength while gluing the plywood sheets together in order to exert the necessary pressure with clamps. When the glue had set, the struts were removed and the entire surface was finished by hand. A final surface treatment was applied with a mixture of wax and calcium-carbonate. The white pigment applied is to lighten the colour of the birch timber.This complex and difficult manufacturing process involves a number of different techniques and technologies.

The crack found on the V&A Cinderella table has a length of approximately 38 cm, starting from the inside or bottom around to the back on the closed side. The width varies from 0.5 to 2.0 mm and smaller cracks are visible on other locations. All irregularities occur at glue joints between two sheets of ply and not within the actual ply sheets. These areas show irregularities in the glue layer, which appear to be due to an insufficient distribution of the glue, or the lack of pressure during gluing. They are located along the outside edge, which leads to the theory of veneer defects or losses which have occurred during the production (cutting) of the individual sheets, or result from the PVAC glue not being able to bridge those areas and cracks within the veneer, so that the previously described areas are seen as irregularities.

In addition, the long and main crack shows another abnormality. At the bottom, a light filler had been applied, which suggests that irregularities occurred during manufacture. This repair and the combination of defects, losses and cracks within the veneer along the edge are due to a lack of glue and the weight of the table causing the whole structure to weaken from the outset. While sitting on the plinth on open display, the tension within this area, caused by the weight and shearing force, was too great, resulting in a crack which is visible through the layers.

To date no treatments have been undertaken or planned, therefore the table should be monitored in the gallery to see if there are any further changes to the dimensions of the cracks.