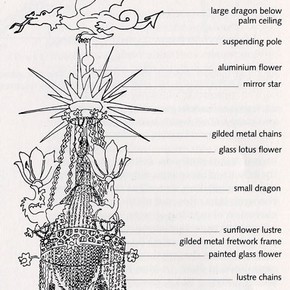 Fig.1. Diagram of the chandelier. (click image for larger version)

On entering the Banqueting Room of Brighton Royal Pavilion, your eyes are drawn to the domed ceiling, 45 feet high, which represents an Eastern sky, 'against which a gigantic palm rears its broad and luxuriant head... Beneath the resplendent waving leaves floats an immense fiery dragon, carrying in its claws the stupendous chandelier'. 1

The chandelier was created by the Regency designer Robert Jones. The design was executed in 1817 by the London firm of Bailey and Saunders and the lamp, consisting of cut glass crystal 'lustres', created by Messrs. Perry& Co. Costing over £5,600 the chandelier has been described as 'a very superb lustre of matchless design and workmanship'.2 'It is suspended by chains of gold issuing from the centre of a large and brilliant star; a belt of diamonds, rubies, pearls and garnets encircling its base. The body represents a fountain in full play; the cut crystals forming the water being exceedingly realistic. Around the base crouch six winged dragons each holding in its upturned mouth a beautifully shaped water lily of large but proportionate dimensions. From the claws of these animals depend festoons, shields and tassels, all in crystals; the whole forming a superb ornament'.3 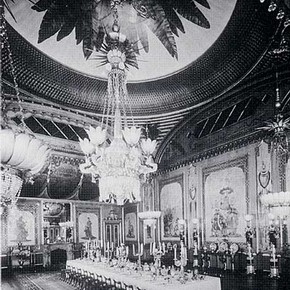 In 1982 a Royal Pavilion Restoration Ad Hoc Committee report stated that the chandelier needed extensive restoration which would very greatly improve the appearance of the room. They estimated that the work would take two man years and cost £22,000. The conservation team (seefootnote ), however, had only two weeks to 'spring clean' the chandelier before the room was needed for a function. I was given the opportunity to assist during a short placement.

The chandelier weighs one imperial ton and is thirty feet high, so cleaning had to be done in situ via scaffolding towers. Before any cleaning took place Anne Sowden, the Royal Pavilion's Glass Conservator and Decorative Artist and I took the opportunity to survey the chandelier from the vantage point of the scaffolding to ascertain the condition and, as far as possible, the details of the chandelier's construction. (Fig.1)

It was decided that the lower section of the chandelier should receive the most attention, it being safely accessible from the mobile towers and being the most obviously dirty. All the lustre chains from inside the fretwork downwards were removed and cleaned in the conservation department. The painted glass flowers were also removed to the department for cleaning. Whilst these elements were off the chandelier, the rest of the assembly could be cleaned in situ without obstruction.

As the main problem with the lustre chains was dust, we decided to clean them with a 5% solution of Synperonic N (non-ionic detergent) in warm water and then rinse them with clean water. Immersion of the metal pins holding the lustres together was out of the question, but their removal from the chains prior to cleaning was also ruled out as this would have taken too long. A compromise solution was agreed upon, in which barely damp swabs of cotton wool and soft toothbrushes were used to clean the lustres, the pins being avoided. After rinsing with swabs of clean water, the chains were dried with clean cotton towels and placed on linen towels to dry thoroughly before being repacked. This allowed all the chains to be treated, yet minimised any harm to the pins. Whilst cleaning the chains, any lustres found with significant chipping around the pin holes which might subsequently break were replaced with spare lustres from the stores. Similarly, any corroded lustre pins were replaced with new ones.

The lustre sunflowers, which were suspended from the dragons' claws, each comprised a large lustre in a metal ring from which the teardrop lustres were attached with wire. Some of the wire attachments were covered with adhesive which had yellowed but still acted as a support enabling the teardrops to stand radially from the central lustre. For this reason, and again because of lack of time, the adhesive was just tidied up with a scalpel, not removed. The lustres themselves were cleaned as before, avoiding the metal rings, adhesive and wire. It was interesting that the teardrop lustres were of lesser quality than the central lustres, being pierced at both ends for fixing in chains. They also did not match the original drawings of the chandelier and it is likely that they are modern replacements. Finally, the painted glass flowers were cleaned. Detailed descriptions of their condition were made as many had broken petals and paint loss. They were lightly cleaned with dry cotton wool swabs, avoiding the painted areas.

Back in the Banqueting Room, the remaining parts of the chandelier were receiving attention. The fretwork, dragons and lotus lamps were thick with dust which was removed with soft brushes and vacuum cleaners. The glass base of the fretwork and the lotus lamps were covered were covered with Correx sheets (see footnote ) whilst work went on above them to avoid any damage should anything fall on them by accident.

By the Wednesday of the second week the cleaning was complete. It was then that the Pavilion's electrician took the opportunity to change the light bulbs in the chandelier. On Thursday, the day before the deadline, everything was finished and the difference in the chandelier's appearance was clear.

During the two weeks, I developed a fascination for this object and was given the chance and resources to investigate its history. In 1833 King William IV had the chandelier taken down as he 'was fearful lest, from its immense weight, the supports should give way and some fatal accident occur.'4 It was stored until 1842 when Queen Victoria reinstated it. Having tired of Brighton in 1847, Victoria had her things packed into 143 carts and moved to London. It is thought that the Banqueting Room chandelier went to Kensington Palace, returning to Brighton in 1864. It might have been at this stage that the chandelier was changed from oil and fitted for gas. The dragons' tails still bear the scars of gas light, all being quite badly charred. In 1883 following an offer from Magnus Volk, a local electrical engineer, the Pavilion was installed with electricity. It remained in place until World War II, during which it was partly dismantled in an attempt to preserve it.

Owing to dismantling and reassembly in the chandelier's history, its shape seems to have changed. Aquatints by John Nash, largely based on watercolours by Augustus Charles Pugin, were produced in 1826 and a comparison of these with later photographs and its present appearance show some differences. One obvious difference is the absence of the uppermost lustre chains which originally hid the chandelier's suspending pole. It is very likely that these were not replaced when it was returned to the Pavilion in 1864. A full list of changes to the chandelier and its chronology has subsequently been compiled by Anne Sowden and forms part of the condition report.

Previous restoration work had also been done on the chandelier and this is documented in the Brighton Pavilion Requisition Book. An entry for 1822 records 'sundry alterations and additions in exchanging the silver balls to cut glas drops &c to centre chandelier - £100.' This work and other lustre replacements were carried out by Mr Perry, 'The Lustre Man'. 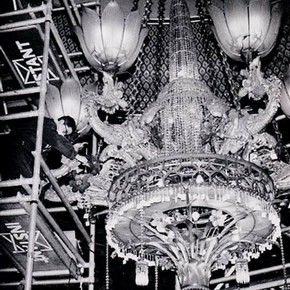 Fig.3. Cleaning the chandelier once the lower lustre chains were removed. (click image for larger version)

Photographs from 1903 and 1939 show that the hanging loops under the dragons have also had various permutations and the original 'diamonds', 'rubies', 'pearls' and 'garnets' mentioned earlier are now no longer to be found. Ken Hambling, a technical electrician on the Pavilion Estate between 1947 and 1985, visited us during the project and brought with him a series of diaries listing the work of the maintenance team from 1948 to 1960. Many entries related to work on the chandelier. The aluminium 'flower' above the mirror star for example, was made by him in December 1959 from melted down scaffold poles and installed 'to conceal something'. He recalled red lustres in the Pavilion cellars and he associated them with the chandelier, but did not know when or if they were used or removed. The exact appearance of the chandelier originally is therefore somewhat uncertain, but after the 'spring clean' it once again looks suitably impressive for its surroundings.