Reopening Sat 1 May
Menu
Close
V&A Dundee
V&A Dundee
Unlike many other kinds of museums, objects on display in design museums can be ordinary and domestic. But this doesn’t mean their histories aren't fascinating. Meredith explores a once highly fashionable piece of ironwork that you might just end up spotting all over the place.

One of the things I love about our Scottish Design Galleries is the mixture of the extraordinary and the everyday. You’ll encounter precious and rare objects like a medieval Book of Hours or a Cartier tiara. But in the same space you’ll also see familiar objects like a fair isle jumper, a stoneware pot or a linoleum floor tile. This for me is one of the pleasures of a gallery devoted to design, where the craftsmanship and purpose of all things is valued.

One such everyday object is this cast iron balcony. It was the first V&A museum object destined for the gallery that I continually noticed out and about in the real world. I spotted it adorning flats, offices and shops. I was working at V&A South Kensington in London, spending a lot of time in the incredible stores where objects are diligently cared for as museum objects. They are neatly stacked, padded and wrapped. Nestled in temperature-controlled racks, the objects are carefully recorded. It can come as a surprise to see the same objects ‘out in the wild’ in their natural habitats, occupying the roles for which they were made.

Amazingly, the first time I saw the balcony it was adorning a building opposite the bus stop closest to the museum’s stores. I was so excited to see it that I gave the person I was with a bit of a fright when I frantically tore out my phone to take a picture.

It was the exact same design. I could tell by the distinctive wave feature running along the top and the two heart shaped outlines that encircle what’s known as an anthemion motif, a classical ornament resembling palm leaves or honeysuckle petals.

In the weeks and months that followed this first encounter, I found myself noticing the balcony design everywhere! Including right across the road from V&A South Kensington itself on Thurlow Place. 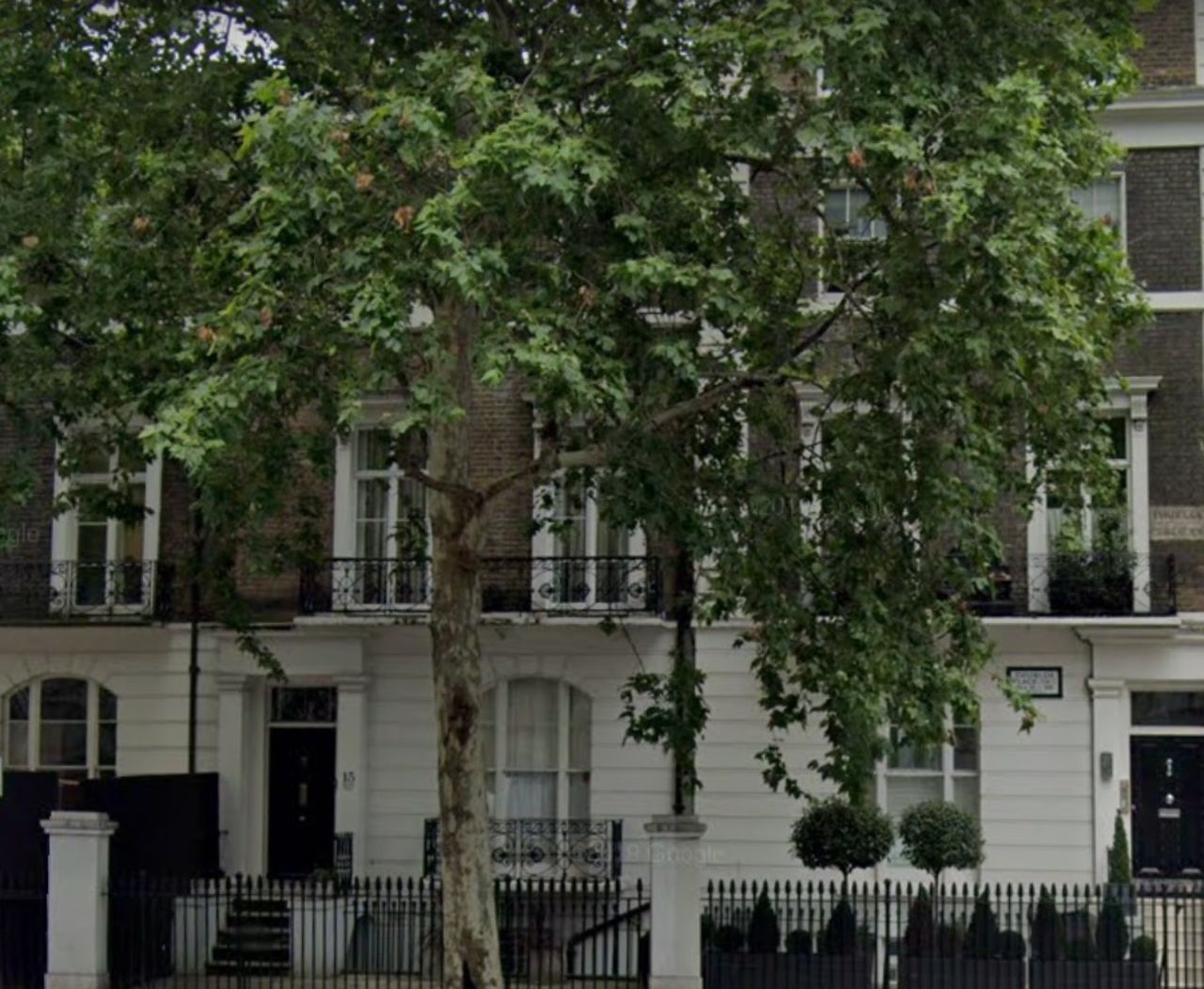 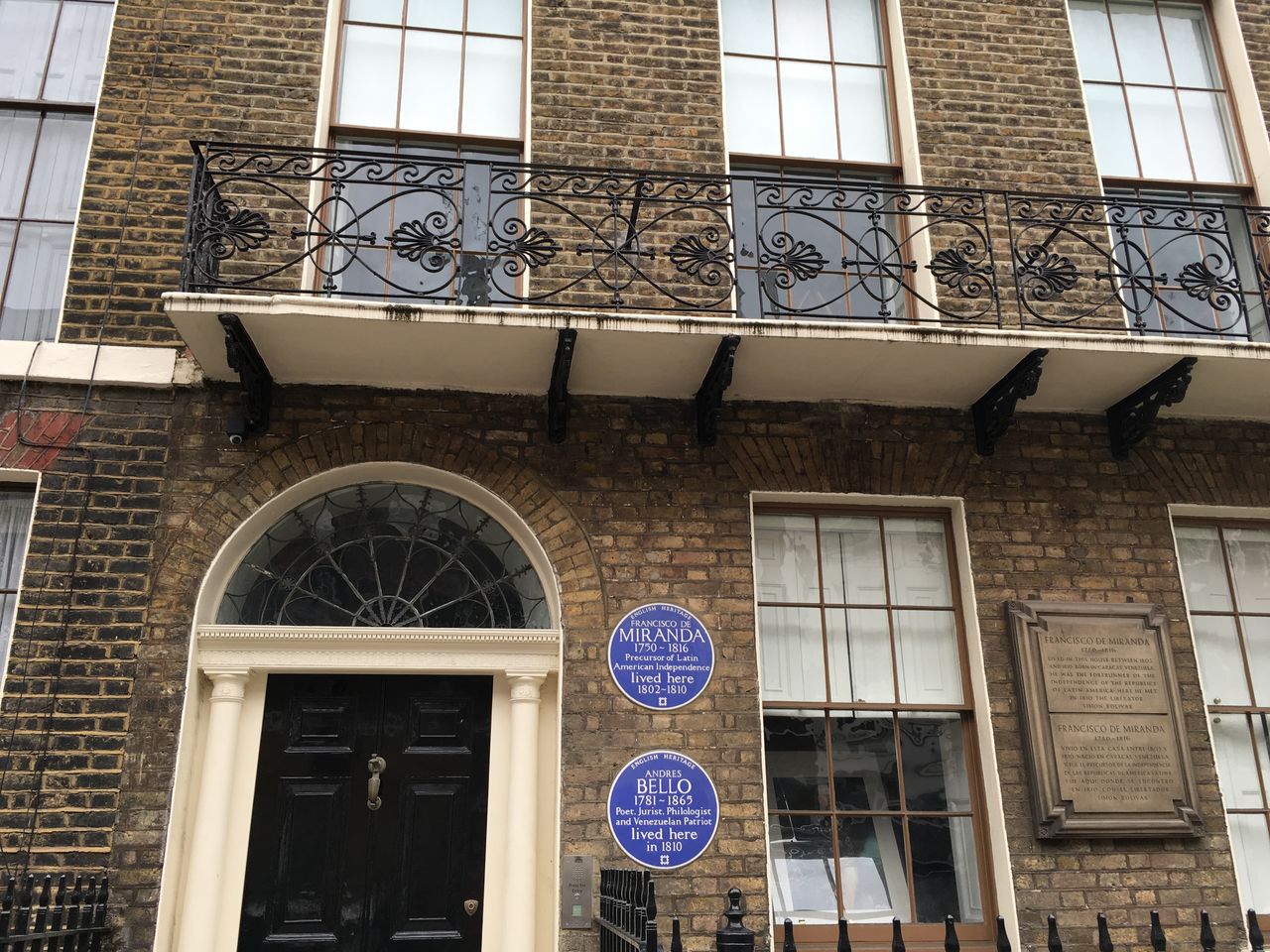 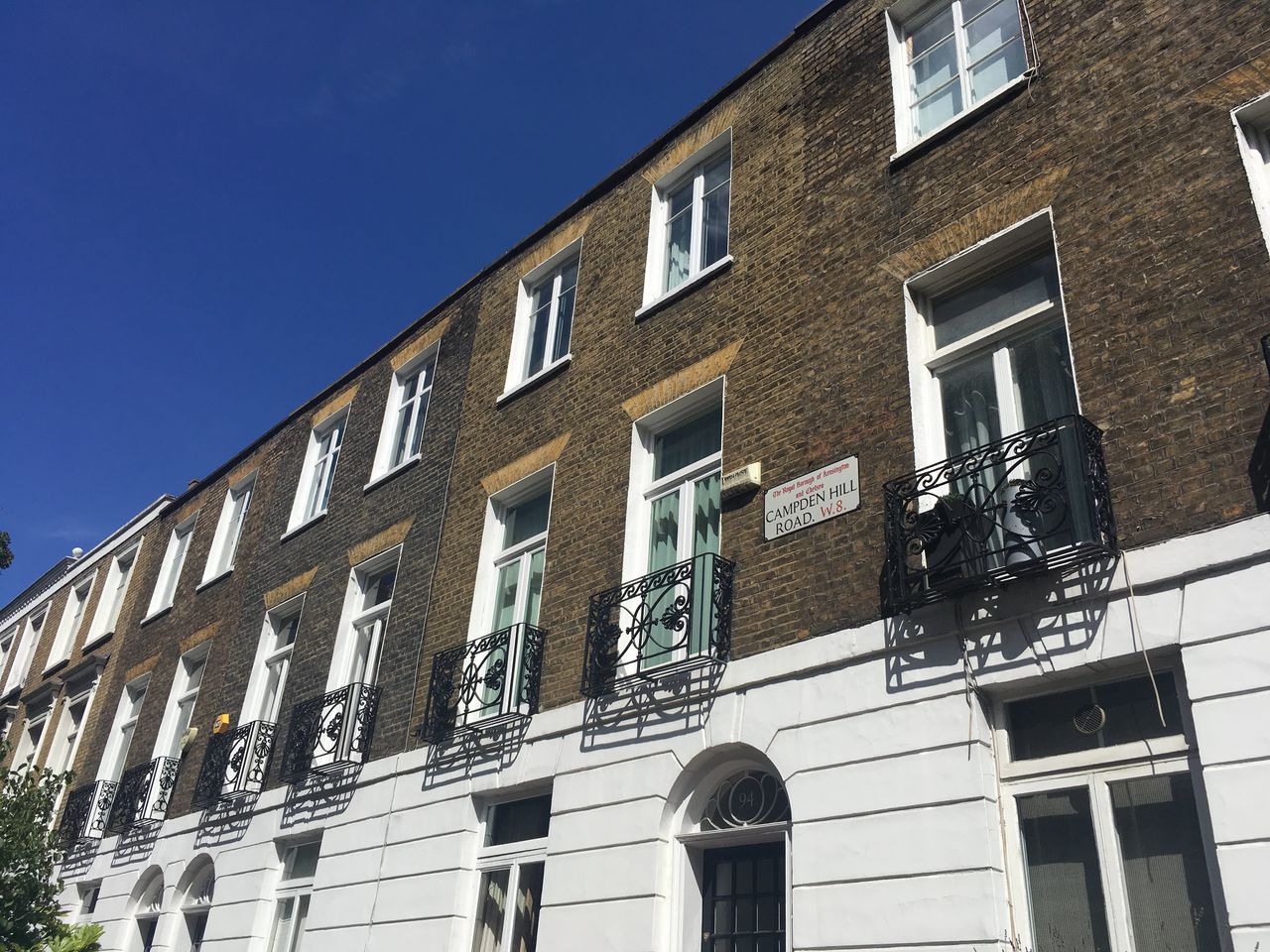 Of course, it’s no real surprise that I spotted this balcony design while out an about. Huge quantities of them were made and distributed from around the mid-18th century until well into the 19th century. In fact, over this period, it was one of the most popular balcony designs used on Neoclassical style buildings.

The design was sought-after because it first appeared on an extremely fashionable building. The Adelphi was an elegant development of terraced housing on the Strand in London, facing towards the Thames.

Built from 1768 to 1772, and now mostly destroyed, it was designed by the Scottish architects and rising stars known as the Adam Brothers. They were responsible for popularising the Neoclassical style, which they showcased at the Adelphi, but also in the numerous country houses they had built by this time in both England and Scotland.

The Adelphi had an ordered, repetitive façade. Its minimal decoration took the form of ornamental stucco pilasters and entablatures, as well as identical iron balconies and railings. The balcony in the V&A’s collection, the one that’s on display in the Scottish Design Galleries, is one of the ones that originally adorned the Adelphi. It was most definitely a trend-setter.

At the time, cast iron was a revolutionary new material. The Adam Brothers’ use of it was trailblazing. Unlike wrought iron, which must be bent into shape using tools, cast iron is made in a mould. This allows unlimited numbers of identical designs to be produced. Identical cast iron features were perfectly suited to the repetitive, uniform aesthetic of the Adam Brothers.

The cast iron they used was made by another Scottish firm, Carron Company. John Adam was also a Company Director there. Located on the River Carron near Falkirk, with easy access to water, coal, iron ore and limestone, Carron Company were one of Britain’s leading producers of this new material. And thanks to their relationship with the Adam Brothers, they became specialists in architectural decoration.

The Adelphi development was highly praised and helped to establish cast iron’s popularity across Britain. The patterns of the balconies themselves were also widely copied. The anthemion motif became one of the most popular motifs for ironwork well into the 19th century.

This explains why I had seen so many examples of the design around London. As I soon found out, its popularity spread much further than that. The easy replication of designs meant that it could be easily copied. In fact, the balcony design pops up all over Britain. I wouldn’t be surprised if many of you had seen one somewhere in your town or city. 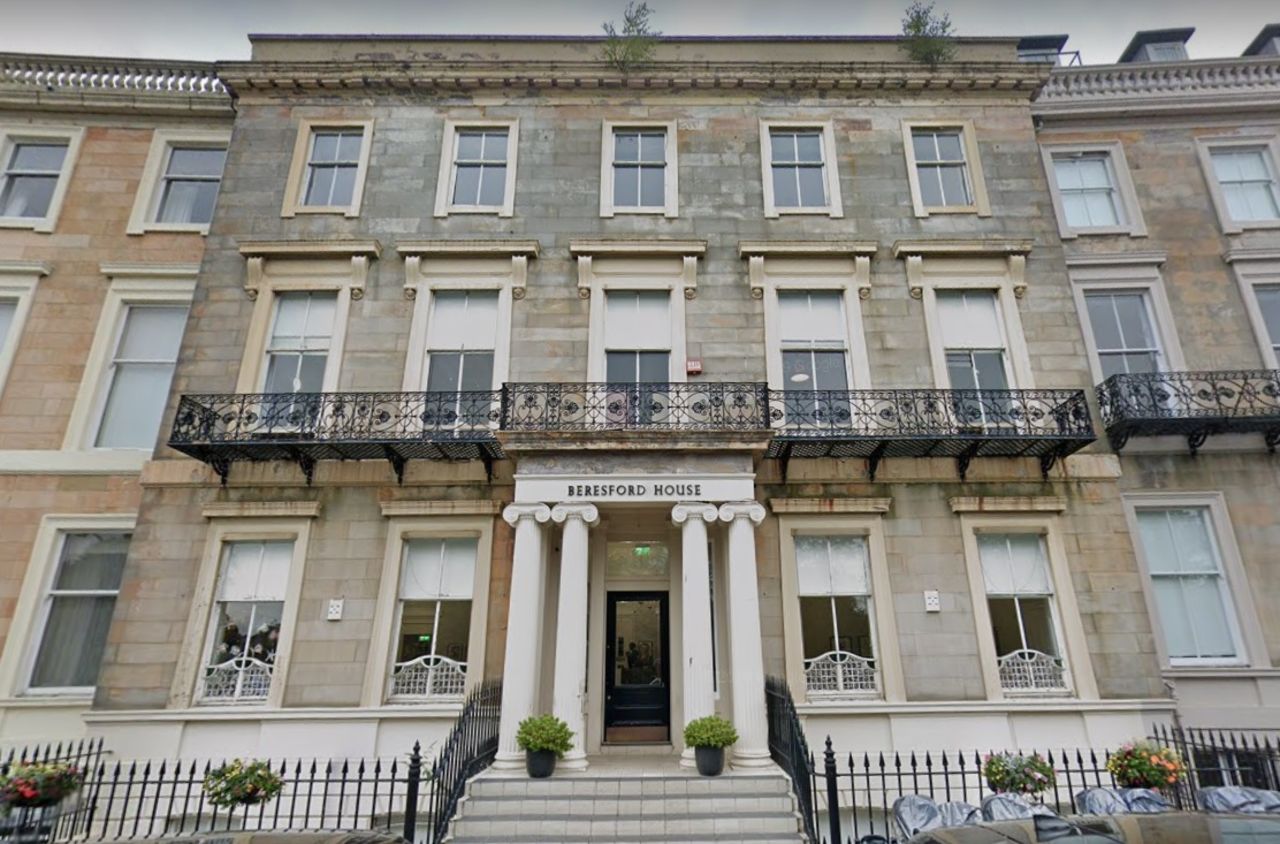 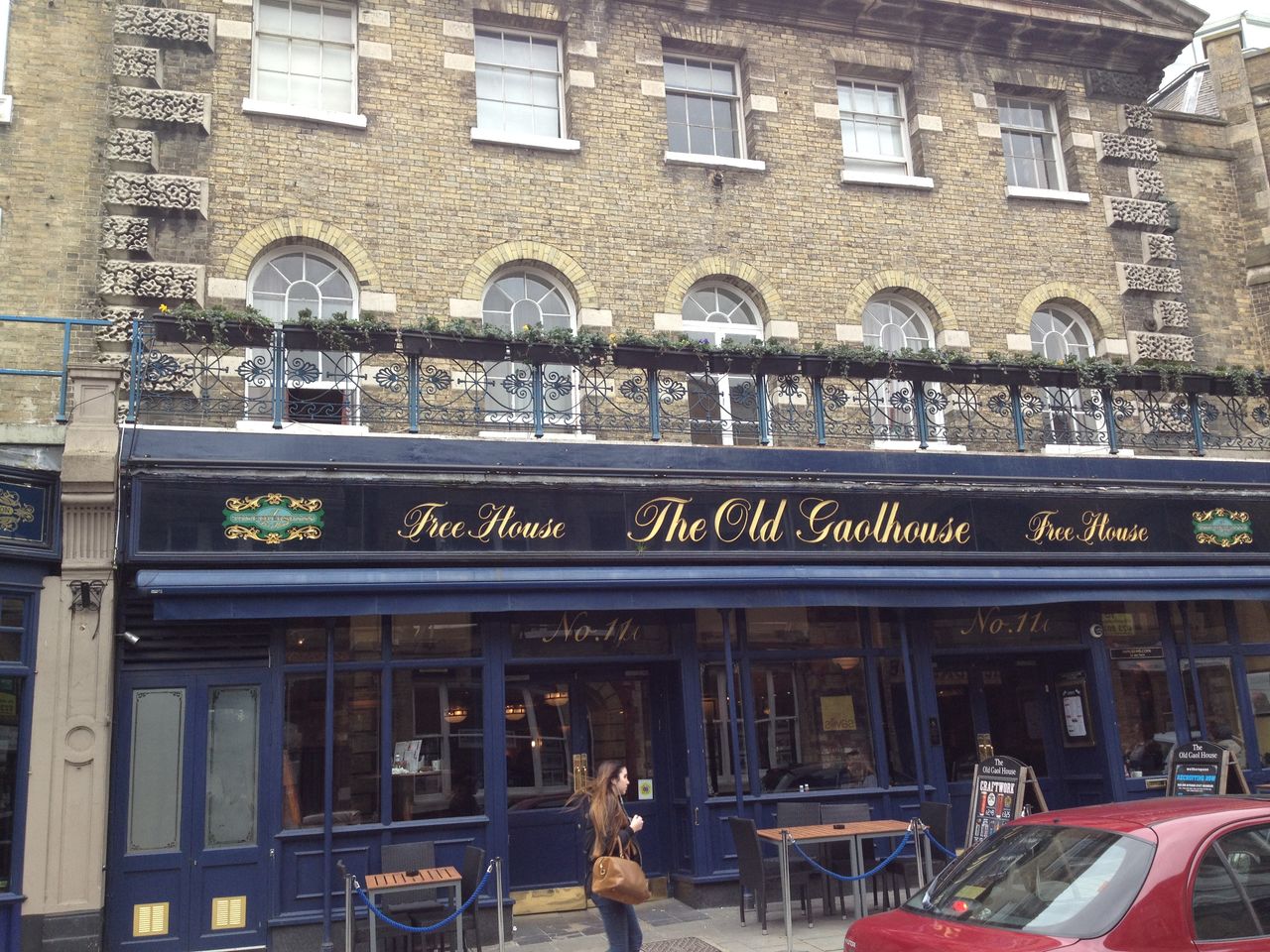 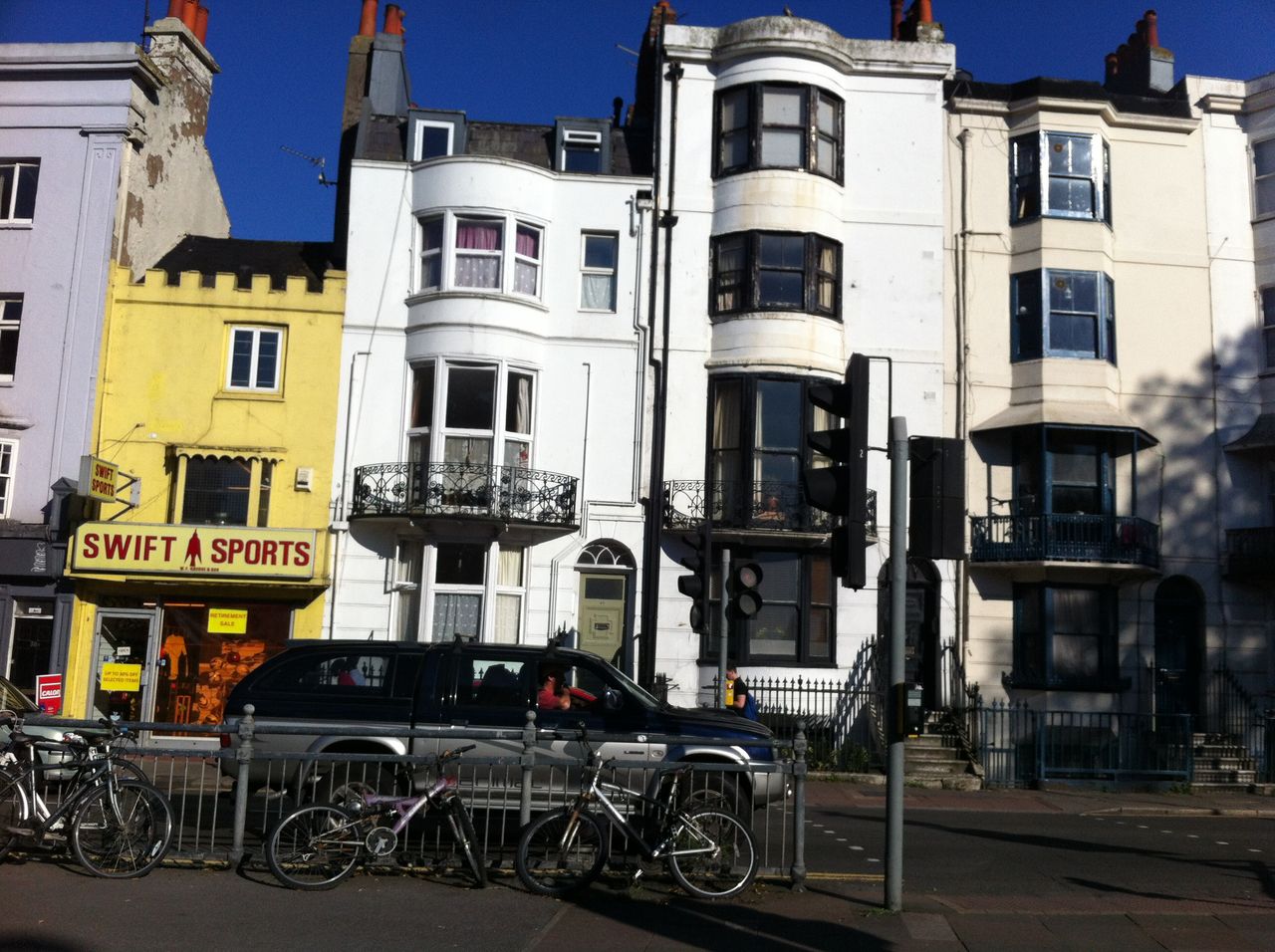 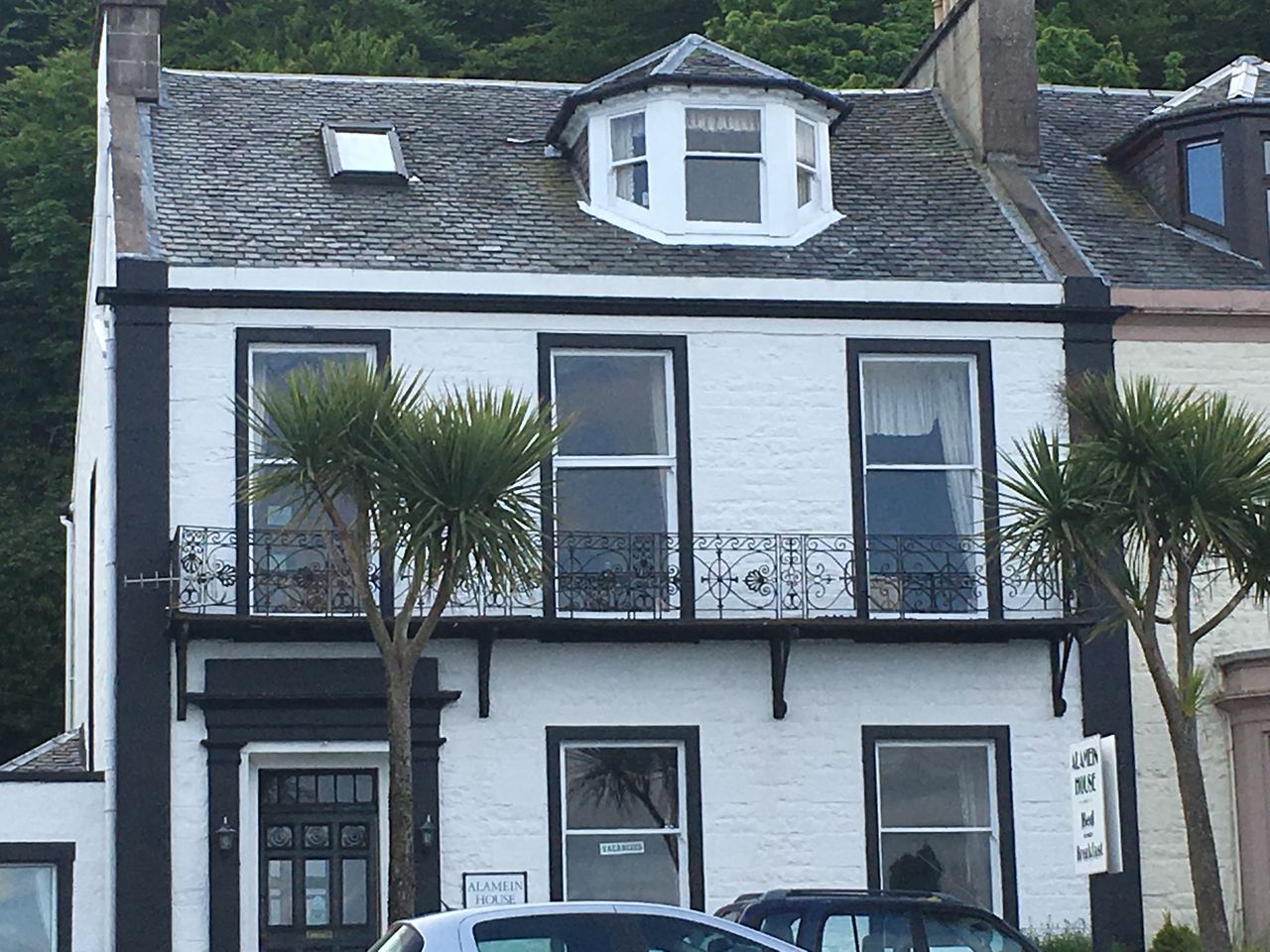 My encounters with this balcony design away from the safety of the museum’s stores or the prestige of the gallery make me realise how important it is that we have both versions. The rusted, partially broken examples that perform their function to decorate buildings for decades to come. And the conserved and protected example on display in the museum that reminds us of this everyday object’s importance and significance.

It’s also a reminder that back then, as well as now, the design of our built environment is influenced by many things. Fashion, technological developments and a desire for structure and order in our lives.

The search for the balcony design continues! If it adorns your flat, pub, hotel or shop, share it with us on social media. We’d love to see more of them!