What was your role in the design of the show?

As exhibition designers and graphic designers our role is to design spaces for visitors to encounter objects, films, images and texts that form the exhibition. For the design of Hello, Robot. we used a combination of architectural structures, materials, colour and lighting which created an atmosphere and experience that responds to the themes of the exhibition.

Hello, Robot. is a touring show from Vitra Design Museum, so we also had to design our scheme around existing exhibition cases and plinths that have toured to other museums.

A key part of the visual appearance of the exhibition is the graphic design. We developed a distinct identity ensuring that the graphics complemented the spatial design, that the texts were engaging and easy to read and that visitors could easily navigate the space.

How do you begin designing something to fill such a vast space?

With such an open and tall space, we immediately felt like there was an opportunity to build large architectural structures. We looked to the objects in the exhibition to inform how this initial idea could be executed.

A key point of inspiration for us was one of the objects in the show, the film ‘The Middleton Family at the New York World's Fair’, 1939. The film depicts a robot which is launched at the fair and acts as a futuristic domestic helper. We liked this interaction between robotics and exhibitions that explored future innovations and ways of living. We researched other examples of exhibitions of this kind, such as the Festival of Britain and Millennium Experience, and decided that we wanted Hello, Robot. to evoke the optimistic atmosphere of these fairs.

We worked closely with the museum’s curators to plot out the position of objects, zoning the different questions and themes. Using 3D software, we built a virtual model of the exhibition space and created a plan of different spaces within it. It was important to make sure that there was a good flow between objects so visitors would be drawn through the spaces. The exhibition was divided into four galleries and we designed a different architectural approach for each one. Our intention was that these spaces would feel like pavilions and zones within a World Fair. 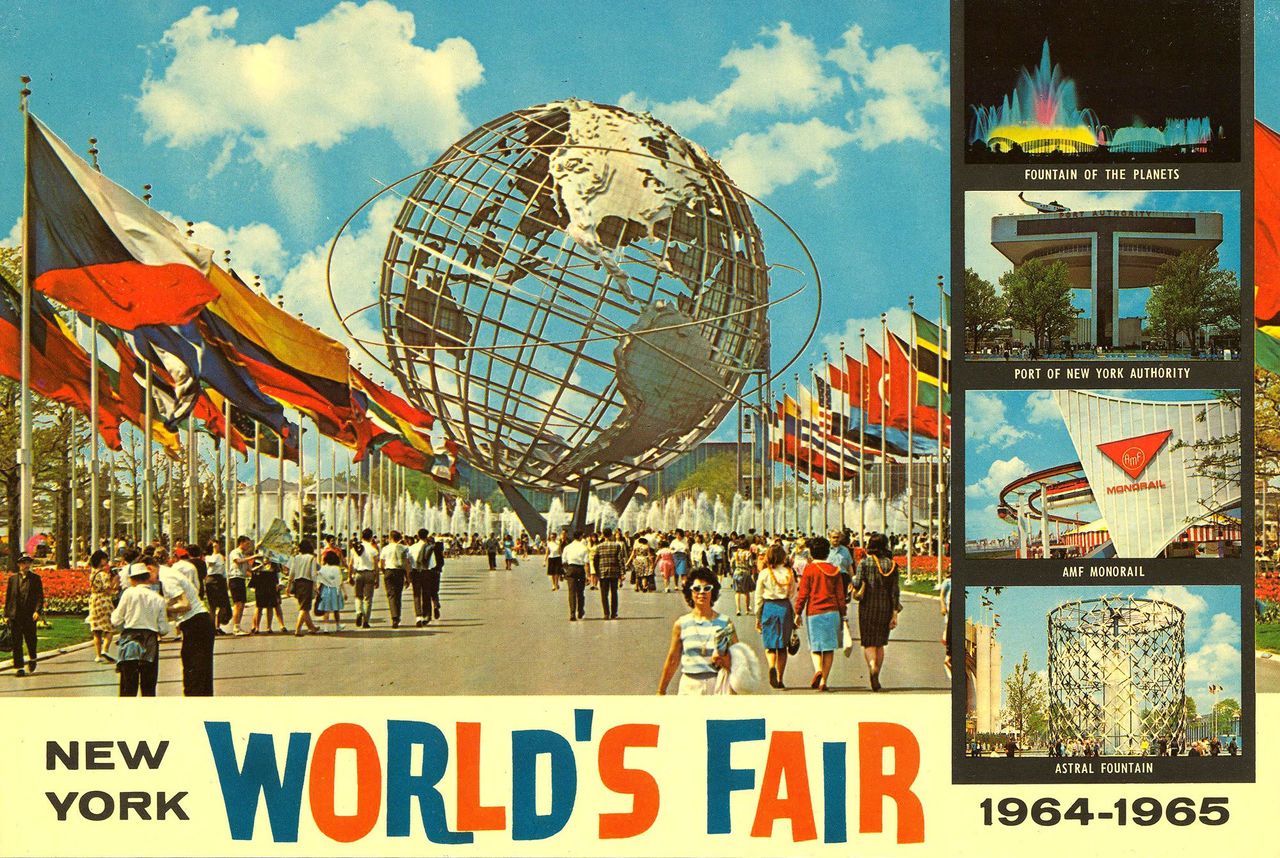 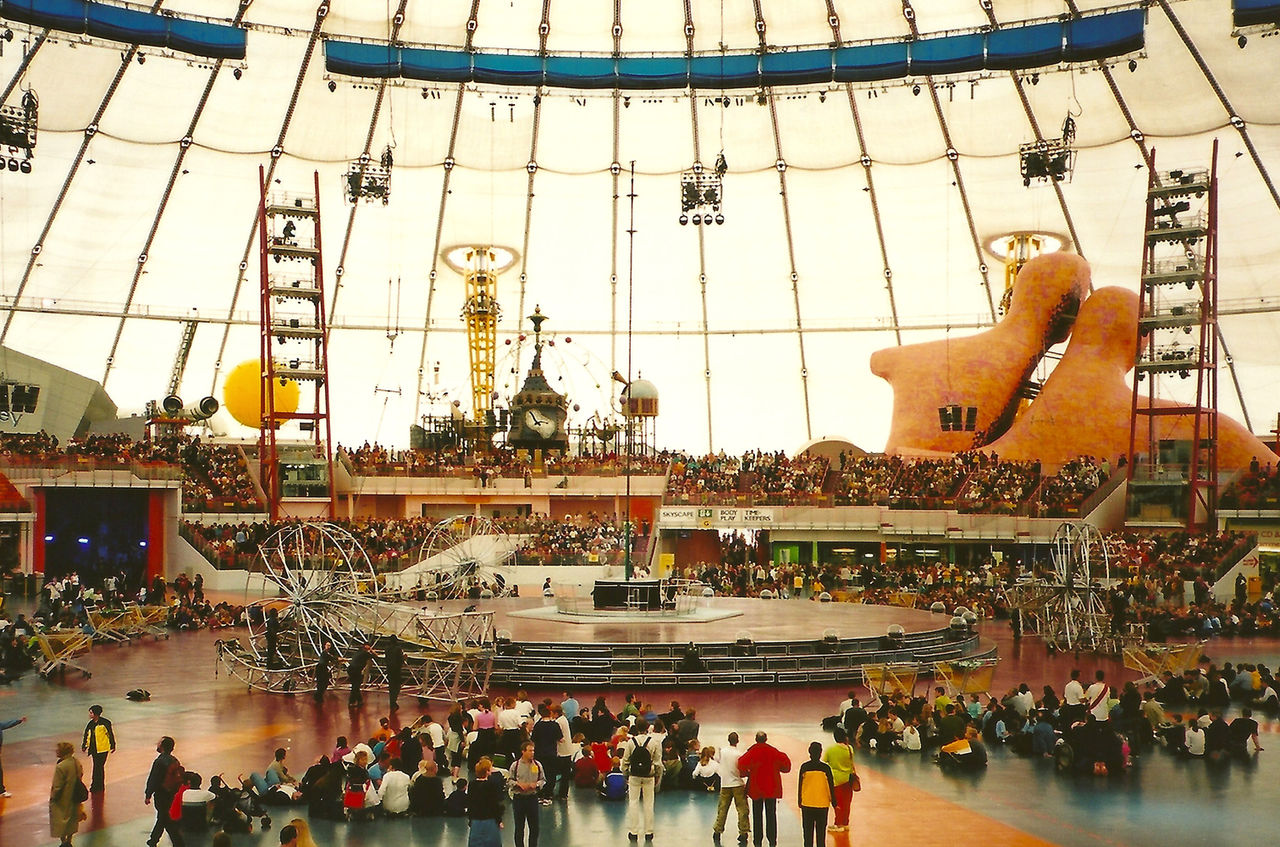 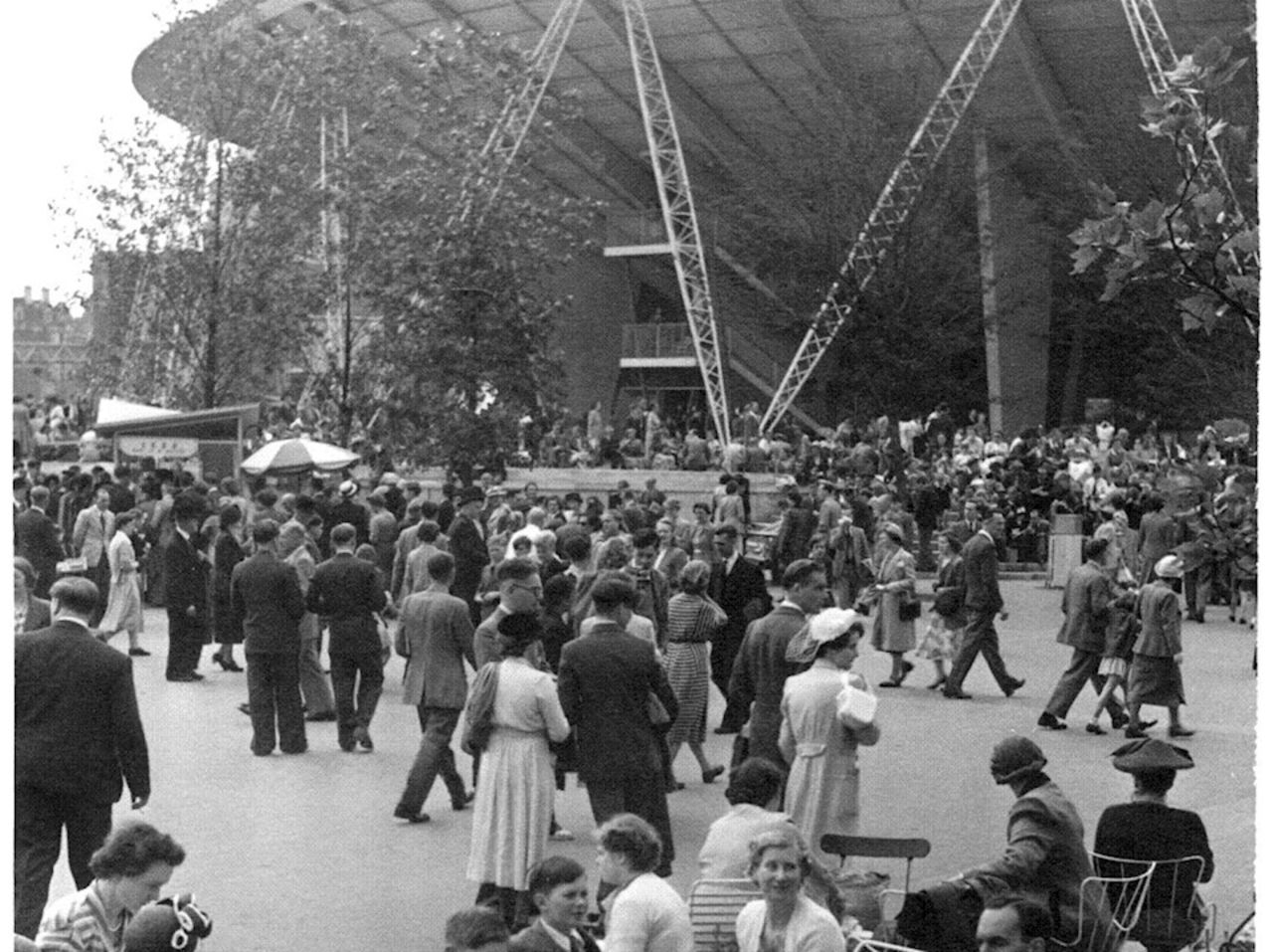 What inspired you the most when designing?

We were particularly inspired by the films in gallery 1: The Middleton Family at the New York World's Fair, Mon Oncle, Sleeper and Kraftwerk. These provided clues that directly informed our design approach.

The films have a ‘high-tech’ aesthetic: a movement of architecture associated with Archigram (featured in gallery 4), Richard Rogers and Renzo Piano. We referenced this movement through the use of materials and motifs such as the grid in gallery 1, the curly cables used for the hanging questions and the space frame truss in gallery 2.

Can you talk us through some of the key approaches of your design?

We developed three central design approaches for the Hello, Robot. exhibition. We loved the sawtooth ceiling and felt our design should draw attention to its design. We did this by rotating our floor plan so that all our structures ran at an acute angle against the direction of the sawtooth to create a more dynamic relationship.

Vistas were important to the overall approach too. We wanted visitors to be able to orientate themselves at all times. In gallery 1 we intentionally made the walls lower so that views to the factory in gallery 2 and the pavilion in gallery 4 were visible. In gallery 3 visitors also have a view back to the tower in gallery 1. These vistas were essential to communicate to visitors this idea of a world fair: a series of pavilions visible from the start of the exhibition.

Each gallery also has its own distinct material palette. We wanted to express the idea of the blending/merging of humans and machine by using increasingly transparent materials as the exhibition progresses. Solid gridded black MDF, semi-transparent polycarbonate, a gradient wallpaper and, finally, a pavilion made of openly spaced rope gave each section a specific character. 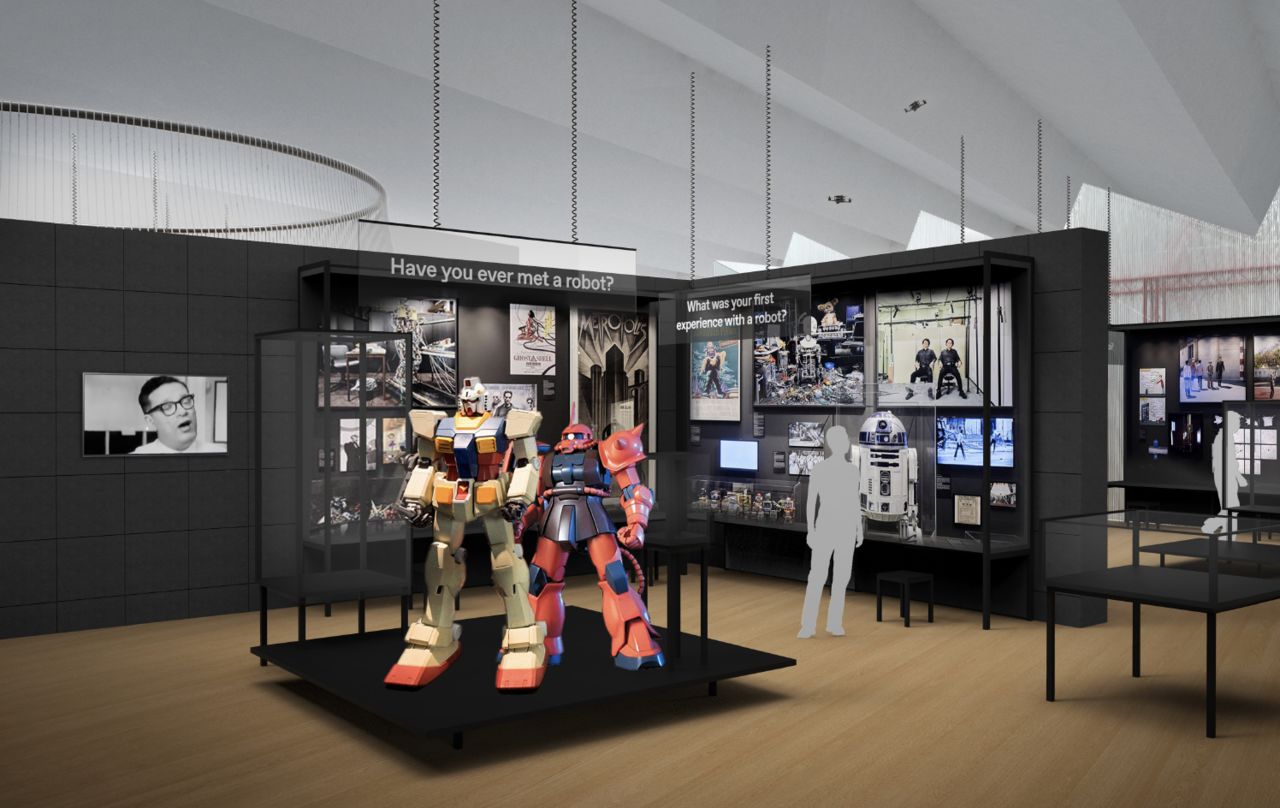 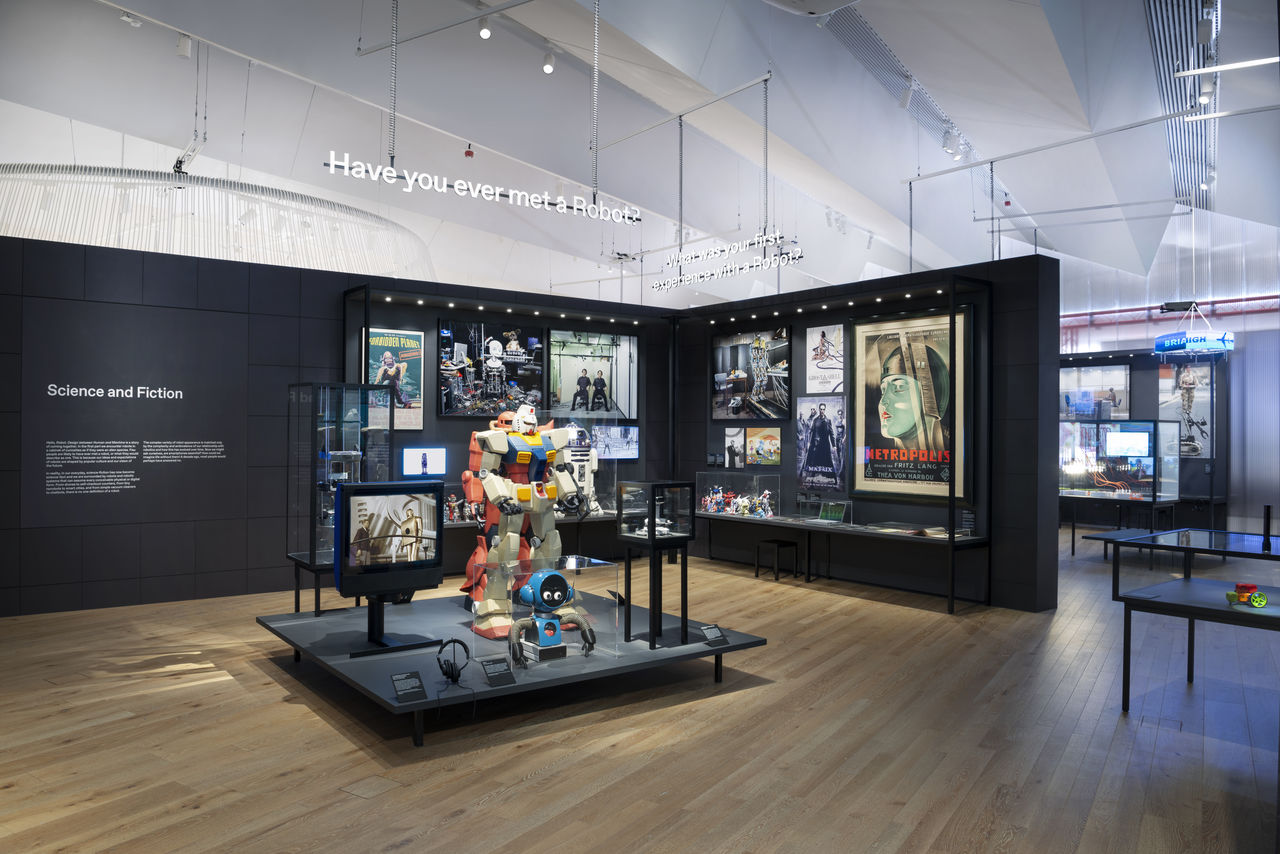 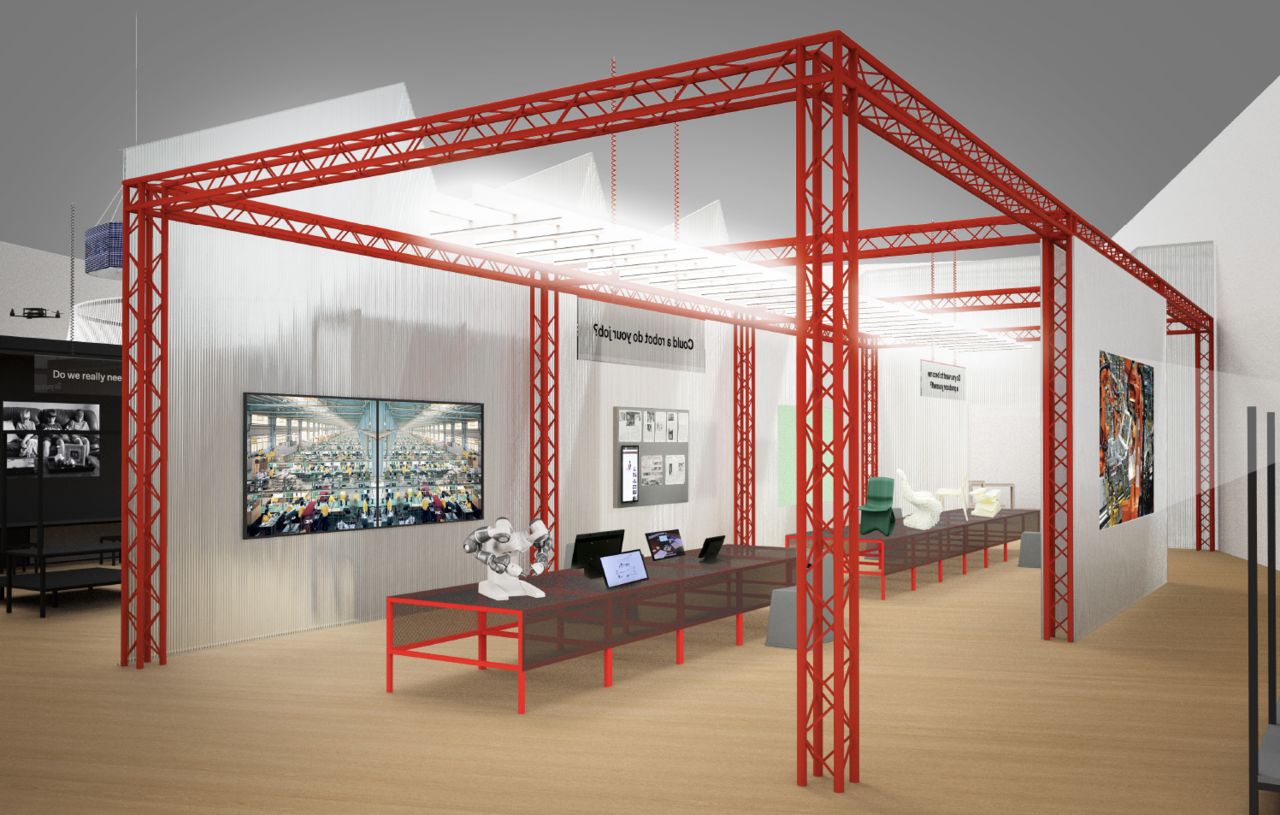 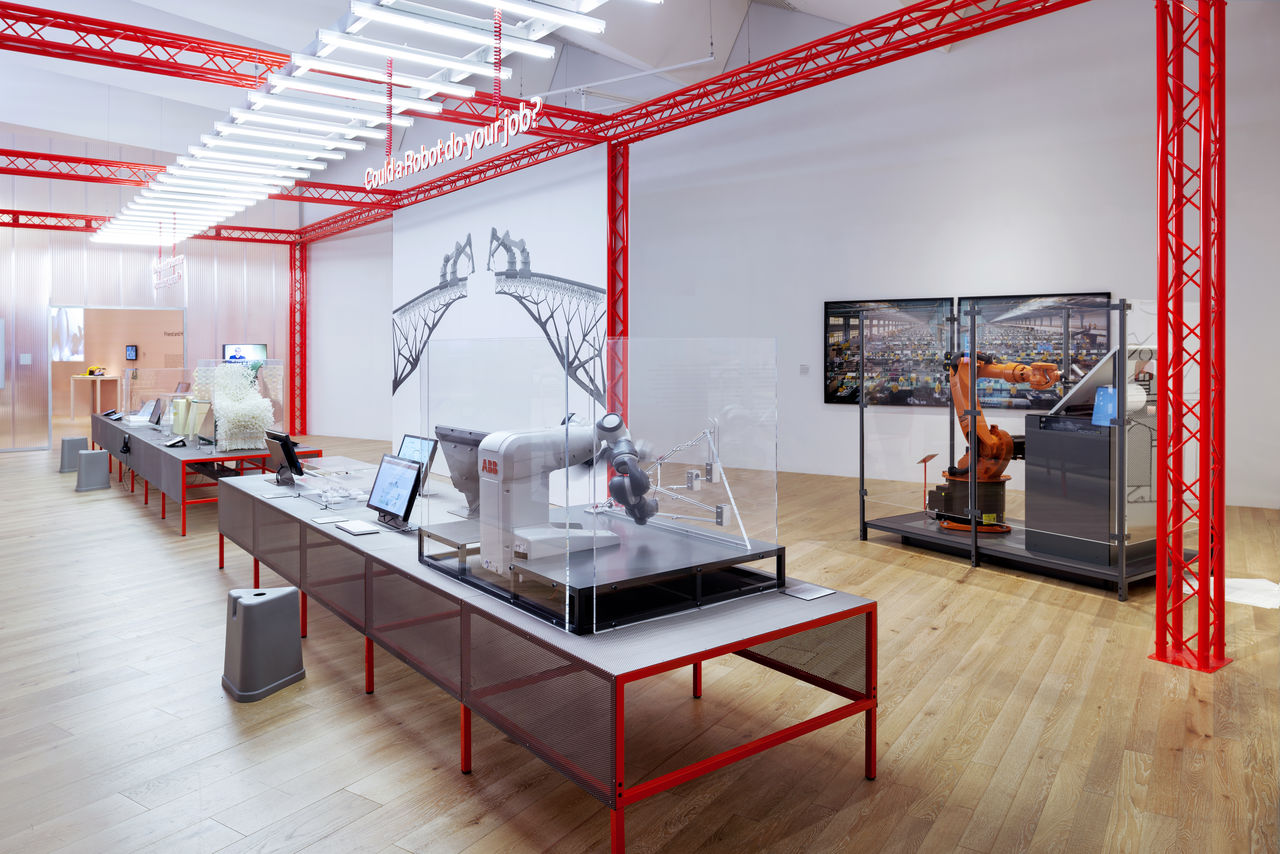 How have you managed to leave your distinct mark on the design without losing the essence of the original show?

We visited the touring show in Lisbon to gain a greater understanding of the original design. Most museums that the exhibition toured to were venues with a number of smaller rooms rather than one big open space.

We approached our design by building the walls around the existing exhibition furniture ensuring that they complimented each other. Certain principles were important to the show’s curator. A dark space in gallery 1, a pink space in gallery 3, the hanging questions. We created our own take on these, ensuring they complimented our scheme without losing the DNA of the original show.

Why did you choose to use an illustrator to help convey the messages of the show?

We wanted to introduce a human element to the design scheme as a counterpoint to the industrial aesthetic of some of the materials and forms. The illustration is also used as a way finding device to help guide the visitor round the exhibition. Each gallery has an editorial style illustration that combines with the introduction texts to communicate its key theme in a very immediate way.

We commissioned Jay Cover to produce the illustrations. We were drawn to his careful geometric style that is both precise and human; his drawn line feels like its straight from a human hand but is always carefully considered and controlled. 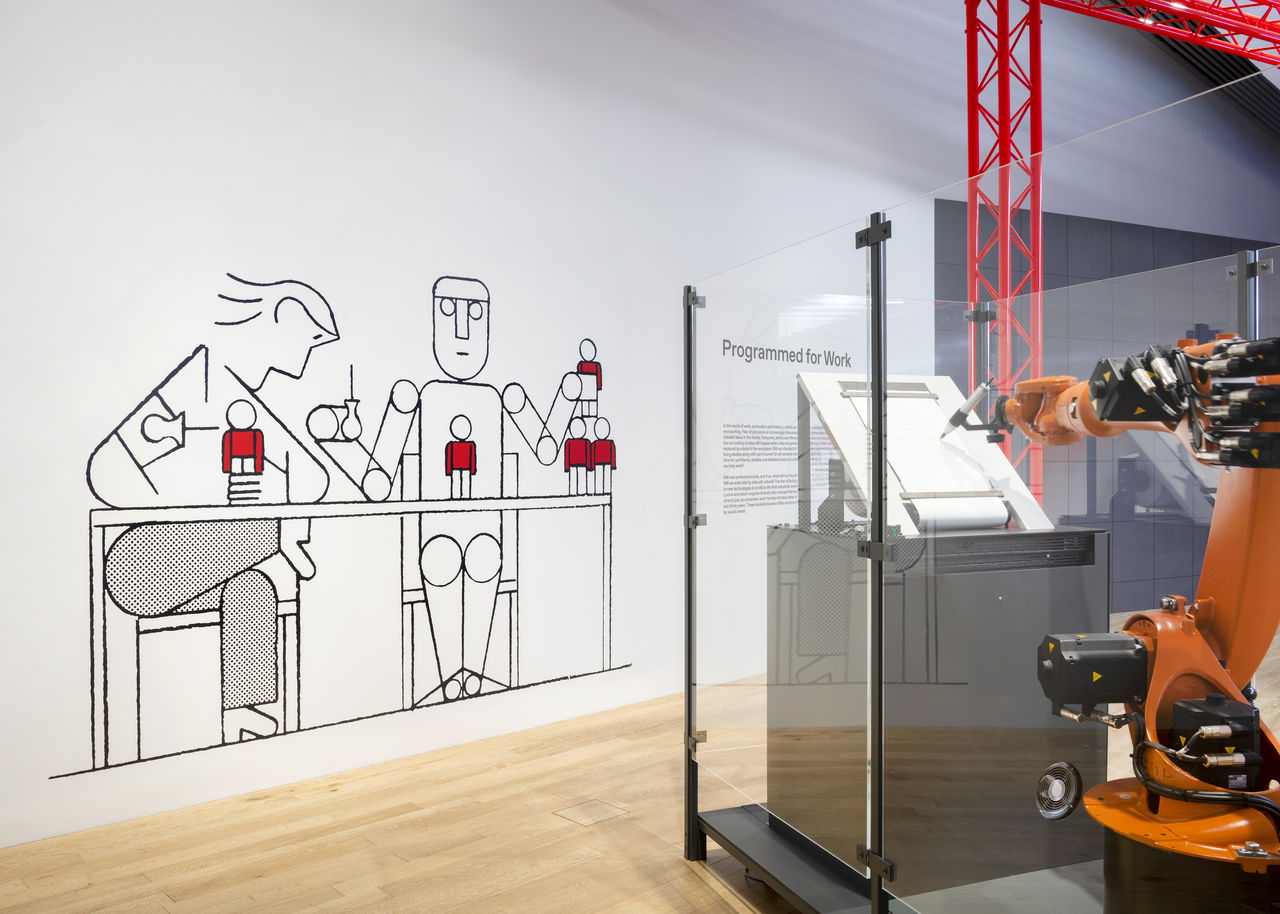 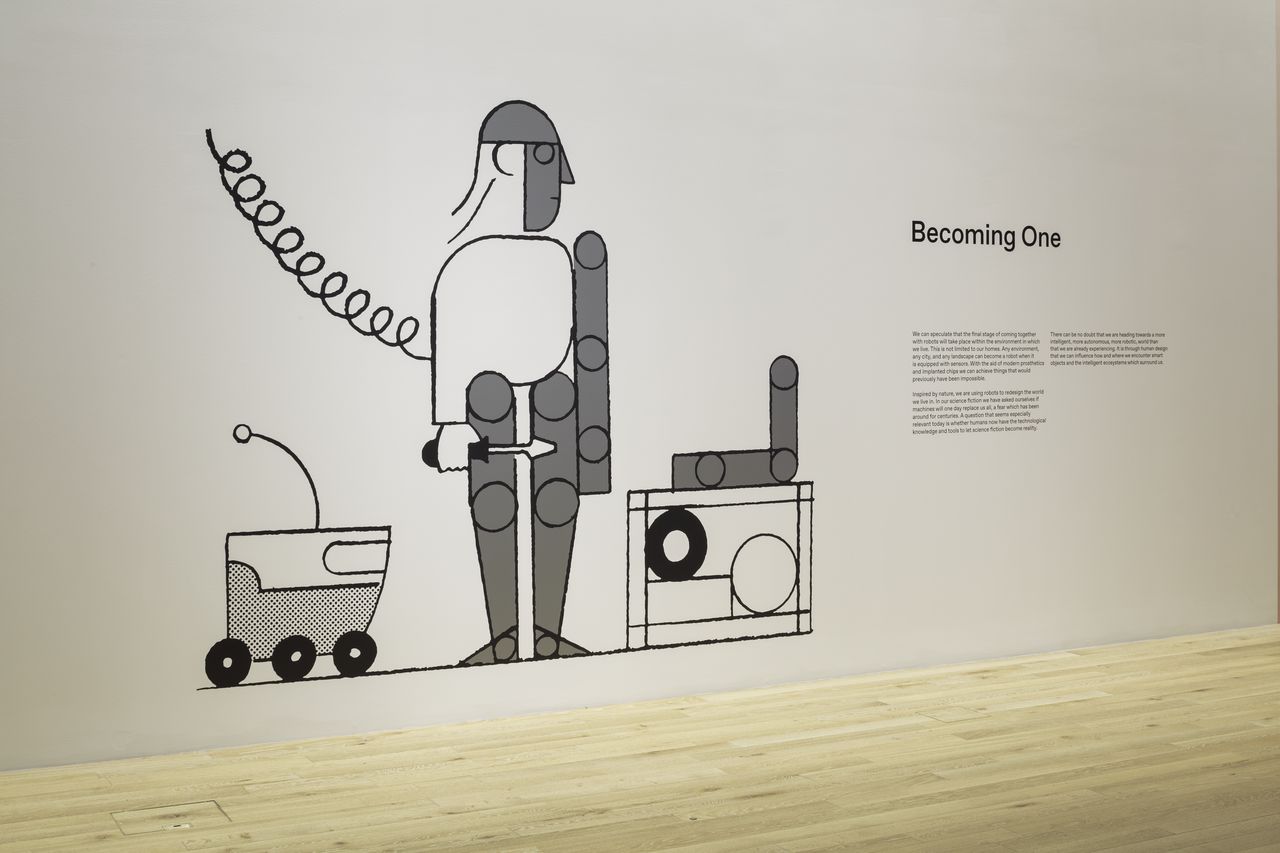 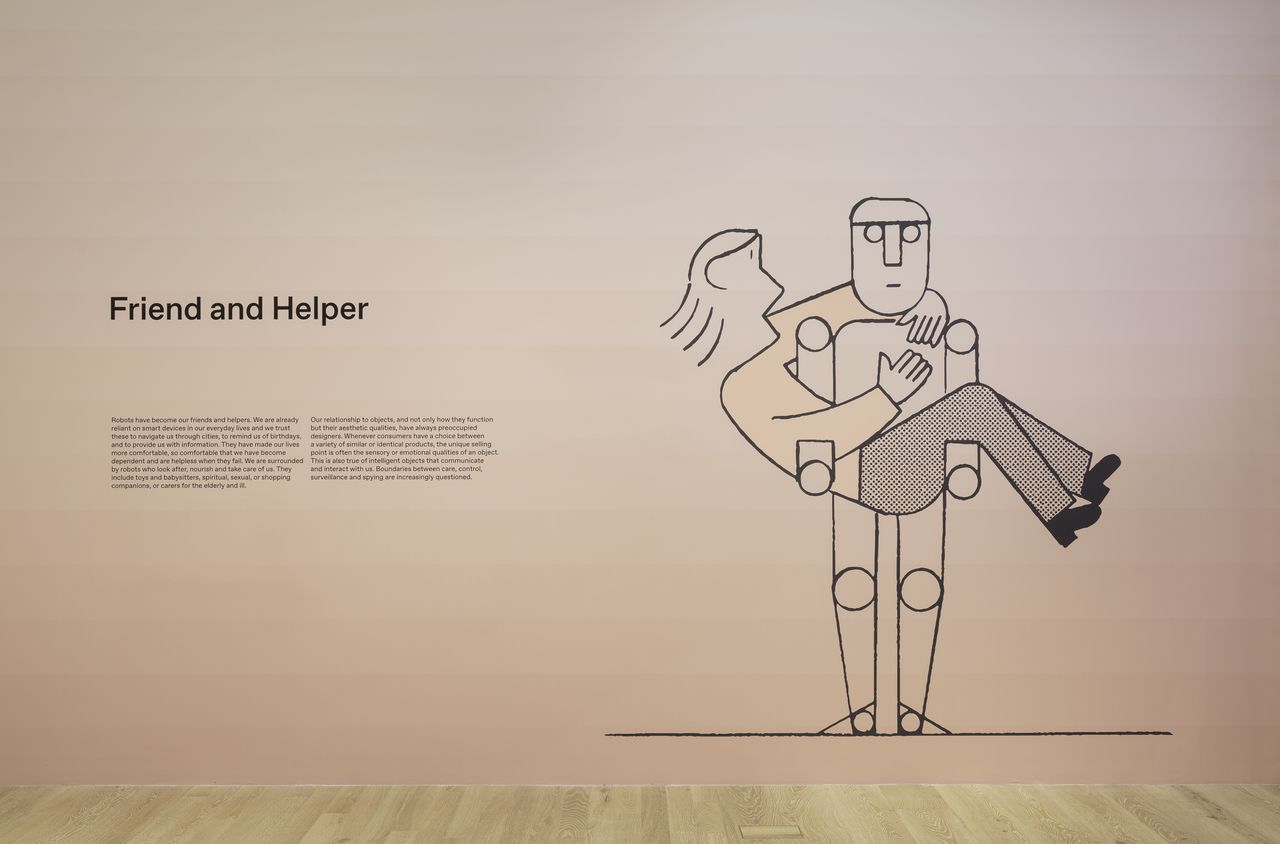 What special considerations were involved in designing the Hello, Robot. lounge?

We wanted the Hello, Robot. lounge to be a welcoming and open space for people to gather and engage with the various publications and books on display. A large, centrally located library bench was designed so that visitors could approach the content from any side and face outwards in a communal manner.

A feedback wall was designed using the drawing Robot ‘Line-Us’. We felt this would be an engaging and fun way for visitors to personally respond to some of the key questions they will have seen in the exhibition.