Open daily except Tuesday
Menu
Close
V&A Dundee
V&A Dundee
It's Halloween! 🎃 With the boundary between the living and the dead blurring on 31 October, our building and objects have become possessed 😱 Don't worry, they're super cute! We asked their illustrator Steven Learmonth questions about his process and love for Halloween 👻

Often dismissed as an overly commercial import from the USA, Scotland’s long-standing links to Halloween aren’t as widely known as they should be. Visit Scotland offers an introduction to the “celebration’s strong Scottish connections…with its atmospheric landscape and haunted castles, peculiar superstitions and morbid history…” Read more here. 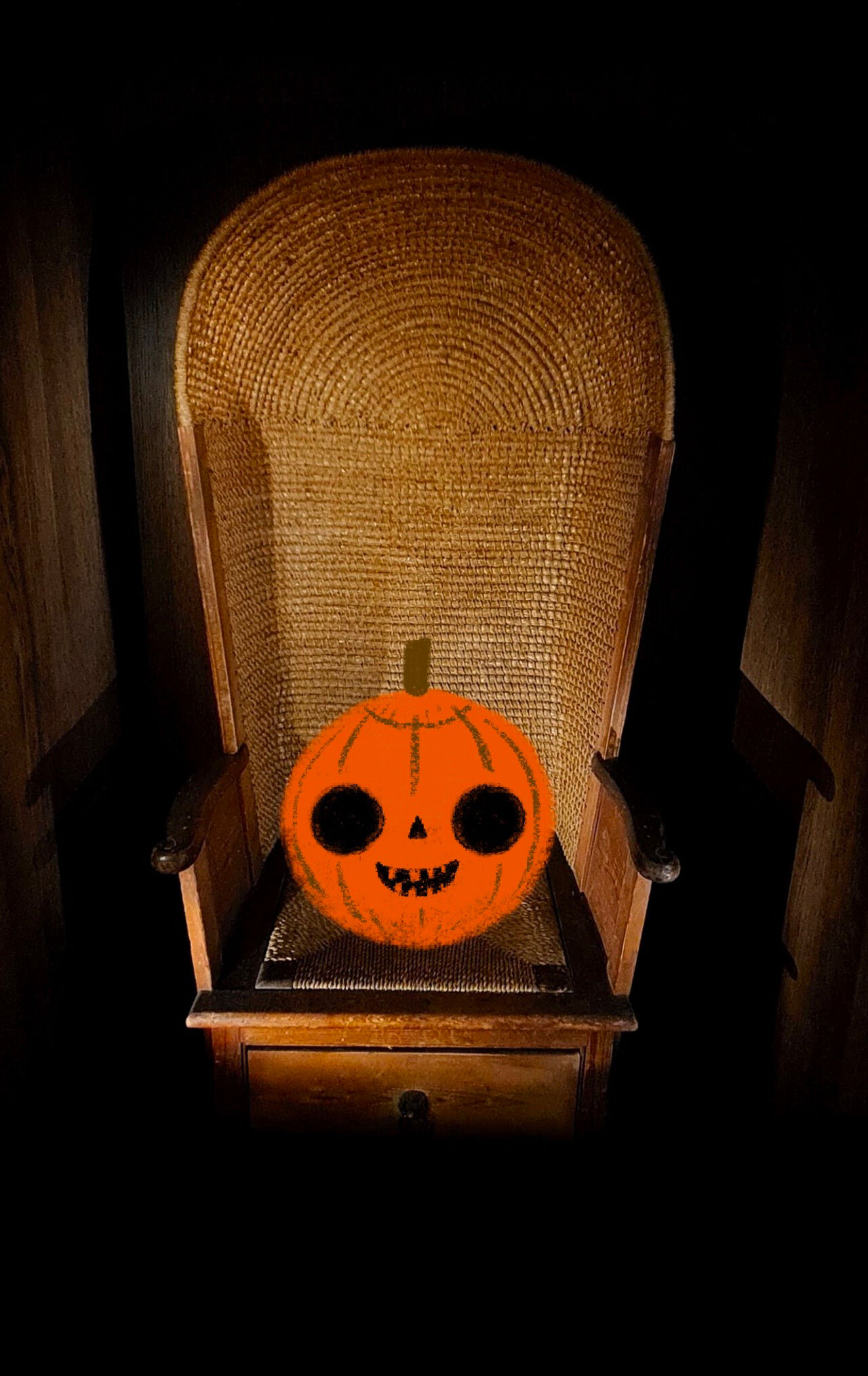 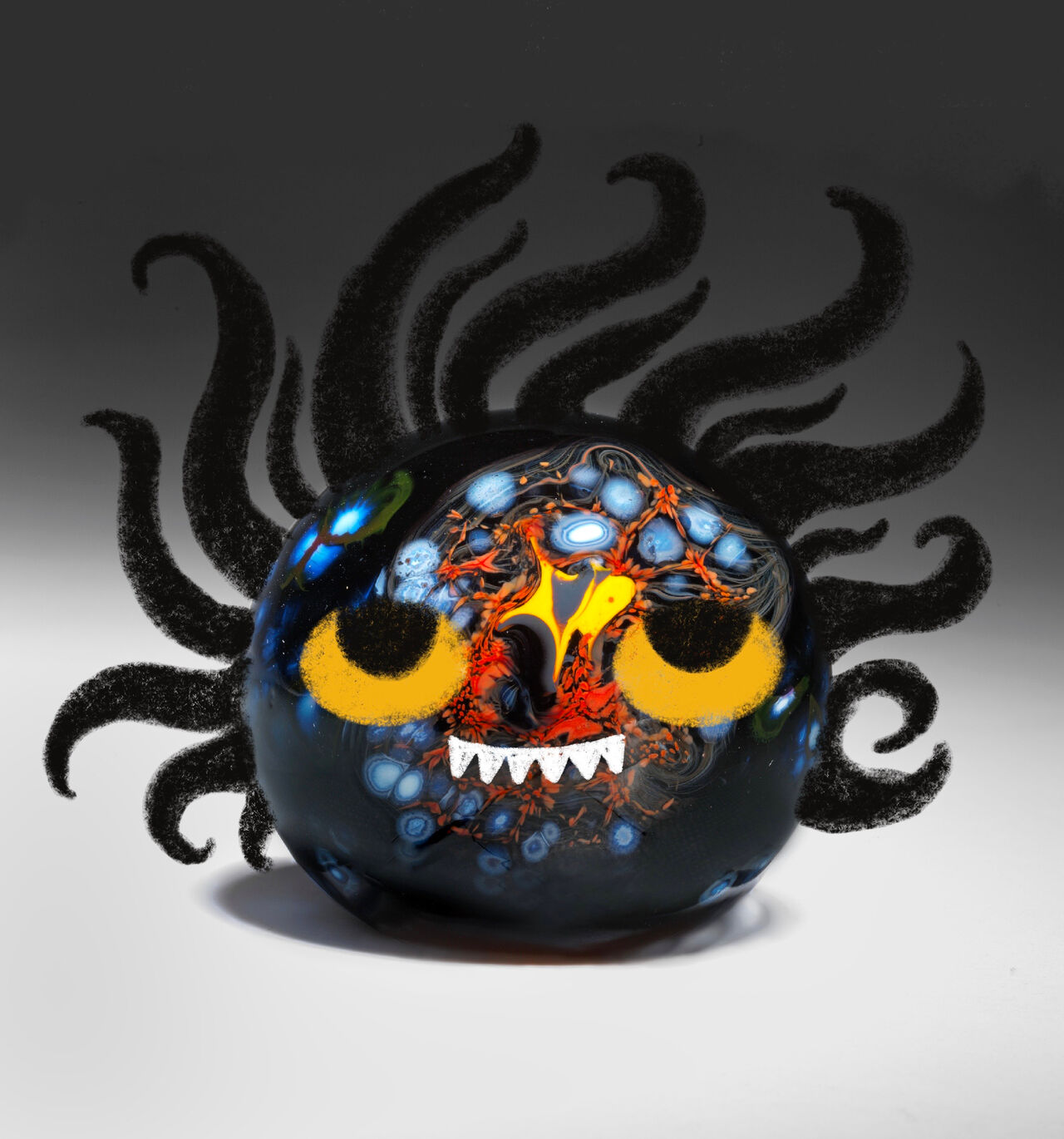 “[Halloween] Is thought to be a night when witches, devils, and other mischief-making beings are abroad on their baneful midnight errands; particularly those aerial people, the fairies, are said on that night to hold a grand anniversary.”

What better way to celebrate Halloween (and its beginnings as the Celtic festival of Samhuinn), than to call forth spirits to possess our building and objects? To do this, we commissioned Scottish illustrator Steven Learmonth.

Steven has conjured bogles and other creatures using the power of his pen and the results are delightfully, adorably creepy. We asked Steven a few questions about his work.

🎃 How did you first get into illustration?

I have always drawn, ever since I was a kid. I loved art at school. I ended up studying English at University, but doing a night class in life drawing at Glasgow School of Art a few years later made me want to get back into art. I eventually went back to college and gained an HND in Illustration. 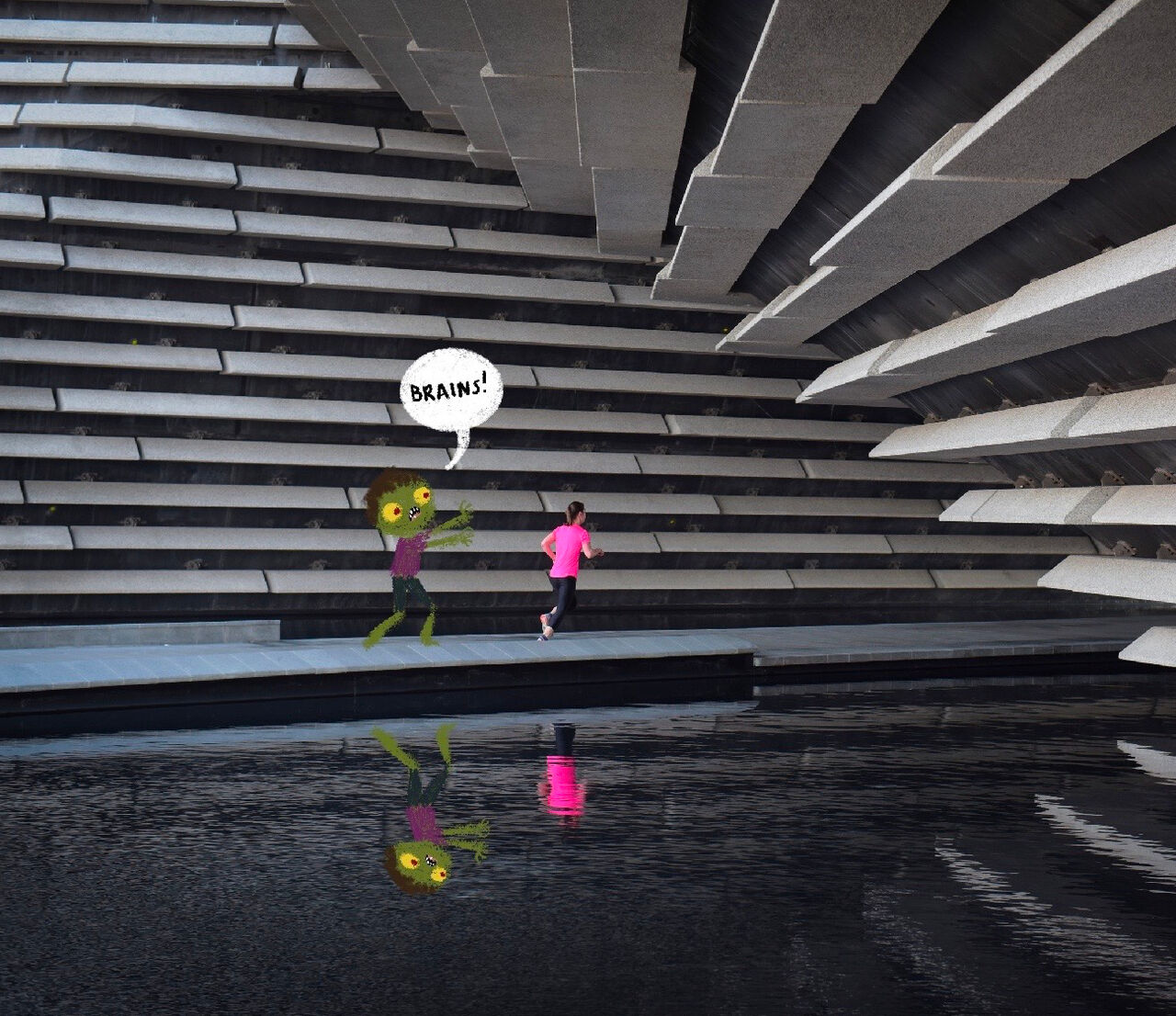 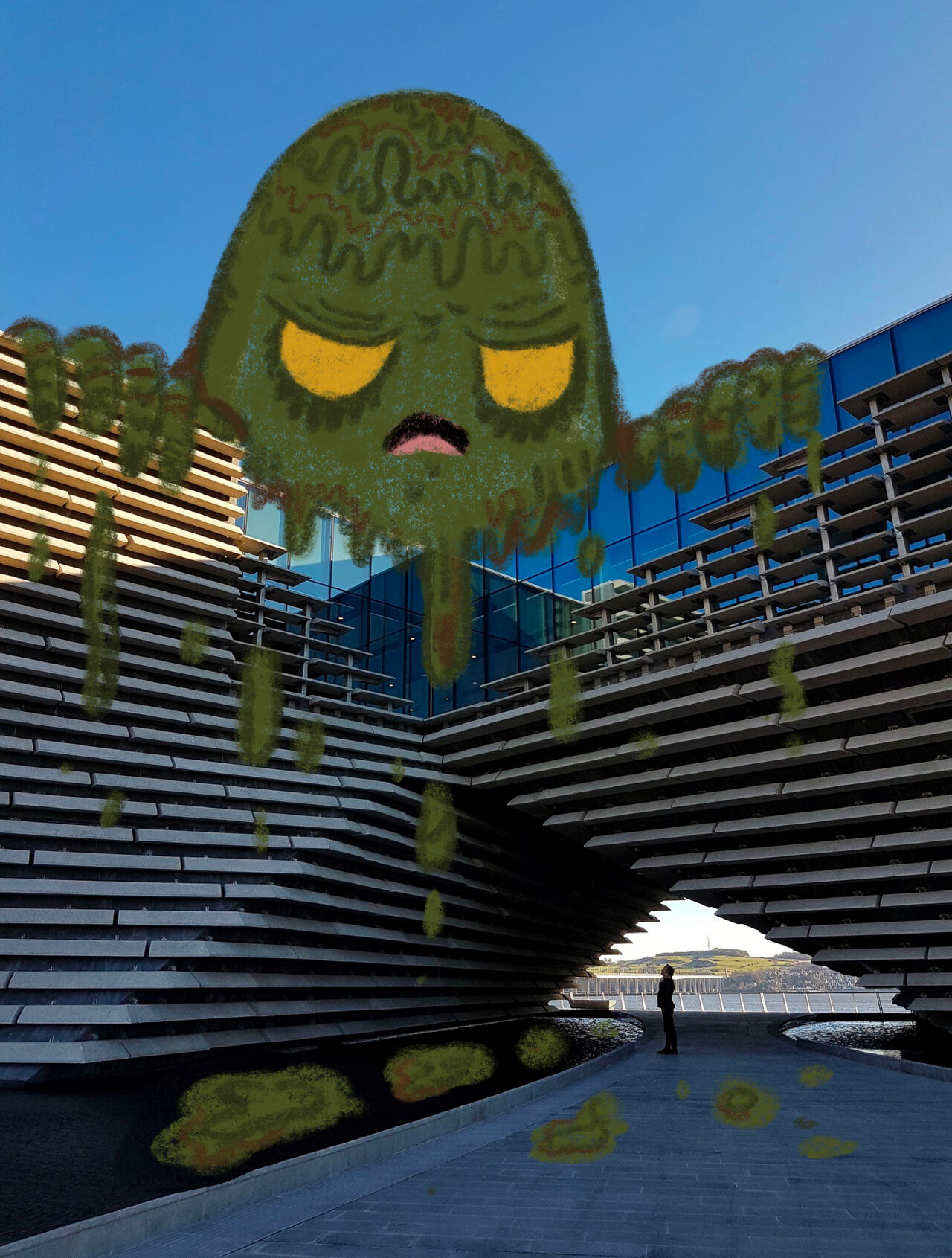 🎃 How did you develop your unique style?

Trial and error, I would say. I have a ton of sketchbooks at home and I just try out different ideas and see what works best. Weirdly, the pandemic helped me develop my work more! During lockdown I decided I would buy an iPad Pro and learn how to work digitally. I've loved it and think my work has gotten much better.

A lot of things. Mainly the work of other artists that I admire and a lot of imagery from TV and film too.

I like to sketch out a lot of rough ideas first and move on from there. If I’m creating a traditional piece, like a watercolour, that's essential. When I work digitally, I might just start directly on the screen, as you can correct a lot of your mistakes and alter the drawing as you are going along. 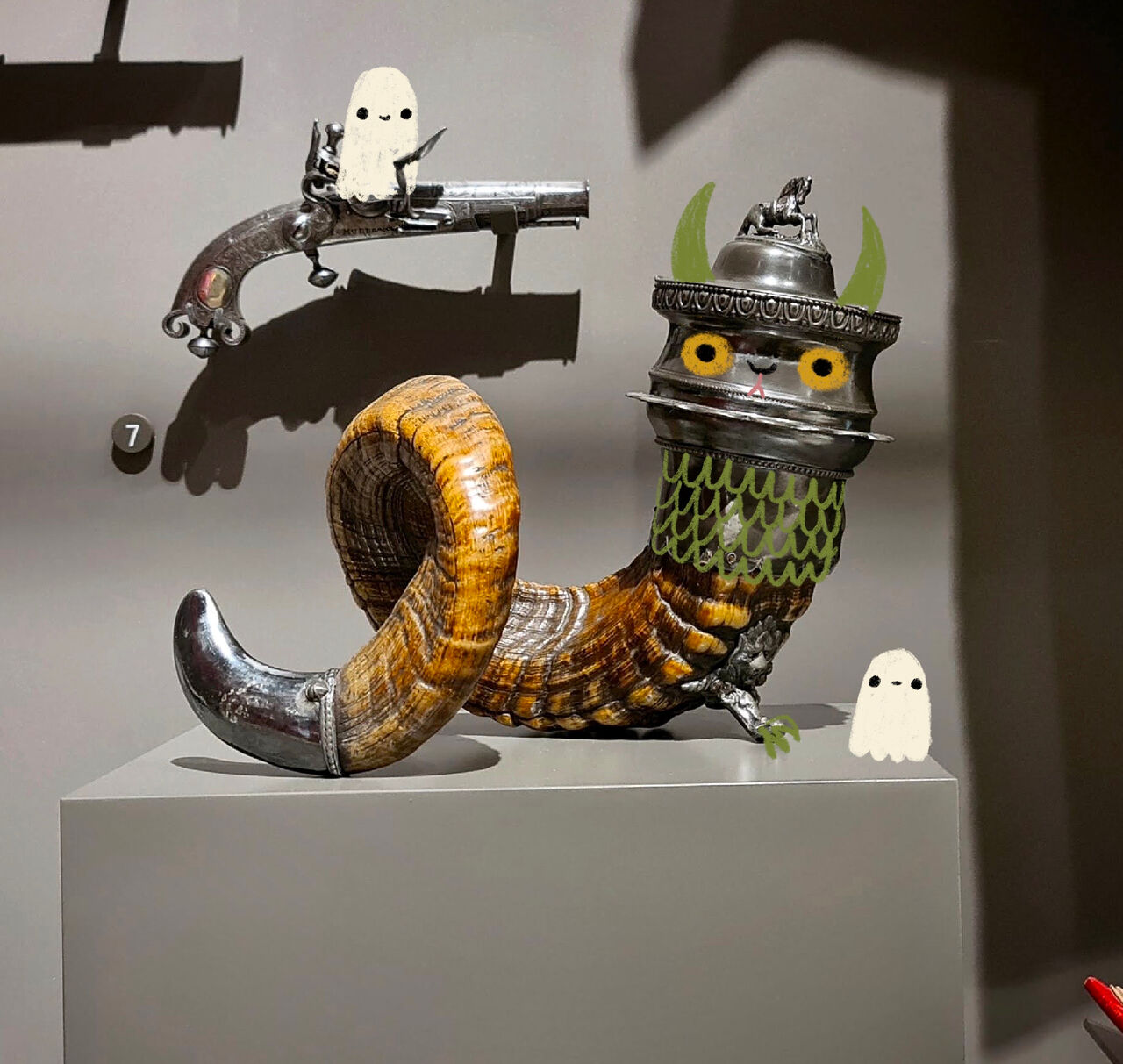 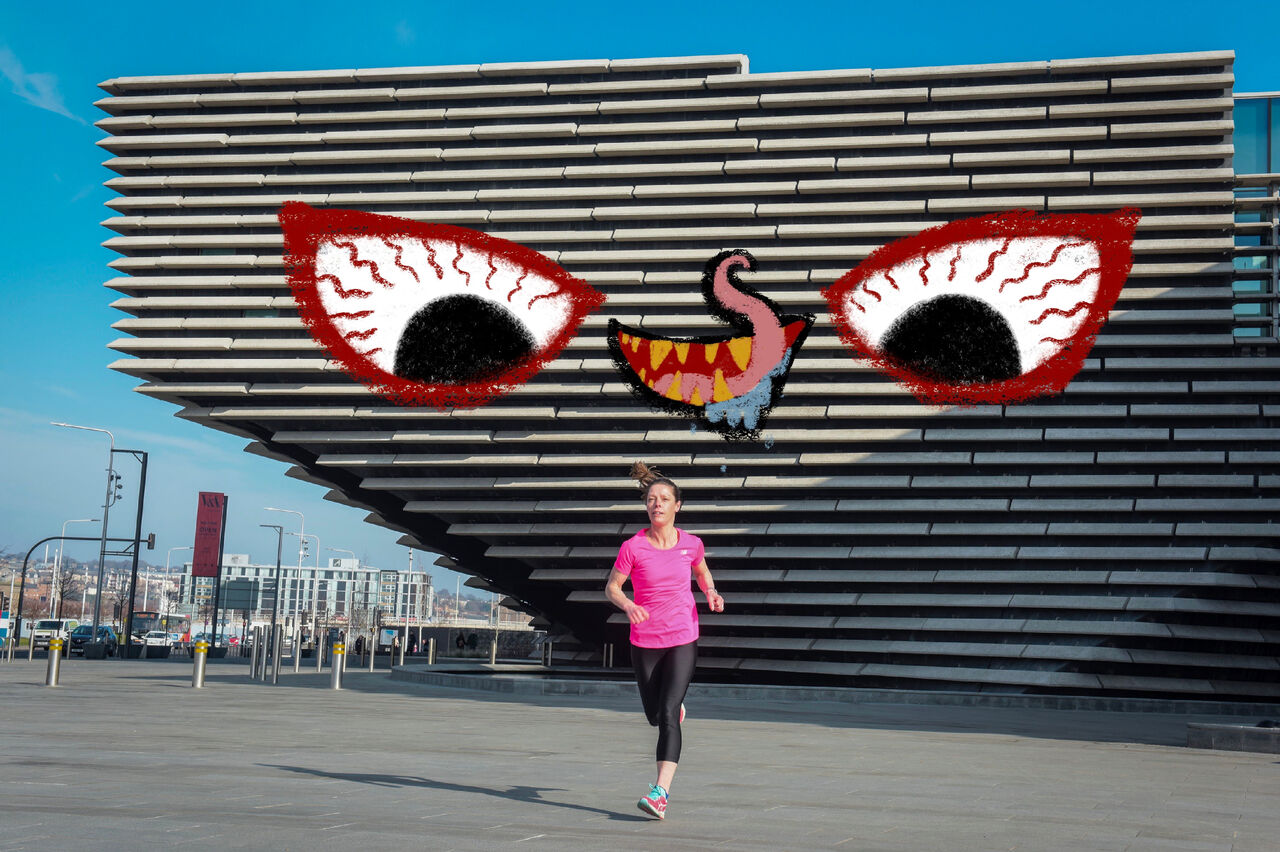 My main advice would be to just draw all the time. Always have a sketchbook handy!

🎃 Your illustrations are adorable, but often lean into the macabre. Why is that?

My main areas of interest are folklore, mythology and fairy tales. All of those have a dark side, so it's natural for me to bring that out in the drawings. I don't really think about it too much, though. People will think something I have drawn is creepy, for example, but I don't. That's part of the fun though, people can interpret things any way they want.

🎃 How important is storytelling in your work?

Storytelling is very important to me and a conscious approach when I’m illustrating. I love mythology and how myths were people using stories to try to explain things they didn't understand. Like, why is there lightning?

I like my work to tell little stories. I'm also drawn to the idea of a single image telling a bigger story or inviting people to create their own story from a single image. 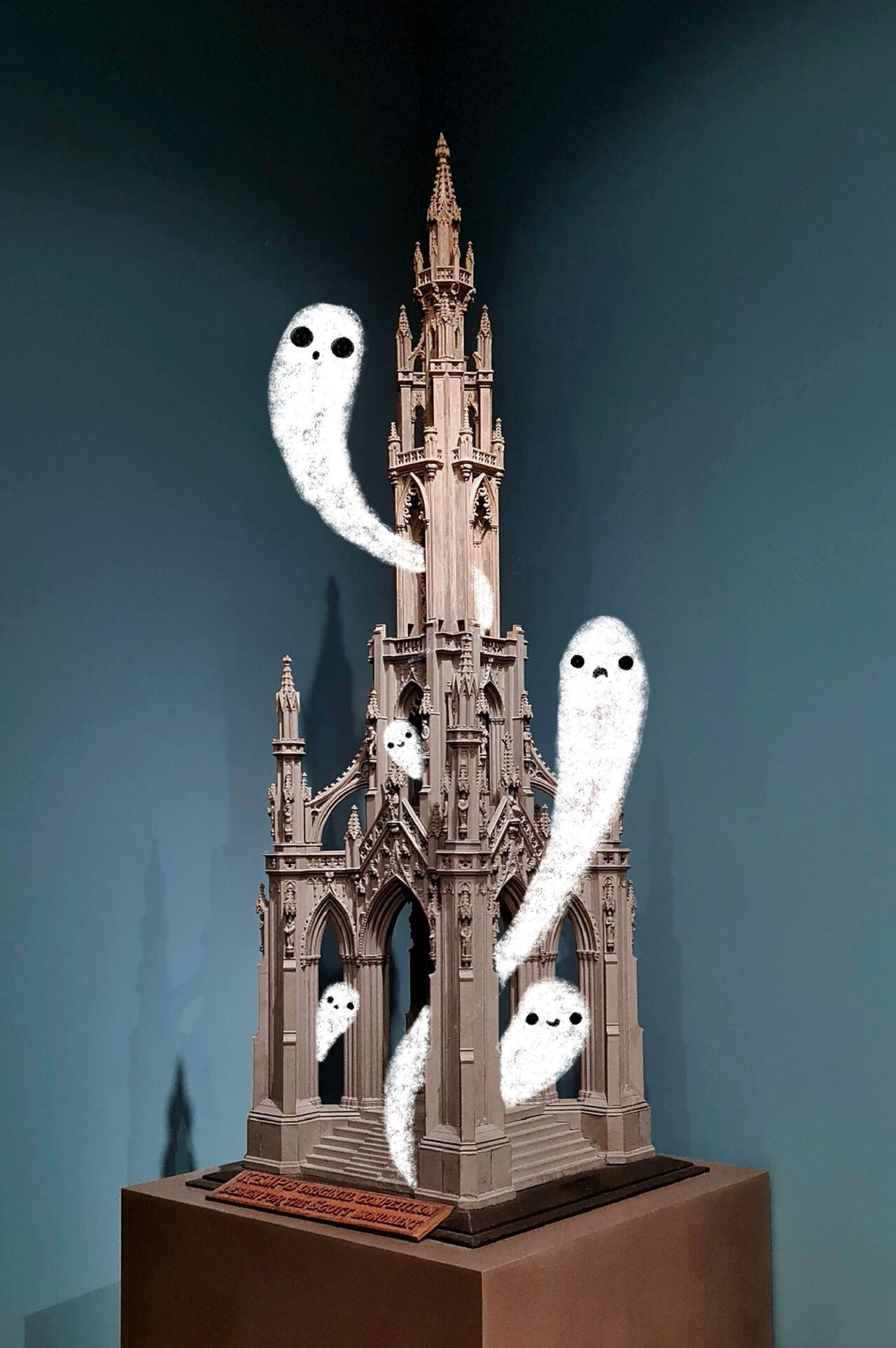 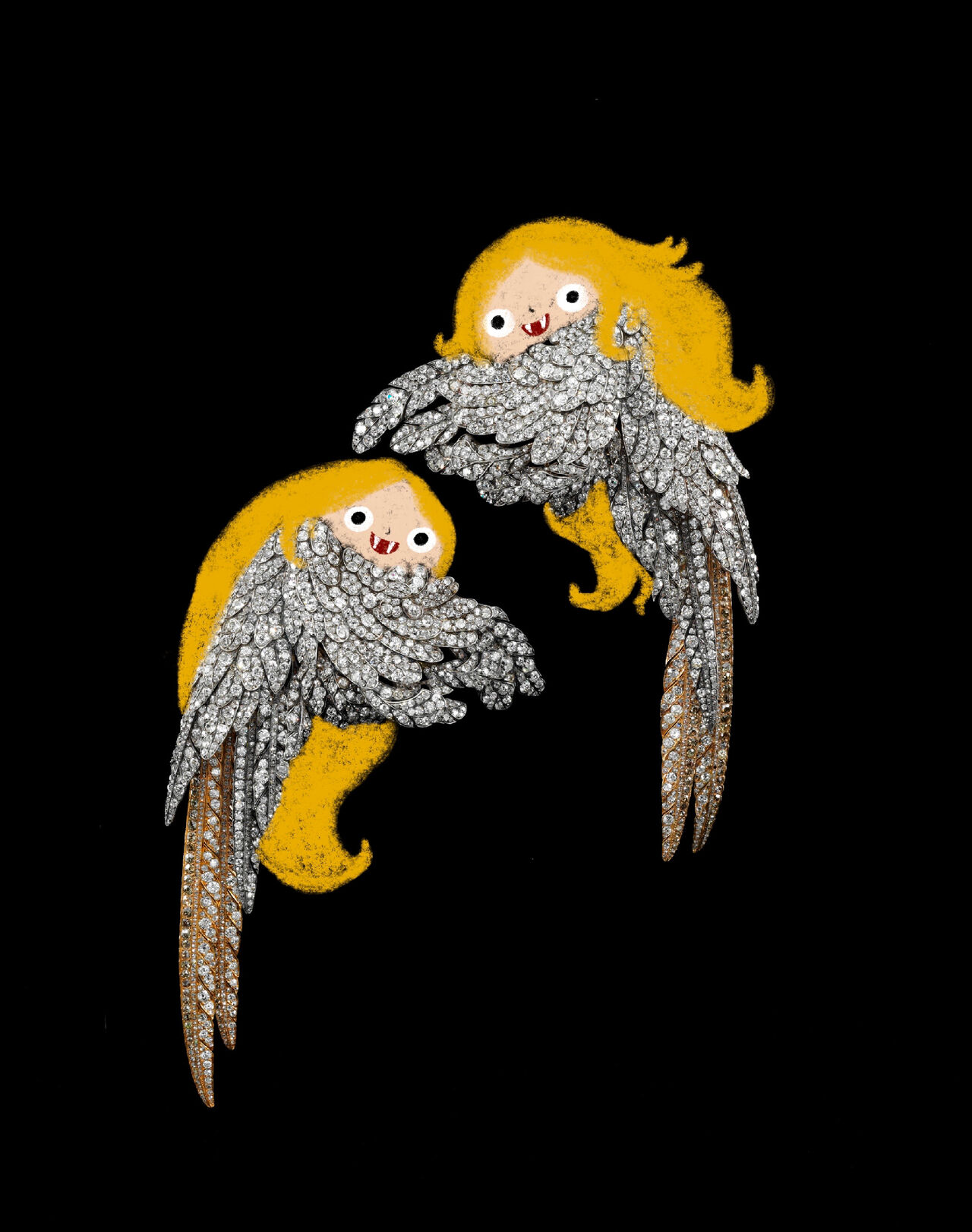 I really like symbolism in art. Halloween has lots of great symbols, like the pumpkin, skeleton, bat, etc. I really enjoy the designs you can create out of them. The pumpkin is probably the most fun for me as you can give it any expression you want.

I love films, so I like to watch creepy stuff at Halloween and get recommendations from other people about horror films they like. I always get a lot of inspiration that way.

I love to draw the Bride of Frankenstein. The lightning bolt design in her hair is so cool!

Probably The Fog from 1982. I remember watching it at my cousin's house when I was only eight or nine. It must have been one of the first horror films I had ever seen. It gave me nightmares, but I still liked it. It's just a really fun ghost story. 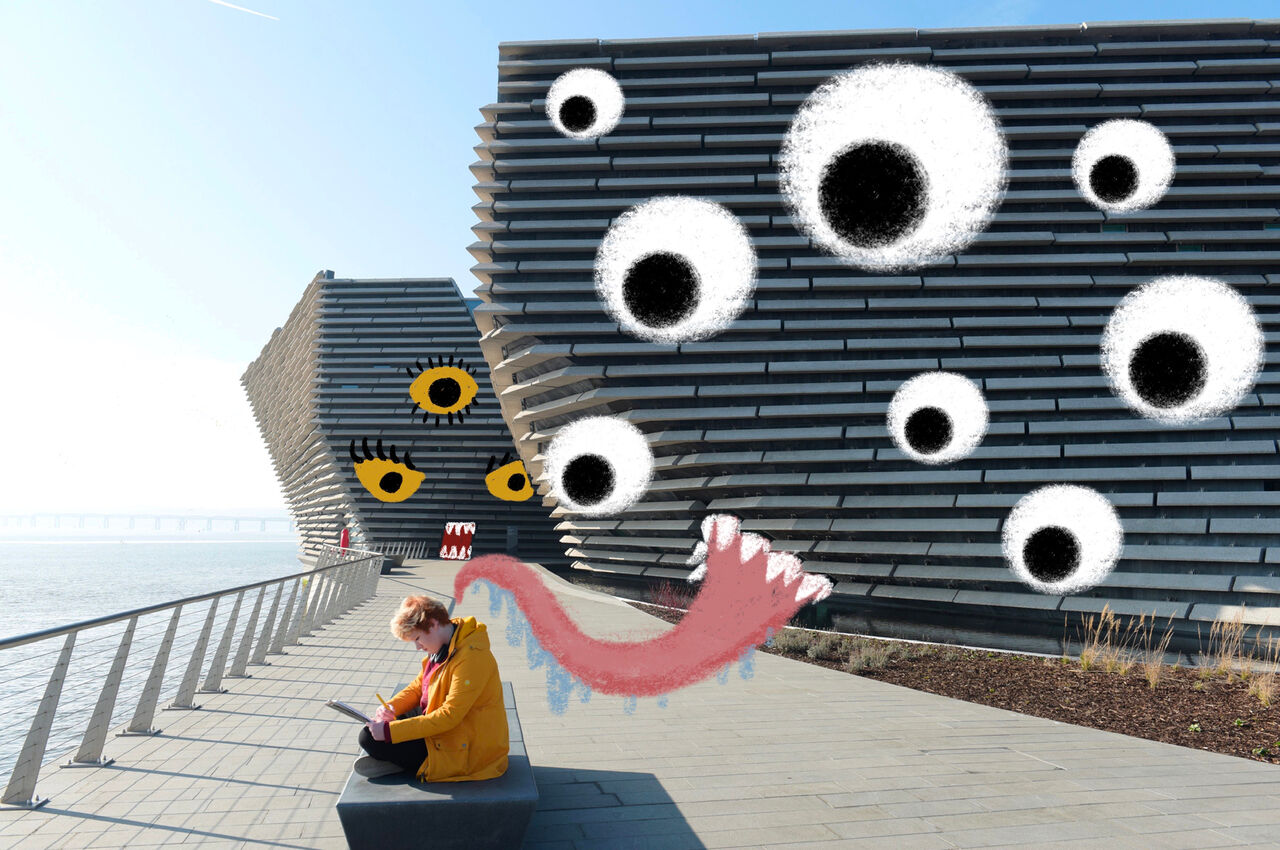 I'd like to design a Tarot Card deck and a range of greeting cards.

🎃 What’s next for you and your illustration work?

I've just started selling some work online, so I'll continue to do that. In the coming months I want to start sending off samples of work to agents and publishers in the hope of getting representation and maybe creating some books in the future.