Open daily except Tuesday
Menu
Close
V&A Dundee
After the signs come down, what is design’s role in tackling gender-based violence and creating safe spaces?

On 19th March, in the wake of the murder of Sarah Everard and the resulting nationwide protests decrying violence against women, signs and ribbons of support began appearing outside V&A Dundee and at locations across the city.
Over the following days, the barrier by the Tay filled up with hand-painted messages of grief, outrage and solidarity.

The protest was organised on Instagram by @reclaimthestreetsdundee who invited members of the public to create and install signs.

The result is a display of - at once very personal and very public - messaging; of heartfelt responses, graphically-rendered.

A post shared by Reclaim the Streets Dundee (@reclaimthestreetsdundee)

But as the installation outside the museum comes and goes, the issues it raises remain.

The question of how design can be used as a tool for positive social change – in creating safe spaces, and in tackling violence – has never been more urgent.

Why do so many public spaces feel unsafe for women?

In many instances, they have been designed for and by people who have never felt the need to clutch keys between their fingers on their daily walk home.

Caroline Criado-Perez, author of Invisible Women: Data Bias in a World Designed for Men, has written extensively about the problems that arise when design disciplines that shape our environments – like architecture and urban planning – are hugely male-dominated.

Speaking to Dezeen in March, Criado-Perez argued that violence against women has been a woefully low priority in the design of urban areas –
"We haven't designed public spaces to account for the violence that women experience, and not just to protect women from the violence, but also to account for the way that it's always in our heads."

The problem is nothing new. The Barbican’s upcoming installation How We Live Now: Reimagining Spaces with Matrix Feminist Design Co-operative asks questions that are strikingly relevant today – ‘who are our buildings and shared spaces for and how do they affect us?’
But Matrix were investigating the ways in which architecture excludes and marginalises populations back in the 1980s. How much has changed in four decades – either in how we design our built environments, or in how safe women feel using them? 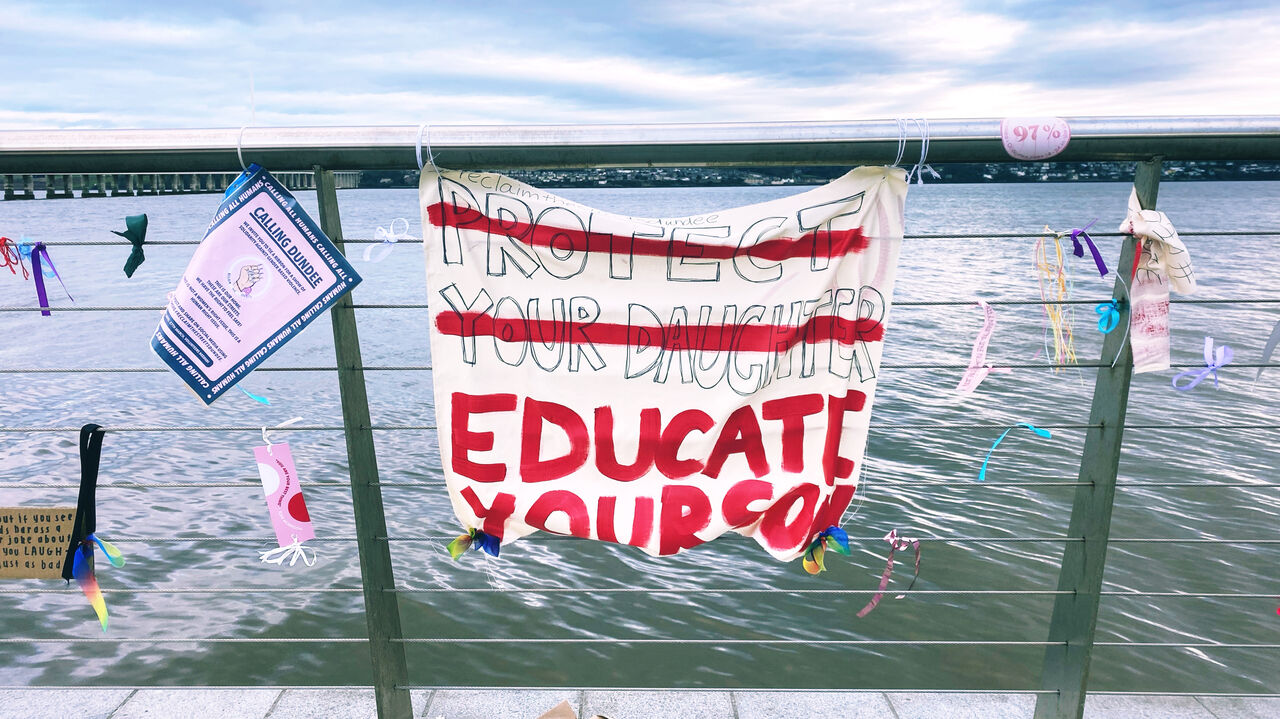 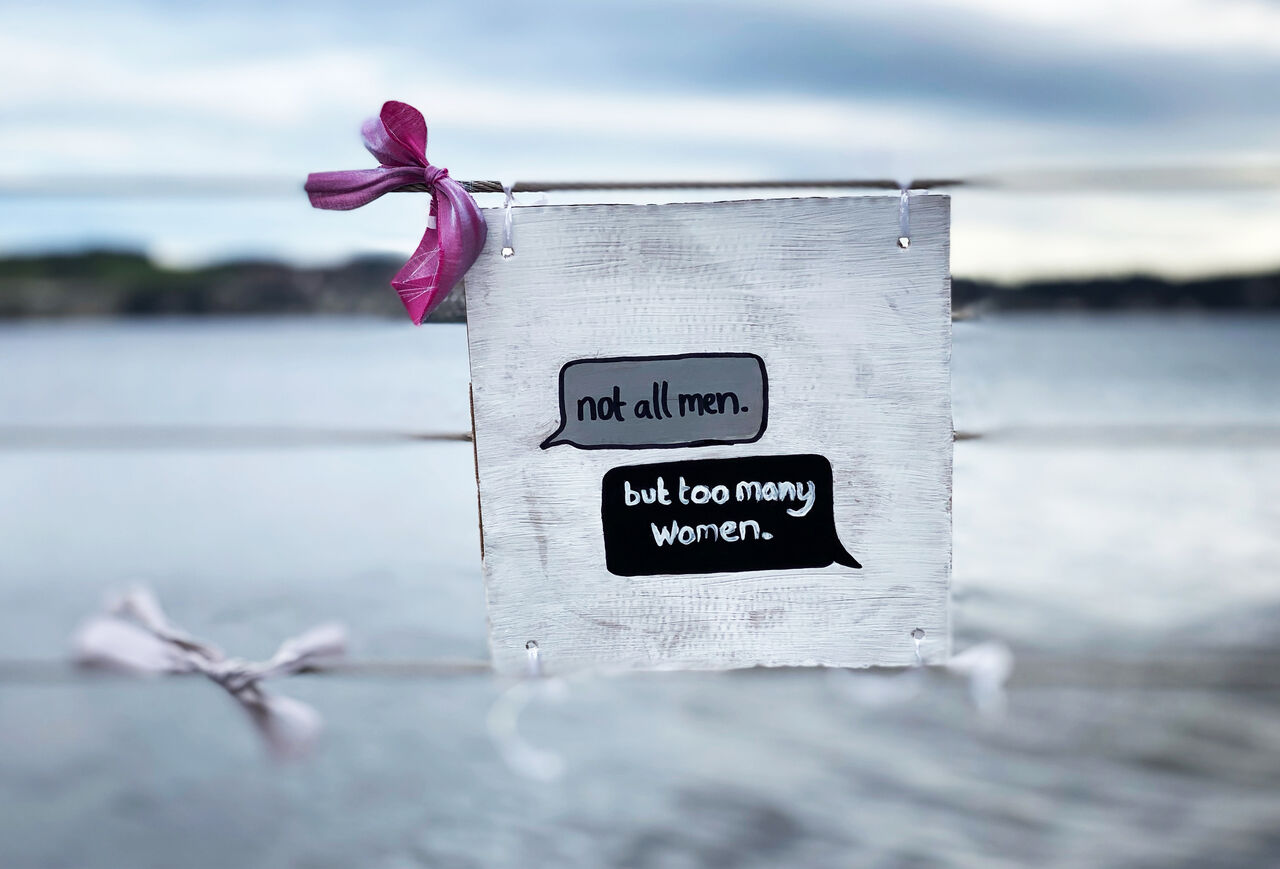 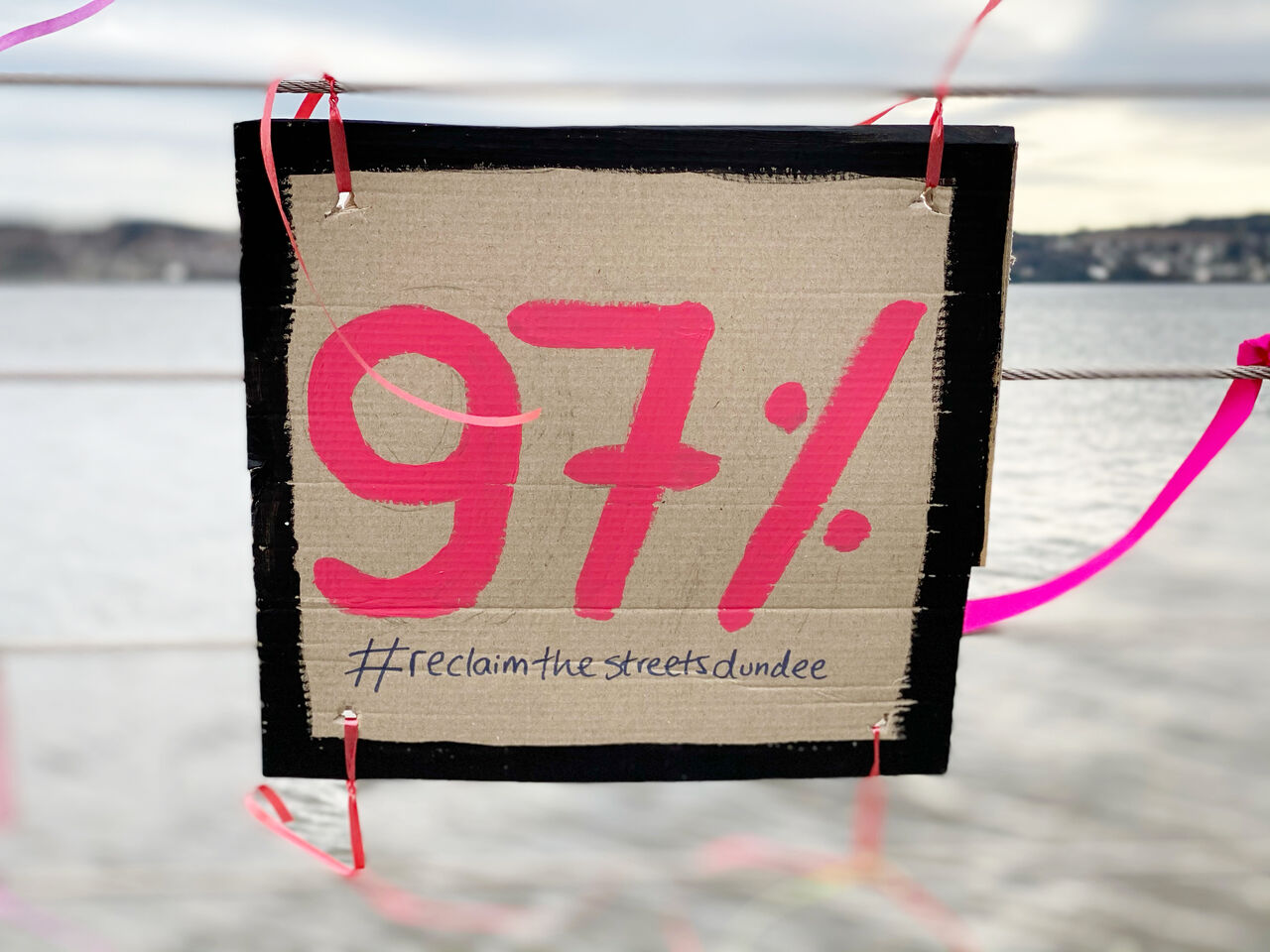 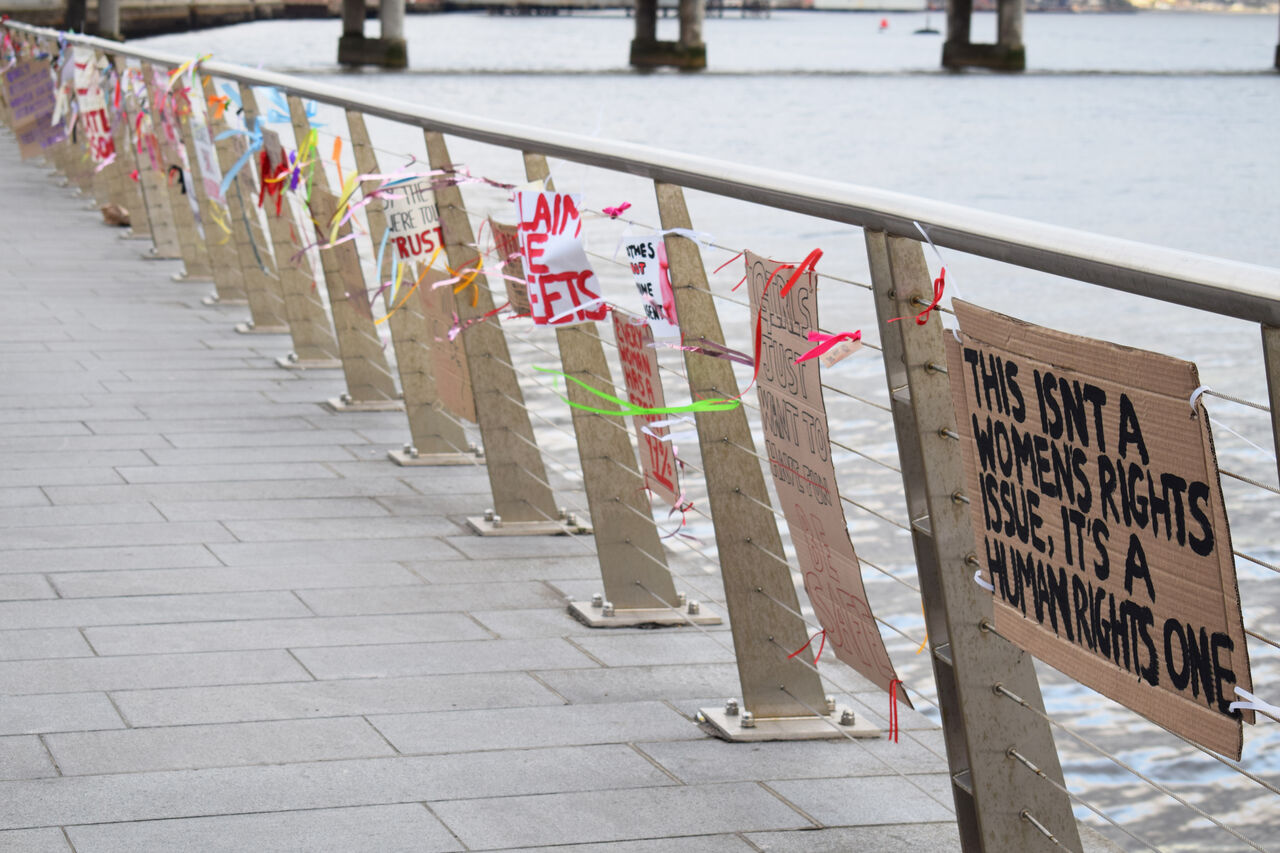 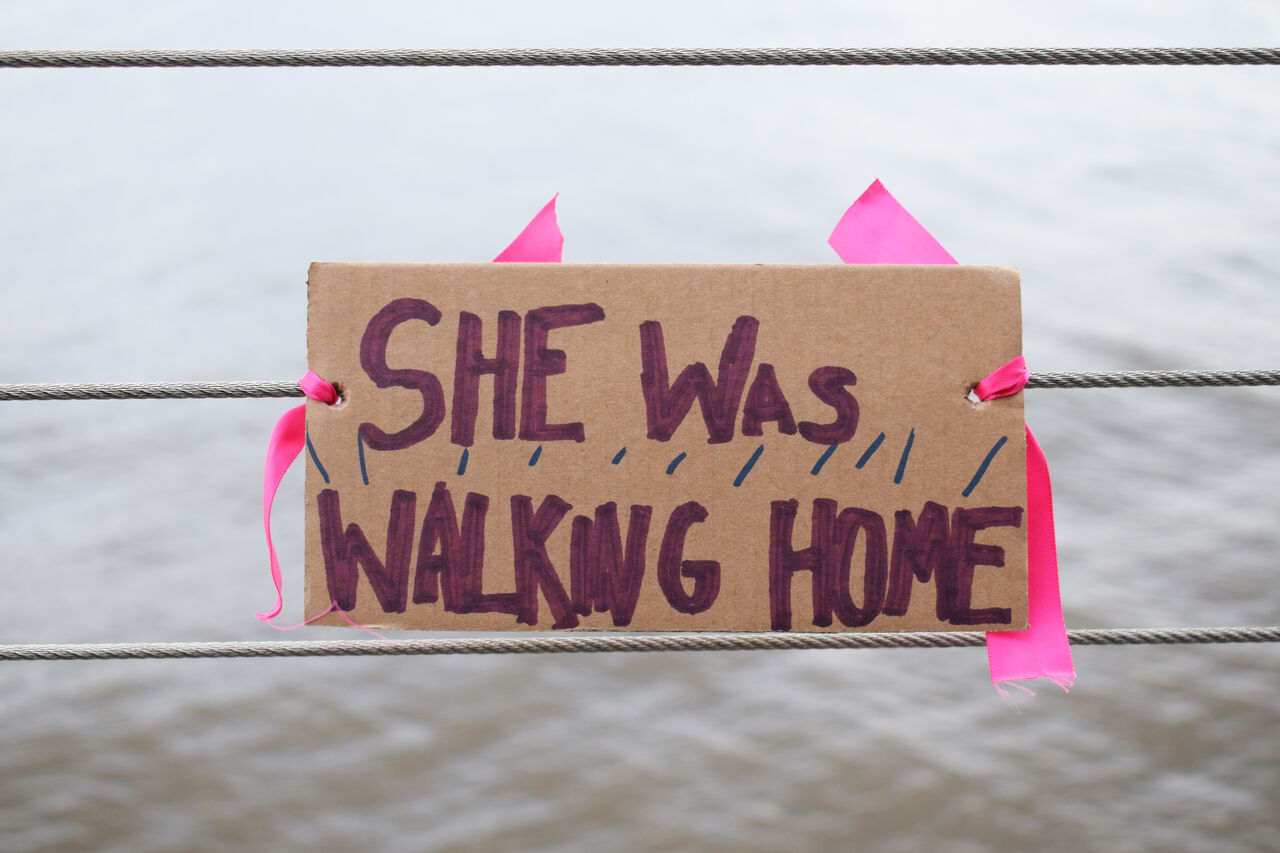 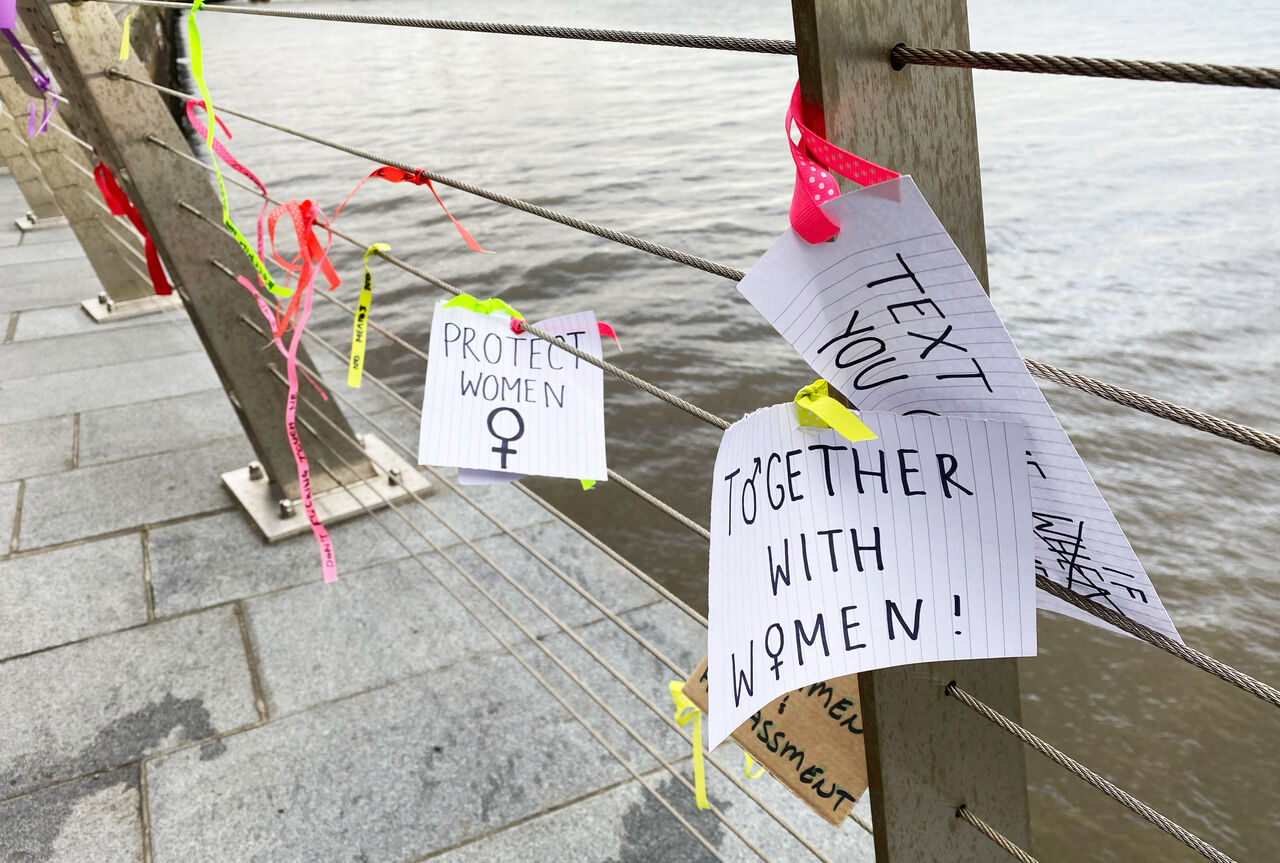 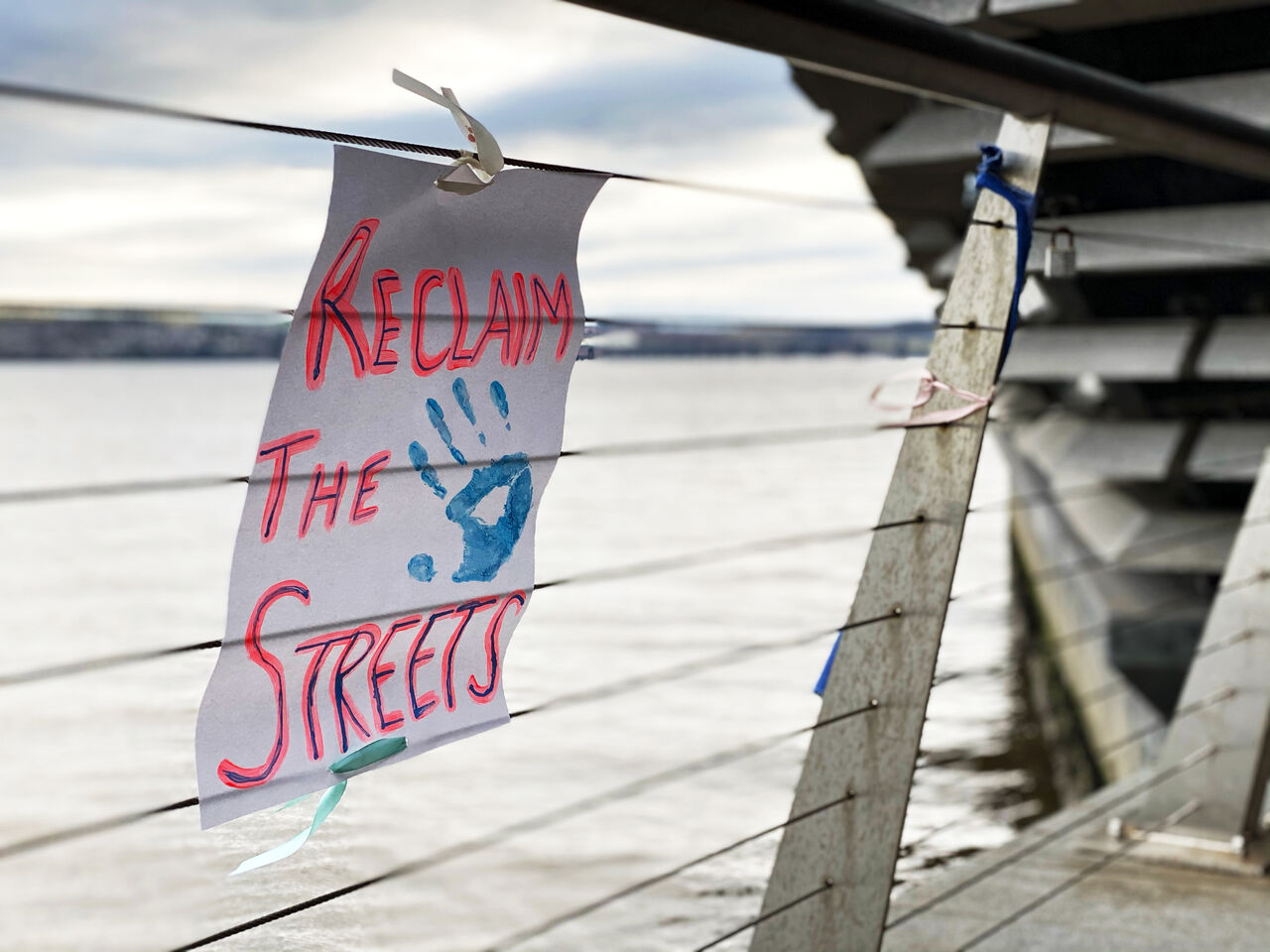 Beyond place – designing for a deeper problem

Of course, gendered violence is not at its core a planning issue – it is about the behaviour of the perpetrators, and the society and attitudes that enable them.
Improved street lighting or thoughtfully designed walkways are welcome, but they tackle a symptom rather than a cause of a deeply engrained and complex problem.

To bring about change, then, the focus of design has also to be on impacting behaviours and attitudes; a task that requires thought and cross-sector collaboration far beyond the traditional boundaries of individual design disciplines.

It Stops Now is a campaign developed for the Ending Sexual Harassment and Violence in Third Level Education (ESHTE) project. It brings together Student Unions, Higher Education institutions, NGOs and – crucially – creative practitioners and graphic designers.

Victoria Brunetta, of Irish media agency Piquant, described the importance of design in engaging the campaign’s target audience – and ultimately creating change -
“As Graphic Designers, we should be aware of the responsibility we have in our community as we don’t only design nice and attractive shapes, we are social communicators… how can we challenge dominating stereotypes that harm the dignity of the most vulnerable and communicate a clear, powerful message that encourages people to take action?”

In the outpouring of grief and anger that has focused on street harassment and more generally gender-based violence, discussion has frequently turned to the normalised, everyday fear that women experience just by being in public spaces – and the psychological toll that it takes over time.

Phrases that have hit a collective nerve, like ‘she was just walking home’ and ‘text me when you get home’ have made their way onto placards and social media graphics.

Public and visual expression is one response. Reclaim the Streets Dundee said of their protest - "We needed to find a way to have our voices heard and also give people in Dundee the chance to express their support... we created a space where some people felt safe and brave enough to make personalized posters and write letters with their experiences on for everyone else to read. When we were checking up the locations, we could hear people (parents with their children, elderly people, groups of friends) discussing the movement and the issues it addresses.'

In response to trauma, marginalisation or oppression of any kind, design can be a tool for healing, empowering and expressing solidarity.

That potential is something that Glasgow-based, all female sign-writers group Cobolt Collective understand well. Their murals transform public spaces into powerful messages; including Take Up Space at SWG3 – ‘a call to women to push and keep pushing the boundaries towards gender equality. Cobalt urges all women to stand tall, be bold, be joyful without shame.’

Violence against women and the safety (actual or perceived) of our public spaces are endemic issues with no simple solutions. They are not problems that designers can tackle effectively in isolation.

The V&A is a symbol of change and improvement in Dundee. It is there to inspire people, to ask the questions that would help them think and grow and use their creativity to find the solution.

But even as the signs come down, the messages that they articulate act as a call-to-action to the creative community of Dundee, Scotland and beyond – to work with others to realise the potential of design as a force for change on an issue that affects so many of our lives.