Open every day
Menu
Close
V&A Dundee
V&A Dundee
Like most, we’ve had to adapt to the current situation with many of our team working from home. This is a challenge, but our Curator Meredith wonders if some people had it figured out years ago. She explores the late designer Bernat Klein’s beautiful home (with only a hint of jealousy).

As a curator at V&A Dundee I’m used to going to the museum office every day. I would usually have a few meetings throughout the day. I’d spend some time in our store or up in the galleries. Generally bustling away surrounded by colleagues at my embarrassingly messy desk.

COVID-19 has changed all that. Like many across the country, I’m now working from home. I’m lucky to have a quiet spare room where I’ve set up our wallpaper-pasting table as a desk. My husband is working from home too, so I guess we’re now colleagues, overhearing each other’s conference calls and taking it in turns to make coffee and tea.

I write this from a very privileged position. There are so many people trying to work from cramped shared houses or who are now balancing homeworking with home schooling, as well as caring for vulnerable relatives. To say nothing of key workers risking their health to keep us all safe.

But as we all try to adapt to this strange new reality, I’ve also been thinking about ideal homeworking scenarios. What would the perfect home office or studio look like? Somewhere beautiful where I could be inspired? Somewhere calm and focussed where I could concentrate? Somewhere where home life and work life could be separate, but also interlinked?

In particular, I’ve been thinking about the home and studio of textile designer Bernat Klein (1922–2014) in the Borders countryside. I think it might just be the ideal place for self-isolation.

Klein’s home was designed for him by Modernist architect Peter Womersley in 1958. A low-lying structure, it had large, frameless windows and generous open-plan living spaces flooded with light. Klein’s abstract paintings and tapestries decorated the walls. It was a quintessentially artistic and modern domestic space. I’m sure I could get some work done here.

Klein was not from the area originally. He was born into a Jewish family in Yugoslavia (now Serbia) in 1922. Unlike other members of his family, he managed to escape persecution by the Nazis by being at art school in Jerusalem in the 1940s. He moved to Britain to study textile technology in Leeds and, following this, moved further north to the Borders of Scotland. He was drawn by the area’s textile heritage and the expertise present in the mills. He set up his company Colourcraft in Galashiels in 1952 and bought the local Netherdale Mill in 1956. 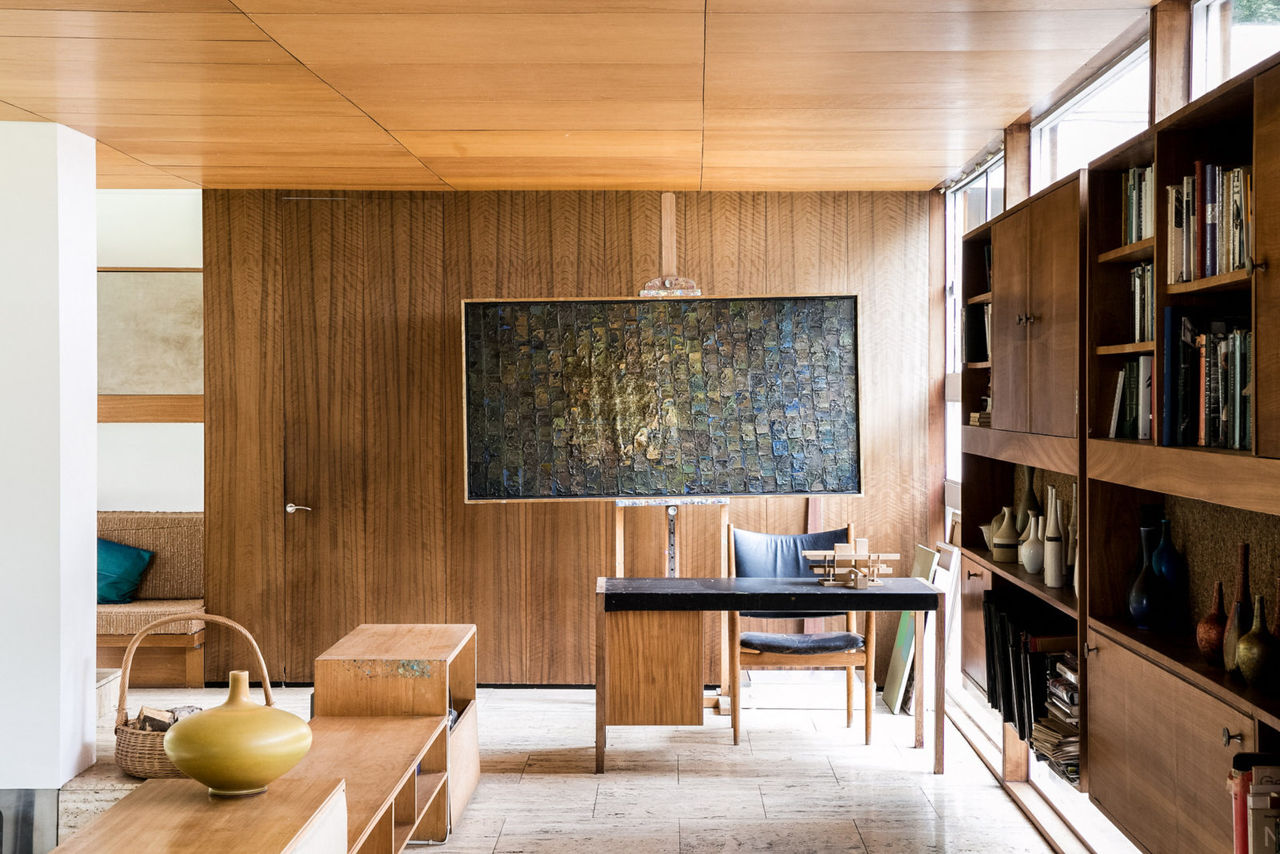 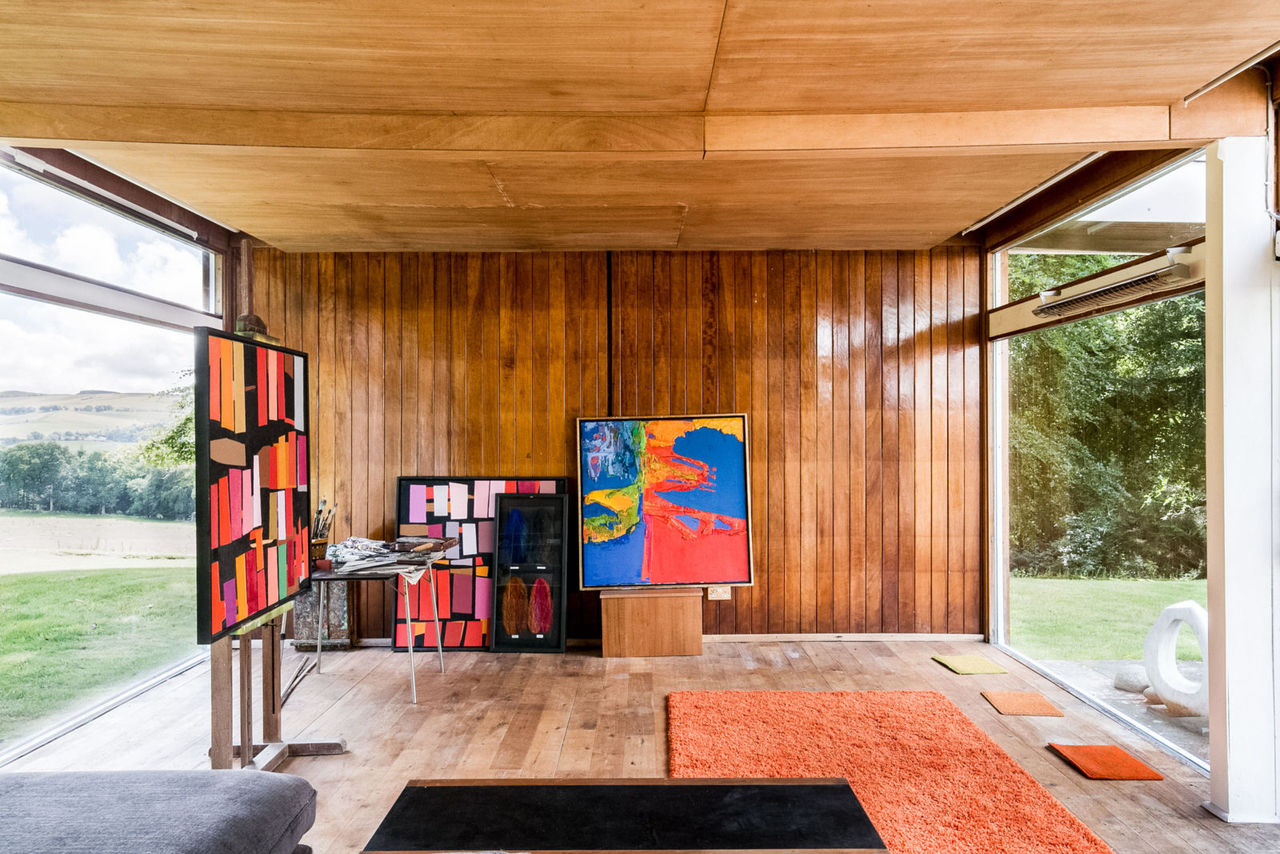 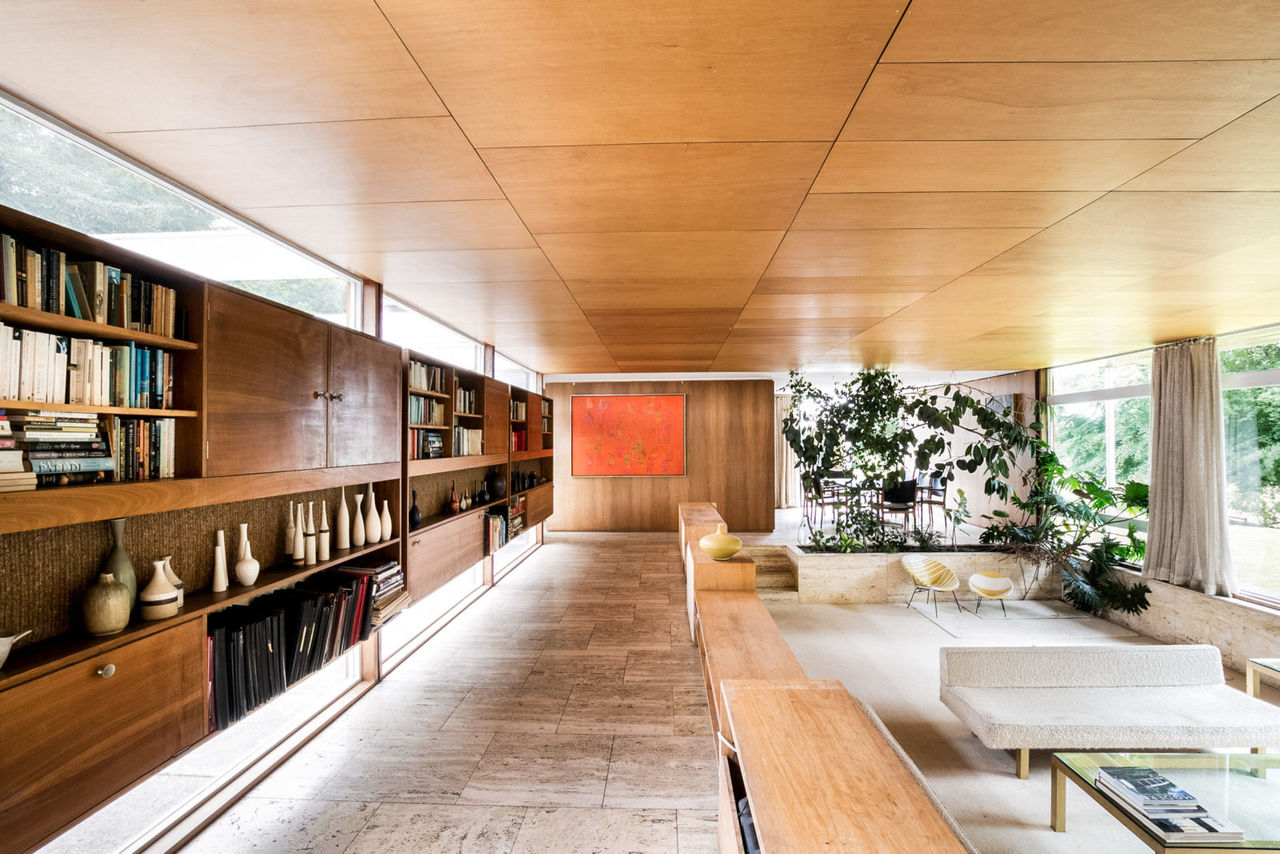 His work was profoundly influenced by the landscape of the Borders, from which he drew inspiration for texture and colour. His experimentation with bold colour, and the combination of multiple colours in one yarn through a technique called space-dyeing, brought vibrancy and flair into the Scottish textile scene, breathing new life into it.

His soft, colourful tweeds, often incorporating mohair and ribbons, satisfied the demand for exciting new textiles in the 1960s. They were used by fashion houses such as Chanel, Christian Dior, Nina Ricci, Hardy Amies and Yves Saint Laurent. At V&A Dundee we have a beautiful example in the Scottish Design Galleries: a suit by Hardy Amies with a vibrant fabric of blues, purples and flashes of orange. 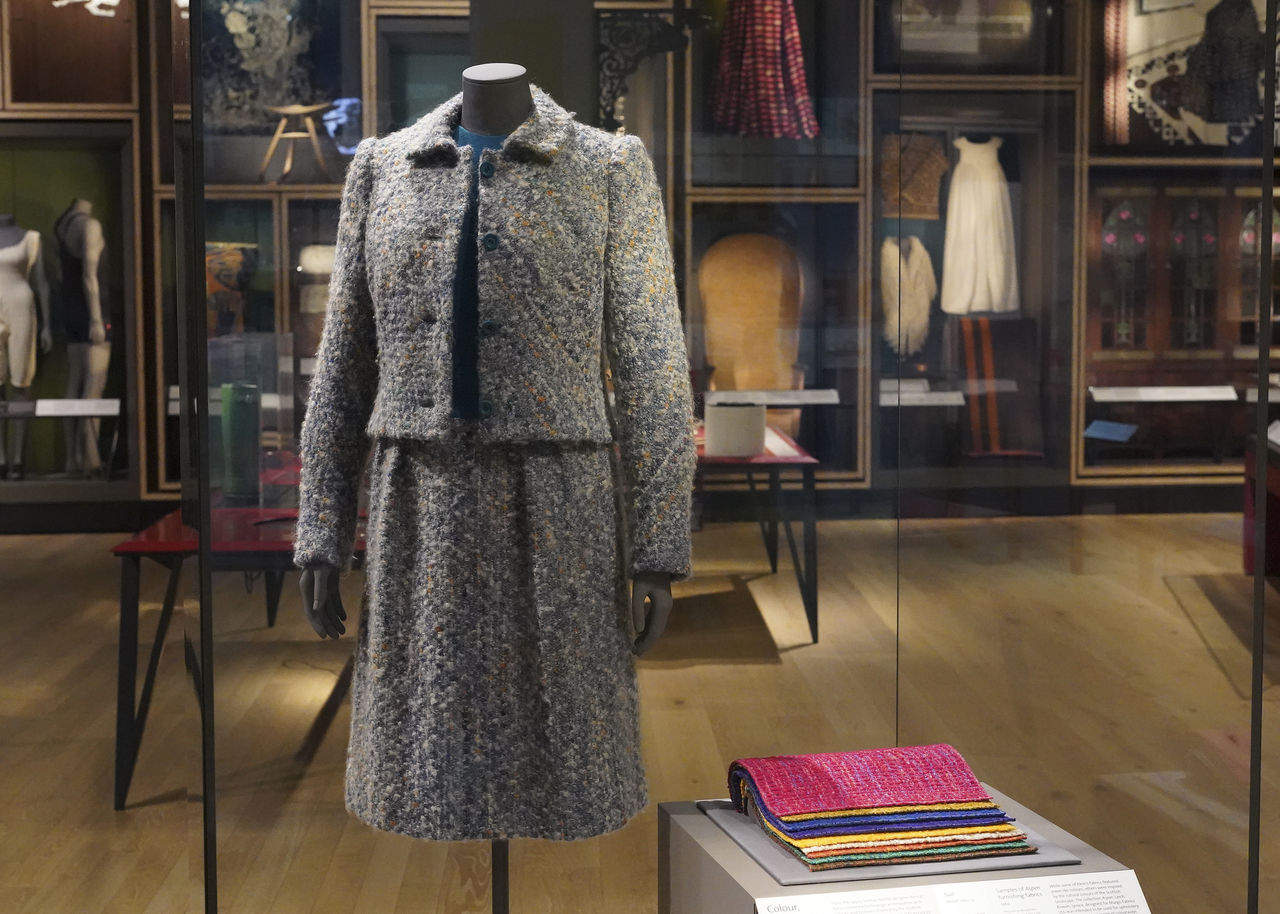 Klein was profoundly inspired by the Borders countryside surrounding his home. He began oil painting as a way of experimenting with texture and colour. This was an important part of his design process, as these paintings would often inform his textile designs. The unique location of his home, and the creative opportunities this afforded him, were therefore essential to his life and work.

From the late 1960s, Klein stepped away from the commercial pressures that were beginning to drive his business. He became a design consultant working on interior design, product design and colour consultancy for various national and international firms. He also continued textile production on a smaller scale. Klein approached Womersley again, this time asking him to design a bespoke studio nearby where he could work.

Completed in 1972, it was Womersley’s architectural masterpiece. Slotted into the sloped woodland surrounding it, the studio was connected to Klein’s house by a footpath and bridge.

It had a stark aesthetic, built from brick, concrete, steel and glass. Its most distinctive features were its dramatic cantilevered (overhanging) upper floor and its large frameless windows that offered uninterrupted views of the landscape. The horizontality of the building’s heavy upper floor contrasted with the verticality of the surrounding trees. From the studio, Klein would design and weave, as well as hold meetings and display samples for clients. These memorable surroundings must have helped to seal a few deals!

Over the years, Klein and Womersley became good friends and the architect visited the Borders often. He also fell in love with the beautiful countryside and built himself a house nearby in Tweedbank. Klein and his wife Margaret Soper lived and worked at High Sunderland for around 60 years. Klein continued painting until the week before he died in 2014, aged 91.

Klein said of High Sunderland that “not a day of my life goes past without my appreciating the sheer beauty and elegance of [it].” I sadly can’t quite say the same about my own homeworking environment. But for now I’m quite content to live vicariously and to imagine myself in those light, calm spaces, surveying the countryside around.