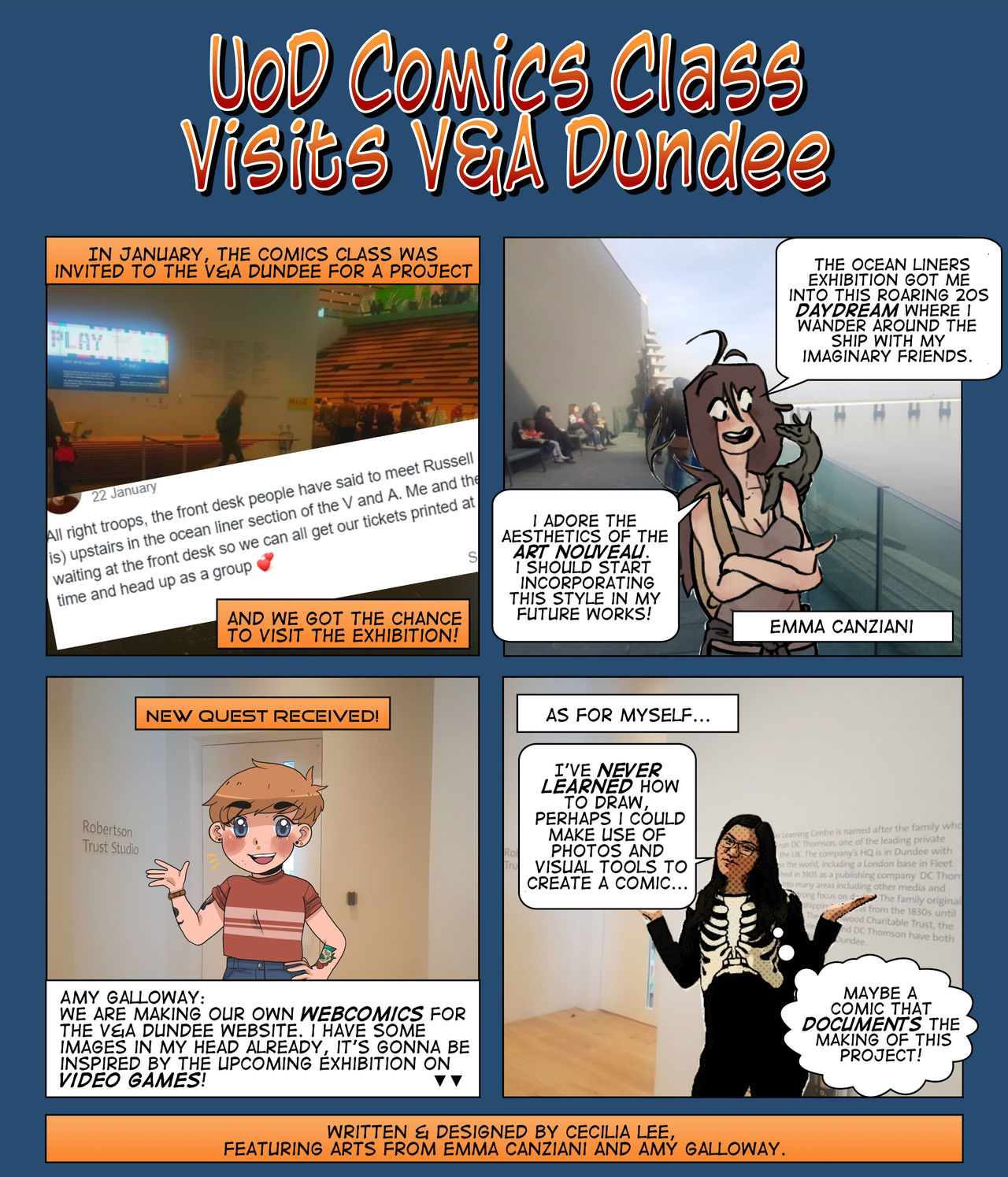 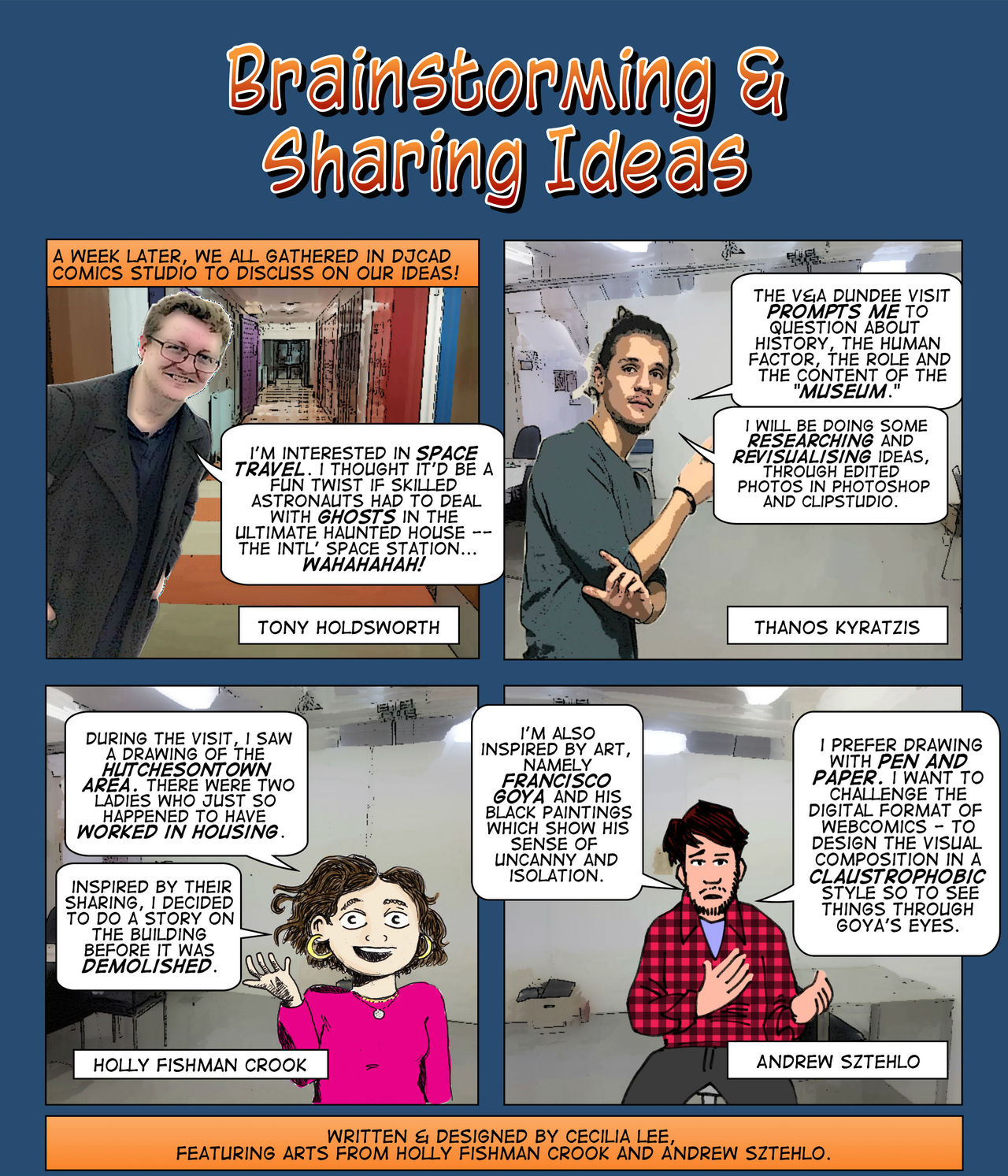 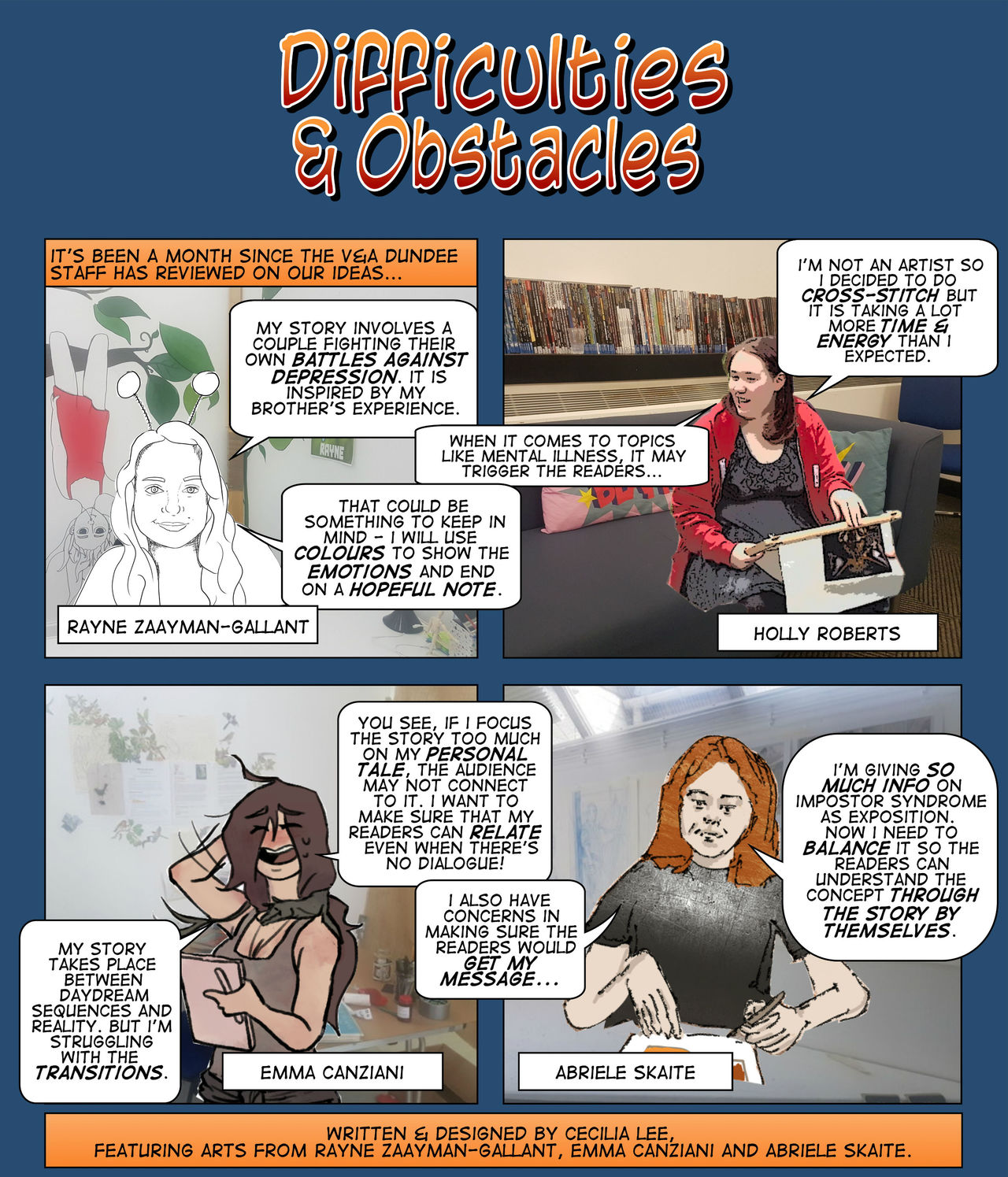 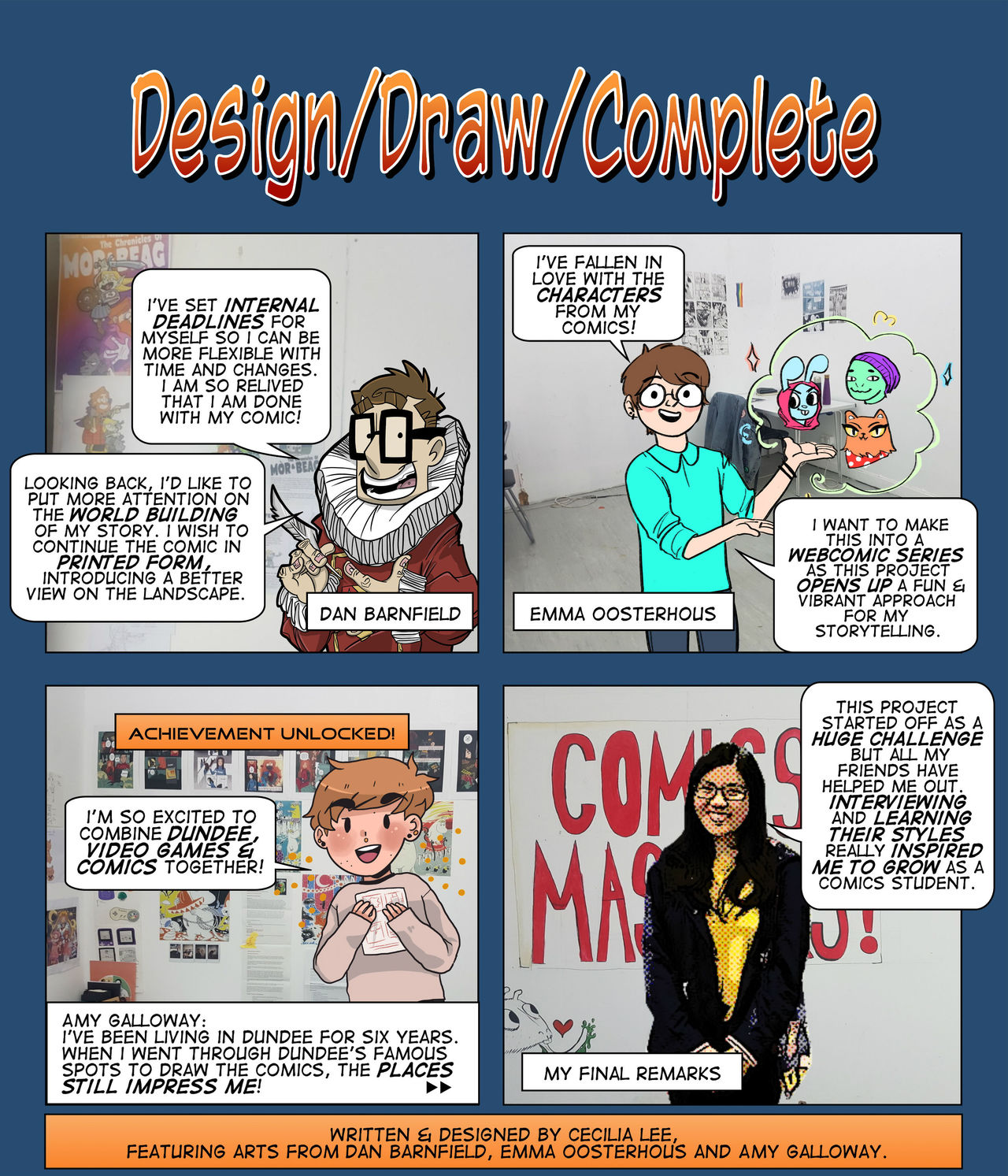 This webcomic series documents the work of University of Dundee’s Masters in Comics and Graphic Novels students and their collaboration with us.

For the first time, Cecilia was able to work on her own comic, from start to finish. She usually works on the post-production in publishing so the idea of creating her own work made Cecilia very nervous.

Amazed by her classmates’ artwork, Cecilia decided to collect a portrait from each of them and interview them all about the process of working on this project. From inspiration, brainstorming ideas, overcoming obstacles, to polishing the final products, Cecilia wanted to give the public a glimpse into what went into making these webcomics.

Cecilia used visual editing tools to combine real-life photos as backgrounds along with their portraits and responses. She found this was a great alternative to having to draw things herself, and she found it refreshing to use comics as a medium to document a project.

Cecilia Lee is a Comics Studies student from Hong Kong. She is influenced by the diverse cultures of her city and enjoys reading comics around the world.

Cecilia loves to travel and stayed in the Netherlands and South Korea before coming to Scotland.

As a literature student, this project is her first attempt to create her own comic. She is interested in telling the stories of people from different backgrounds. This inspired her to tell the story of her classmates working on this project.

Cecilia contributes to Minds In The Gutter, a Comics Academia blog.