Reopening Sat 1 May
Menu
Close
V&A Dundee
V&A Dundee
Adding colour and style to our streets and winding alleyways, Open/Close Dundee has provided vibrancy, drama and a reason to explore some of the less-visited areas of the city. Russell, the person behind the project, explains how a painted door comes to be.

In the previous article, I wrote about how Open/Close Dundee came about and what I hope the project achieves. You can read it here.

But how do you get these doors and murals out of the minds of artists and onto the surfaces across the city? When I first started this project in the city centre, the process of getting a door decorated was rather ad-hoc. Having learned a lot from that, the process we used for the Stobswell trail was more defined.

Once funding was confirmed, we walked around the area and worked with the Stobswell Forum to identify a range of possible doors. We picked our favourite ones based on location, setting, visual impact, etc. Then it was a case of literally going door-to-door, into the shops or calling up the businesses to ask for permission to paint them.

By the time the Stobswell trail was being done, people had already heard of us and seen the city centre trail, so they knew what it was all about. We also had a photo album made up with photos of those first doors to show people examples of what they would be getting. For the city centre trail, I pulled together a wee document to explain the idea and included example artworks from Aberdeen Painted Doors as a reference. Once people saw those, they were more than up for it. 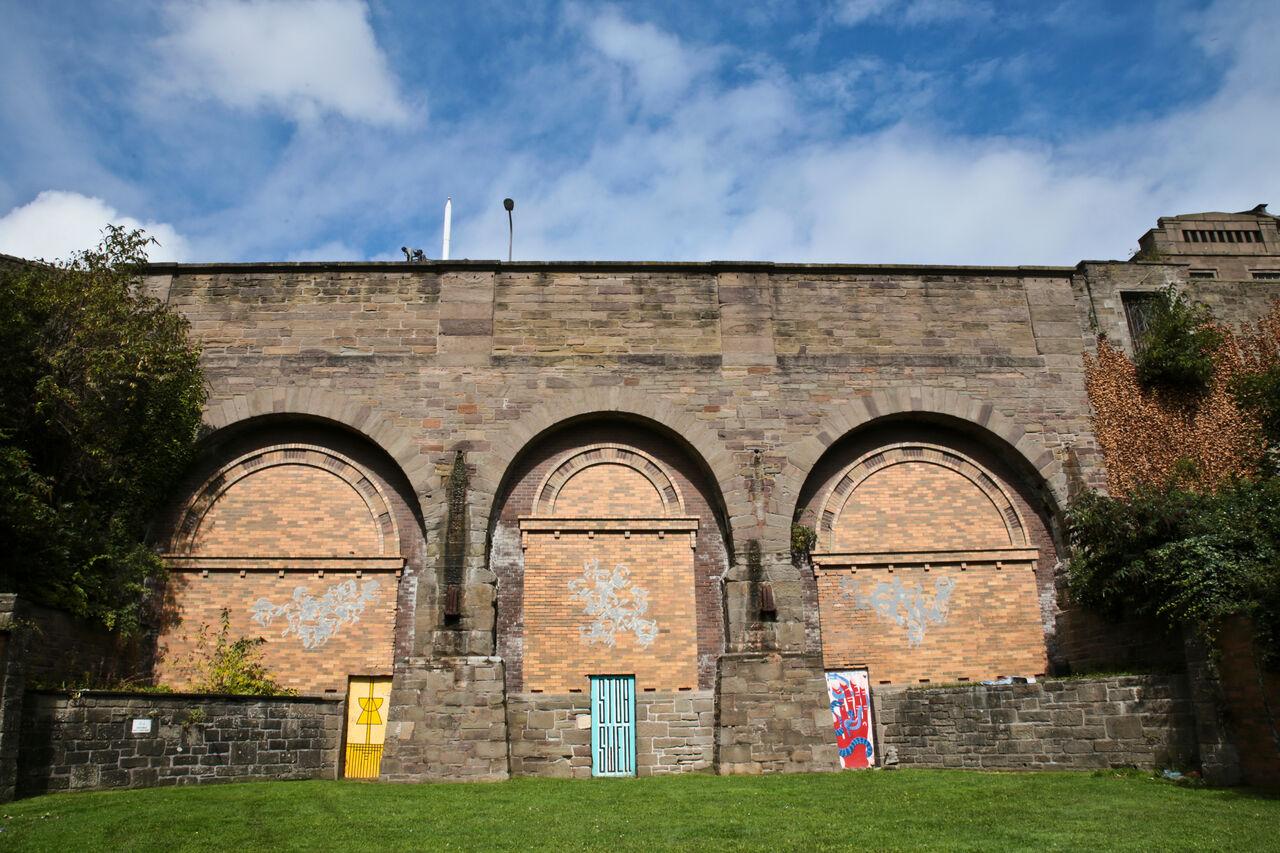 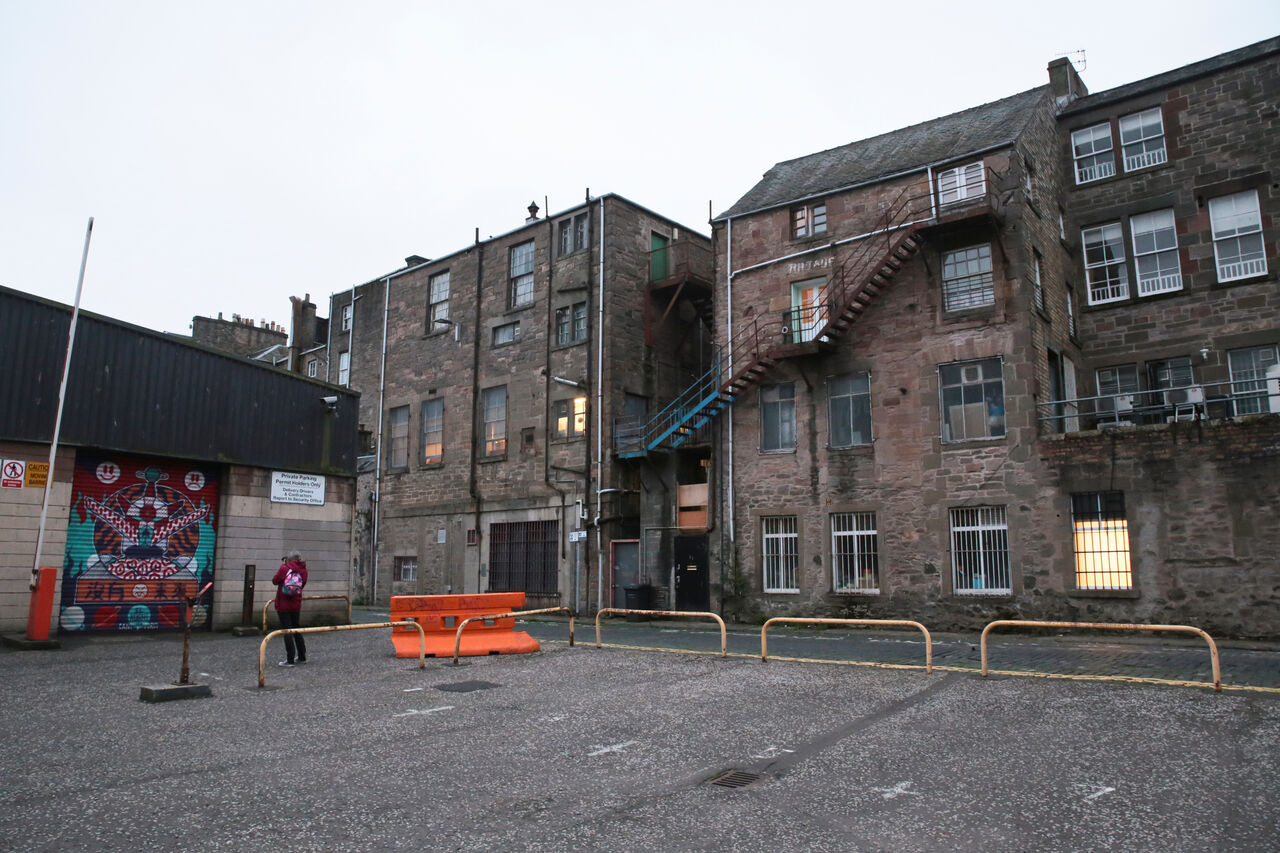 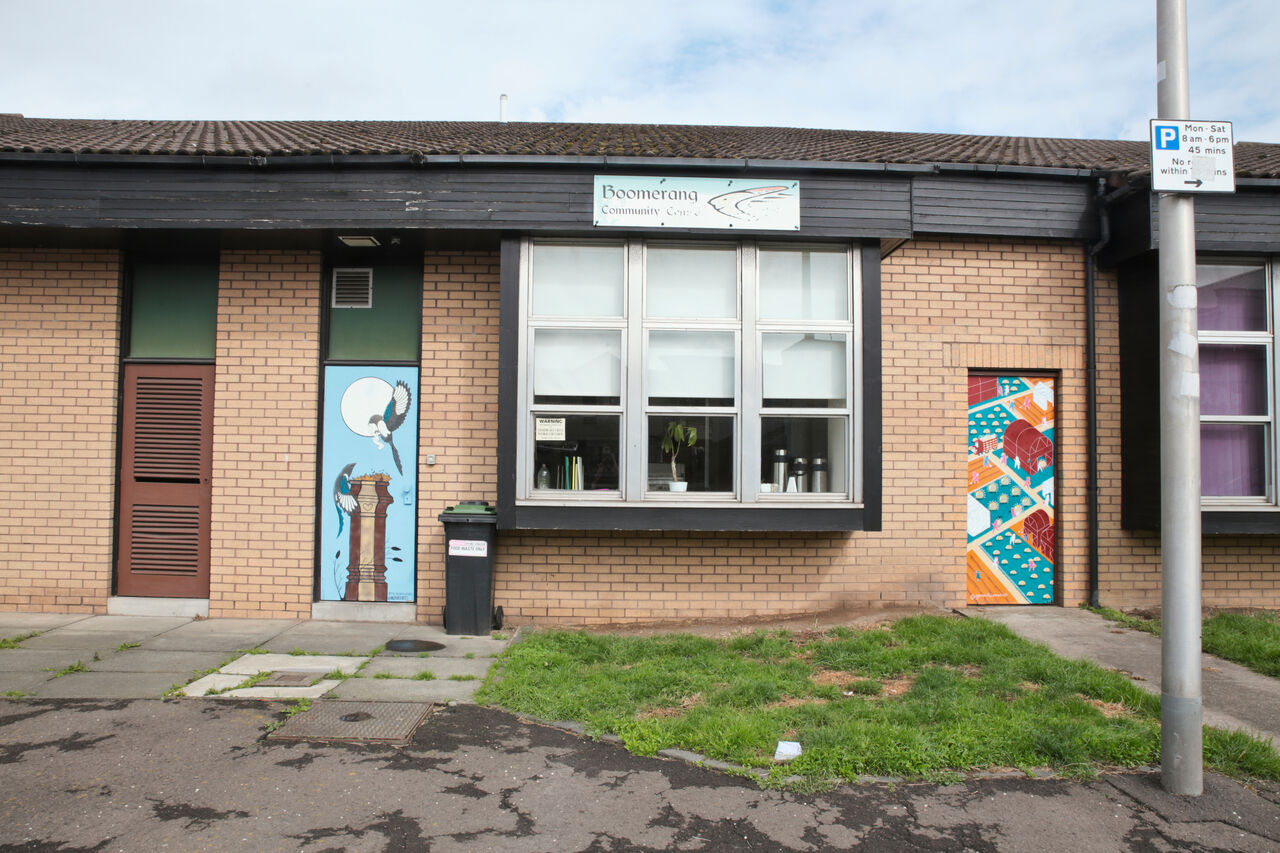 With the doors selected and confirmed, we had to find the artists. This involved an open call on social media for artists to submit a rough design, just a pencil sketch, along with relevant examples of previous work. We had around 140 submissions, which was quite a task for the judging panel, but we managed to select 20 winners (with a few in reserve just in case).

Next, we had to figure out who was going to paint which door. Some artworks fitted perfectly for certain businesses. For instance, Stephen Winstanley’s submission was for a ceramic tiled piece of a toroid, which resembles a bicycle wheel. This would only work in a blocked-up window or similar and, as it happened, Nicholson’s Cycles had two side by side. Another perfect match was the girl’s head by Amy Dunne for Cuts and Colours; it actually looks like they commissioned the piece. 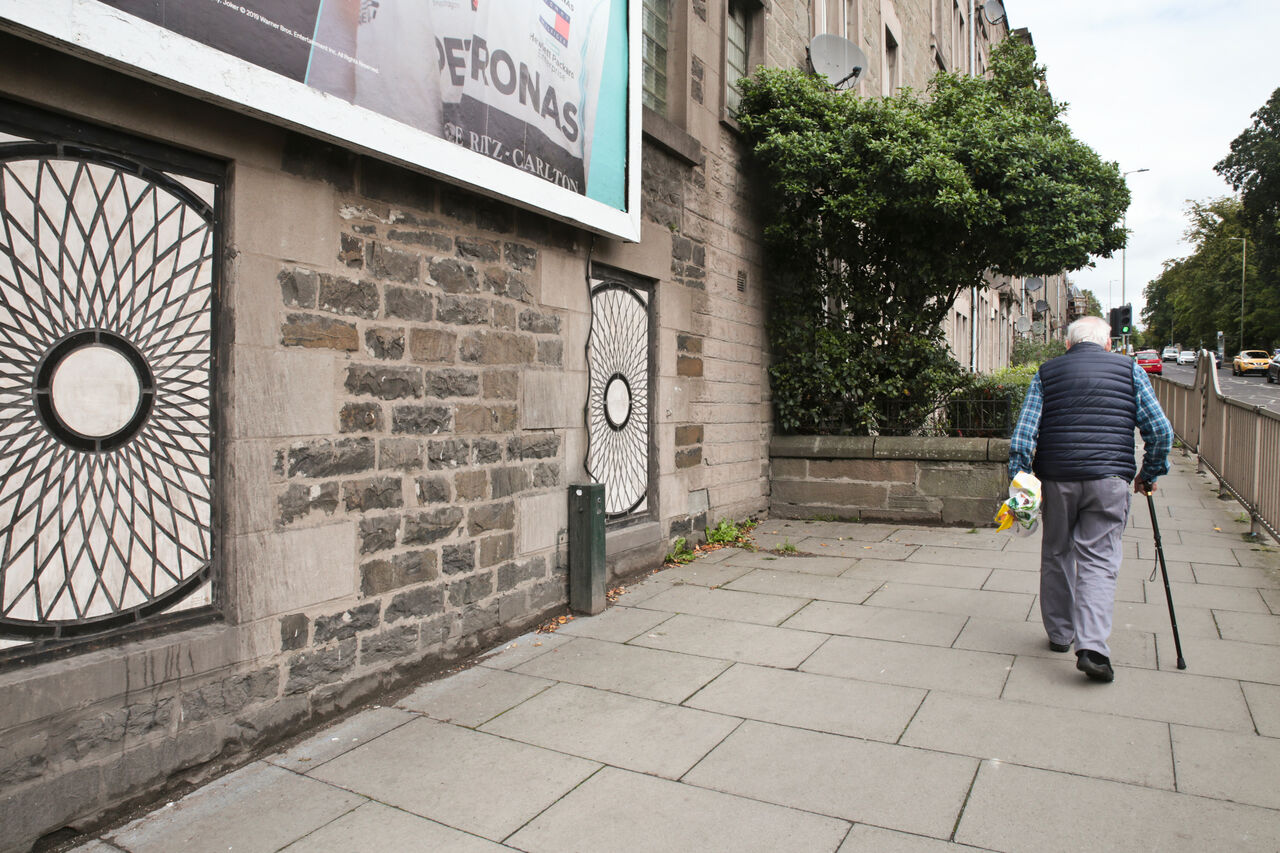 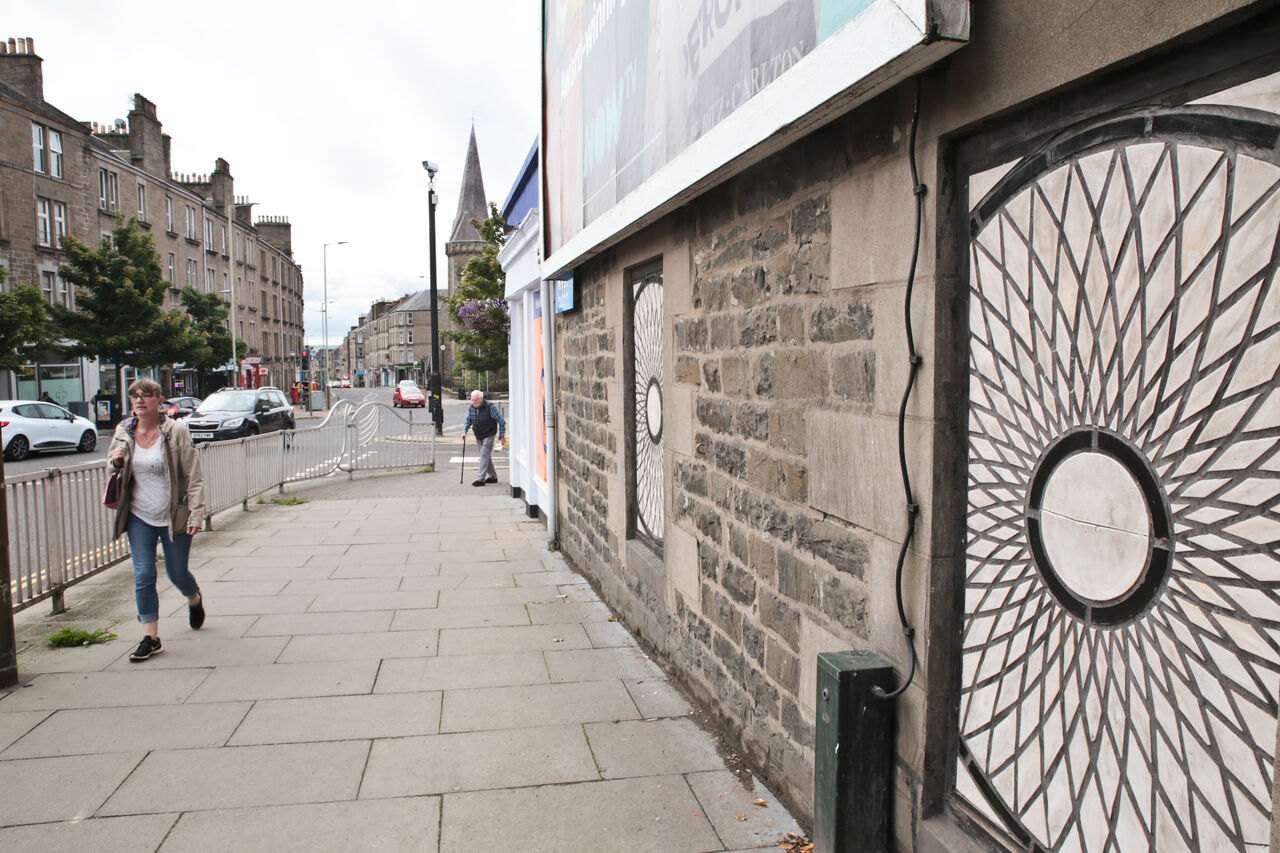 Others were chosen by the business owners, like Jen Collins’ cat piece on Room 39’s door, whose shopkeeper really likes cats. It’s quite easy to accommodate requests like this and means the door owners genuinely love their artwork.

When it comes to the artists, the brief we give them is extremely open. Their only constraint is to bear in mind that it’s a public art piece being viewed by anyone, so shouldn’t cause offence. Though this is quite loose too: we have one artwork with nipples and bums on it and it was quite tricky to find a business to agree to take this piece because of the nudity. But I’m a fan of trusting the artist and letting them do exactly what they want. The piece can be as much for them as it is for the public. 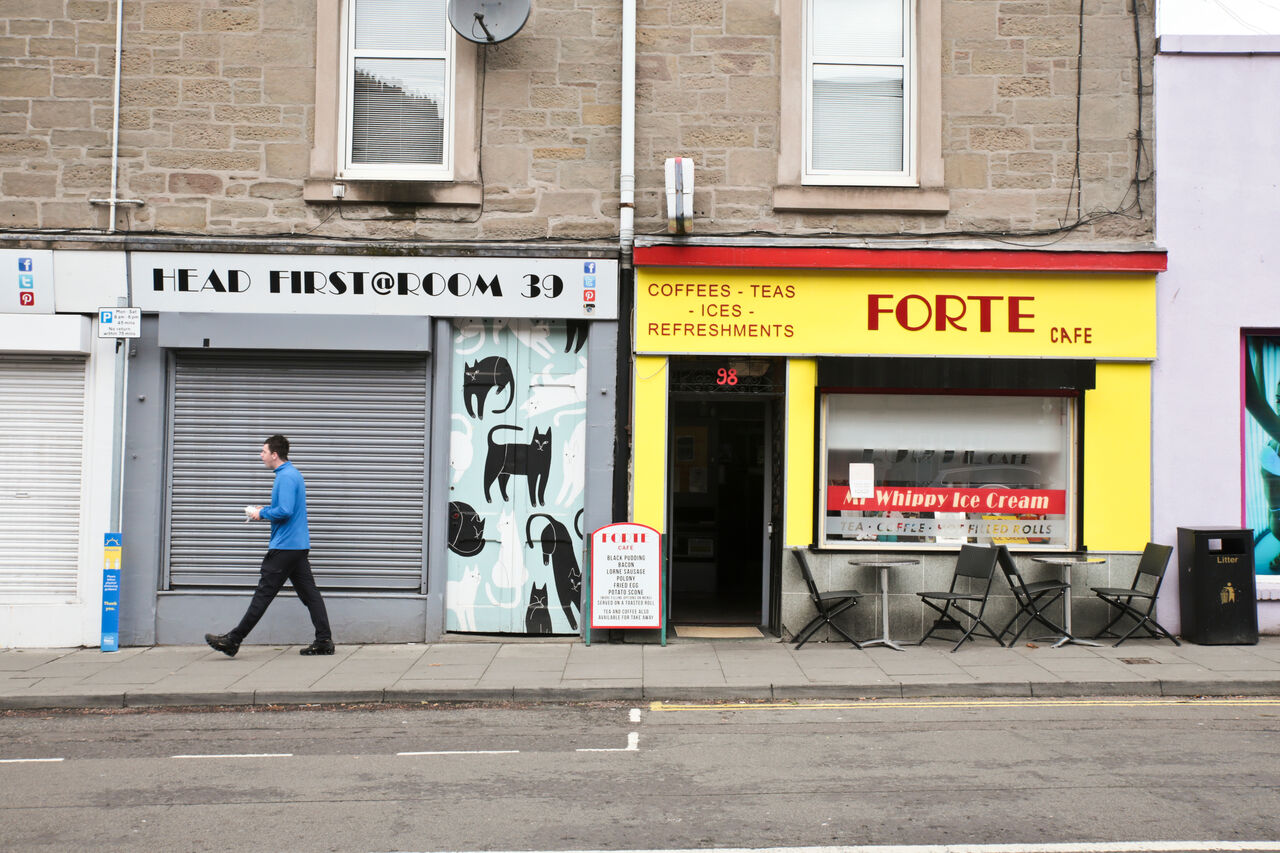 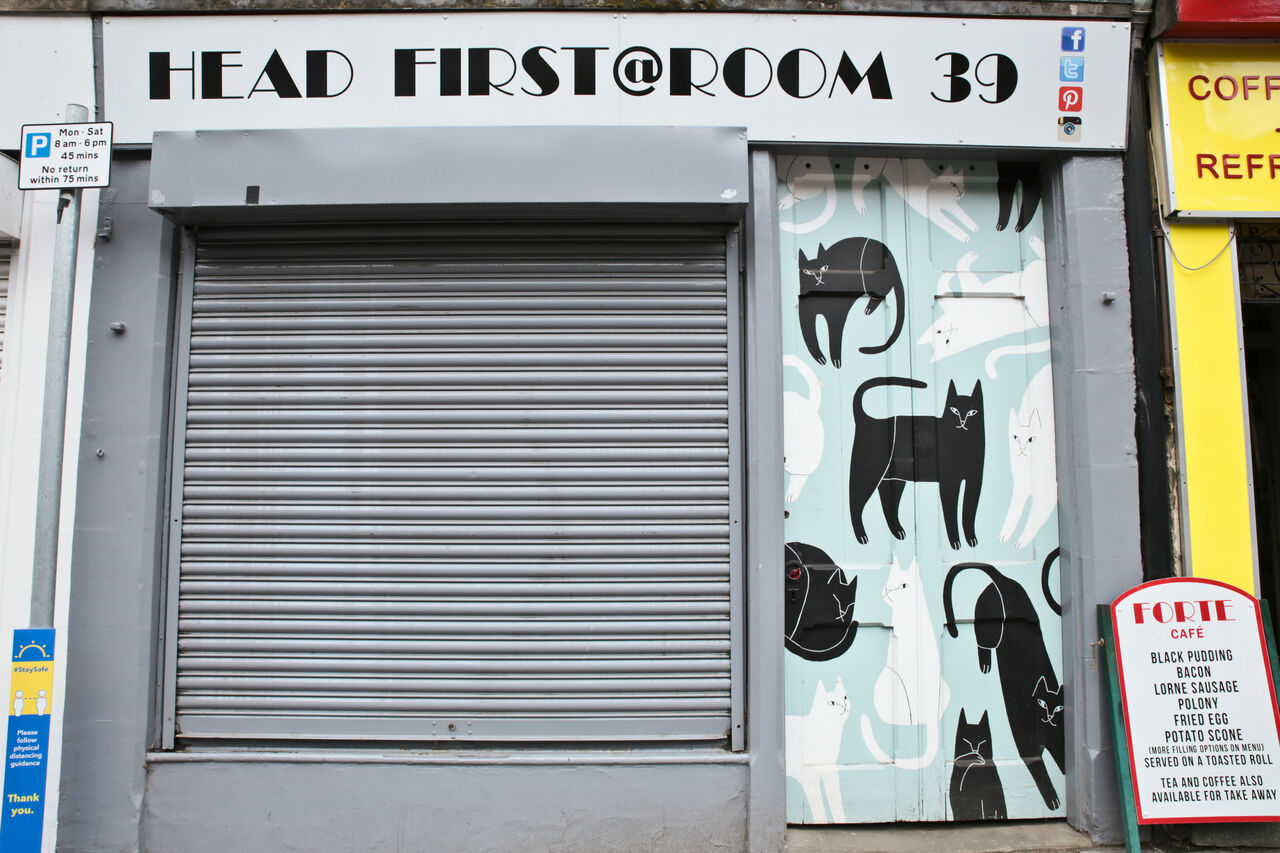 The doors are a great training ground for aspiring muralists or street artists too. At big street art festivals, you see the same names popping up, painting incredible murals. These are often intimidatingly good and very large. Many artists see these and think “how will I ever do that?!” Our doors can act as a stepping-stone for artists who want to get into street art and are a great way for art facilitators to discover new talent.

It’s not often that artists get commissioned to do exactly what they like, so Open/Close is a chance for them to let loose.

In our final Open/Close article, discover why projects like this are great for Dundee, the role played by the city’s local communities and what’s still to come for the street art trail.

Russell Pepper is the director of Open/Close, a community interest company with the goal of supporting artists, communities and creativity in Dundee by creating artworks and installations throughout the city.