Norah Geddes, born in Edinburgh in 1887, was the eldest of the three Geddes children. Her father, Patrick Geddes, was a pioneering and globally influential town planner, biologist, philanthropist and sociologist. In her unpublished memoir, Norah writes, "I was born in the Old Town … in the heart of the slum...". In a way, this marked her for life but also ensured her legacy.

Her birth came as her parents had begun piloting their initiatives to improve the lot of the urban poor. Geddes’ civic action through window box planting led to a wider movement to identify green spaces throughout the Old Town. It was from this endeavour that Norah’s beautiful watercolour designs eventually appeared.

Norah had a largely erratic and peripatetic education (including attending her father’s botany course at University College, Dundee from the age of fourteen!). In 1906 she decided that a career in garden landscape design was her vocation. She was nineteen years old.

Ever diligent, young Norah sought appropriate tuition and took anatomy-drawing lessons at the Edinburgh School of Art. When petitioning her tutors for classes in perspective drawing, the unhelpful response was, "If you can draw the human figure, you can draw anything".

Around 1910, Norah joined the ranks of her father’s Open Spaces Committee at the Outlook Tower. She was captive to the dictates of the committee but free to pursue the experience she needed to design and implement her garden schemes. Still, she often felt frustrated: "I am very tired of grubbing in the Open Spaces…1,000 small bulbs…have just been landed on us and I wonder how many of the miserable things will flower." Was she tidying up after her father, perhaps?

It was here that Norah met her future husband, Frank Mears. With him, in 1913, she contributed significantly to the planning and layout of the Royal Zoological Society Scotland Garden. You can read more about that here. Her part in this was overshadowed by that of Mears and her father. Once married and, subsequently, raising a family, Norah’s landscape gardening career was effectively over. 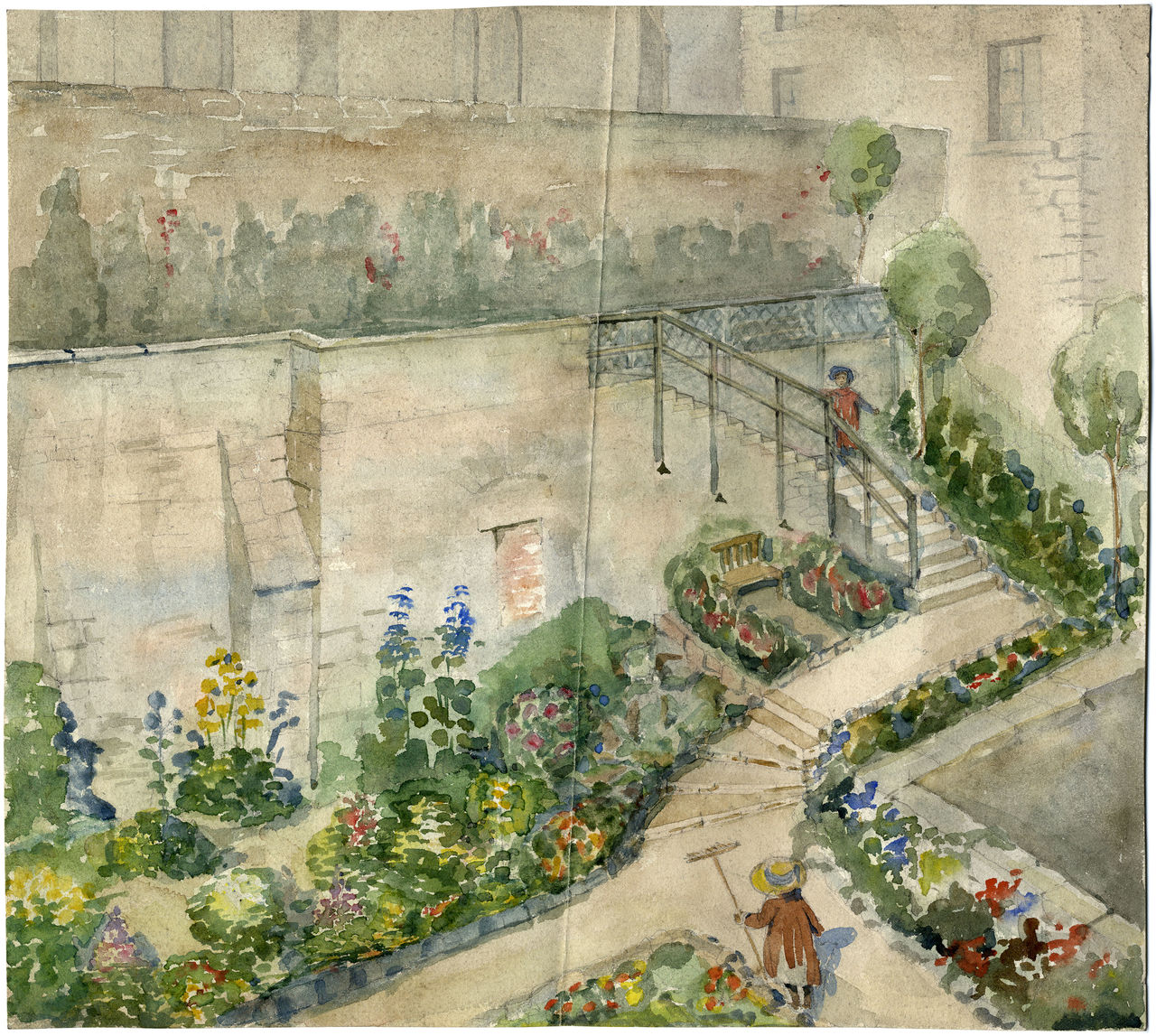 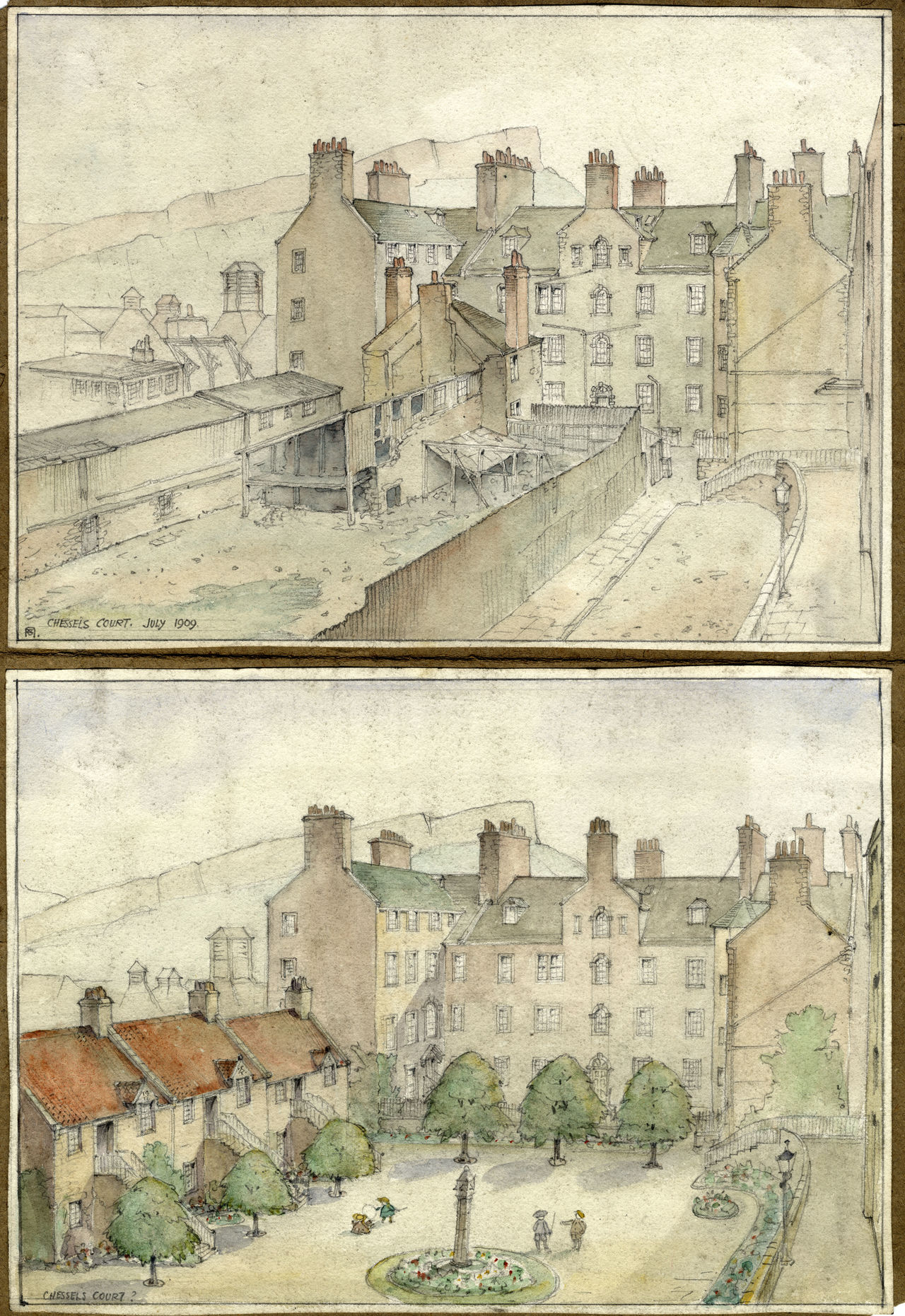 Her biographers have questioned whether Norah’s chosen path was taken to win the approval of her father - the two had an uneasy relationship - rather than to independently establish herself. Ironically, she proved to be a pioneer. One of Dr Deborah Reid’s ‘Unsung Heroines of Horticulture’, Norah forged a career in garden design when professional opportunities for women in the early twentieth century were few.

Norah’s gardens were successful, practical and smart as we can see from her remarkable sketches. These images are an invaluable resource for me when I lead visitors, students and the public on our Geddes related tours. They show what is possible, then and now. They represent achievement and creativity when the world around you seems ignorant or ambivalent to your talent. Most of all, they represent a deep love and respect for nature. Goodness knows we could all do with a bit of that in our lives, especially now!

For me, Norah’s legacy may be more modest than her father’s, but it is by no means elusive. If you find yourself exploring the hidden green spaces of Edinburgh’s medieval spine, you will encounter the remnants of Norah’s gardens at Chessel’s Court, Johnstone Terrace and the Westport. These tiny enclaves, brim-full with plants and flowers in the spring and summer and alive with birdsong, represent Norah’s gift to us and for that, we owe her our debt of thanks.

Russell Clegg is the Learning and Public Engagement Co-ordinator for the Patrick Geddes Centre, located in the heart of Edinburgh’s Old Town.