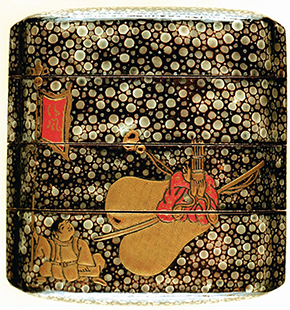 I lead the Asian Specialism on the V&A/RCA MA History of Design Course. I received my PhD in Fine Arts at Harvard University, where I studied Japanese art history. I have taught at institutions including Princeton, Harvard, Stanford and Berkeley Universities and curated shows at The Japan Society, New York, Katonah Museum of Art and LACMA. I have published on Japanese visual and material culture of the early modern period, most notably in relation to the Japanese tea ceremony, as well as on the trans-national history of collecting and display. I am currently working on a book tentatively entitled 'The Great Wave: The Making of a Modern Icon' that explores the global diffusion of Hokusai’s signature design.

'Takamura Kôun and Takamura Kôtarô: On being a Sculptor'. The Artist as a Professional in Japan, edited by Melinda Takeuchi. Stanford University Press, 2004. pp. 152-79

Art of Edo Japan: The Artist and the City. New York: Harry Abrams, 1996. Also in British,French, Chinese and Korean editions

“The Multiple Modalities of the Copy in Traditional Japanese Craft,” The Journal of Modern Craft 3/1 (March 2010): 7-18