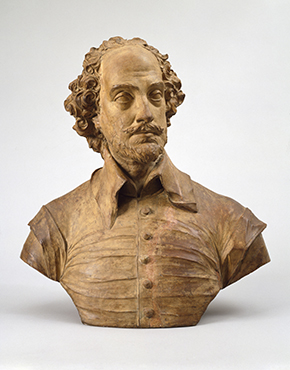 My research is driven by a love of archives and other collections, and an interest in how objects from the past come down to us, what they pick up along the way and how they speak across time and space. I have published widely on the history of books and readers and the plays of Shakespeare and his contemporaries; and much of my current work explores the interface between word and image and the relationship between knowledge and power. I am working on a study of visual marginalia called The Reader's Eye, a collection of essays on Renaissance Collage (edited with Juliet Fleming and Adam Smyth), a reconstruction of the art- and book-collections of Walter and Louise Arensberg (with Mark Nelson) and an edition of Christopher Marlowe's The Jew of Malta (edited with Chloe Preedy for Arden Early Modern Drama). My exhibition, Decoding the Renaissance: 500 Years of Codes and Ciphers, runs at the Folger Shakespeare Library from November 2014 to March 2015.

I am on secondment from the University of York, where I was Director of the Centre for Renaissance & Early Modern Studies (CREMS) from its creation in 2005 to 2011. I have held visiting positions at Caltech, Queen Mary (University of London) and Keio University (Tokyo), and fellowships at the Folger, Huntington, New York Public Library, National Maritime Museum and Bard Graduate Center.

Renaissance Collage, edited with Juliet Fleming and Adam Smyth as a special issue of the Journal of Medieval and Early Modern Studies (forthcoming 2015)

Ben Jonson's The Alchemist (with Peter Holland), in The Cambridge Edition of the Works of Ben Jonson (Cambridge: Cambridge University Press, 2012)

Prison Writings in Early Modern England, edited with Bill Sheils as issue 72:2 of The Huntington Library Quarterly (2009) [winner of the inaugural Voyager Award of the MLA's Council of Editors of Learned Journals]

On Shakespeare, edited with Peter Holland as issue 10.3 of Performance Research (September 2005)

On Editing, edited with Claire MacDonald as issue 7.1 of Performance Research (March 2002)

The Tempest and its Travels, edited with Peter Hulme (London: Reaktion Books, 2000)

John Dee: The Politics of Reading and Writing in the English Renaissance (Amherst: University of Massachusetts Press, 1995; paperback, 1997)

Articles and Chapters in Books:

"The Beginning of 'The End': Terminal Paratext and the Birth of Print Culture," in Helen Smith and Louise Wilson (eds.), Renaissance Paratexts (Cambridge: Cambridge University Press, 2011), 65-87

"On the Threshold: Architecture, Paratext, and Early Print Culture," in Sabrina A. Baron, Eric Lindquist, and Eleanor Shevlin (eds.), Agent of Change: Print Culture Studies and the Legacy of Eisenstein (Amherst: University of Massachusetts Press, 2007)

"Bringing the World to England: The Politics of Translation in the Age of Hakluyt," Transactions of the Royal Historical Society 14 (2004), 199-207

"Anatomizing the Commonwealth: Language, Politics, and the Elizabethan Social Order," in Elizabeth Fowler and Roland Greene (eds.), The Project of Prose in Early Modern Europe and the New World (Cambridge: Cambridge UP, 1997), 104-21