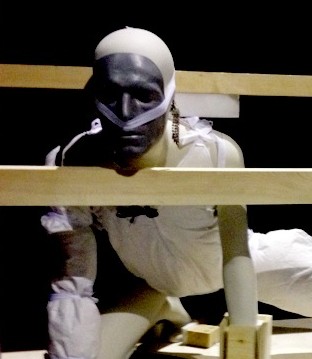 David Bowie Is… finally closed its doors on Sunday 11 August. By the day of opening back in March, pre-booked tickets had reached over 67,000, and when the doors closed for the last time at South Kensington, a record 311,000 visitors had seen the exhibition.

But David Bowie – always an artist to keep moving forward – will now be on tour for the next three years (in exhibition form at least), travelling to six more museums around the world. The entire exhibition is already on its way to the Art Gallery of Ontario in Toronto where it will be on display until 27th November. Afterwards, it will continue on to the Museum of Image and Sound, Sao Paulo, Brazil (28 January to 21 April 2014), the Museum of Contemporary Art, Chicago (September 2014 to January 2015) the Philharmonie de Paris/ Cité de la Musique, Paris (2 March to 31 May 2015) and finally to the Groninger Museum in The Netherlands (15 December 2015 to 15 March 2016).

After the last projector is switched off and the last visitor has left, the exhibition space seems unnervingly quiet without the familiar sound of Bowie’s music, which has played constantly in that particular corner of the V&A for the last few months. However behind the scenes, it signals the beginning of two weeks of frenetic activity for deinstallation (an admittedly terrible bit of museum terminology we use to suggest the opposite of “install”) of the entire exhibition. Deinstalling and packing up a large exhibition like David Bowie Is… is a significant project, and it’s very much a collaborative affair between conservators, technicians and the Exhibitions Coordinators who oversee the whole thing. David Bowie Is… contains over 280 works on paper, not to mention 59 costumed mannequins and a large number of three dimensional objects, all of which have to be moved, examined and carefully packed and crated before they can be shipped off to Toronto. Deinstalling them within a very limited window of time can be challenging. 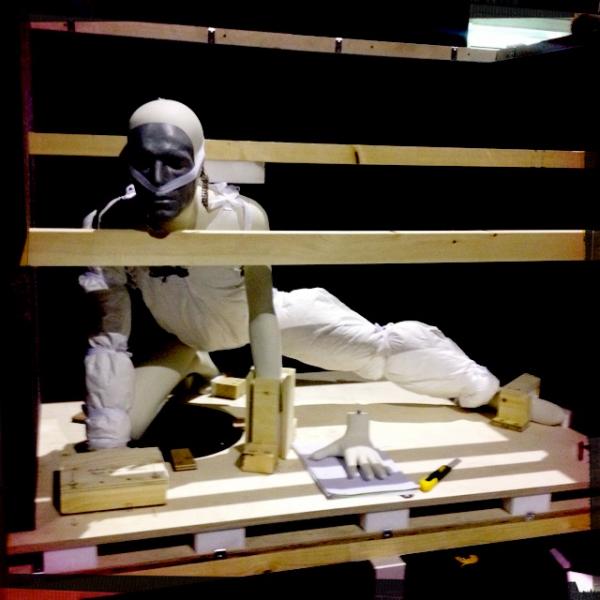 These days, the role of a museum conservator is as much to monitor and maintain the good condition of exhibition objects, often loaned from other institutions and private individuals, as it is to and investigate and preserve the V&A collections. The deinstallation of the exhibition has a brief two week window in which to remove every object from their display environment, meticulously examine them for changes in their condition, and then carefully pack and crate them for transit. The moment all of the David Bowie objects are removed from the space, the build for Masterpieces of Chinese Paintings 700-1900, which opens on the 26th October, will commence and the process of installing a new exhibition at the V&A begins again. 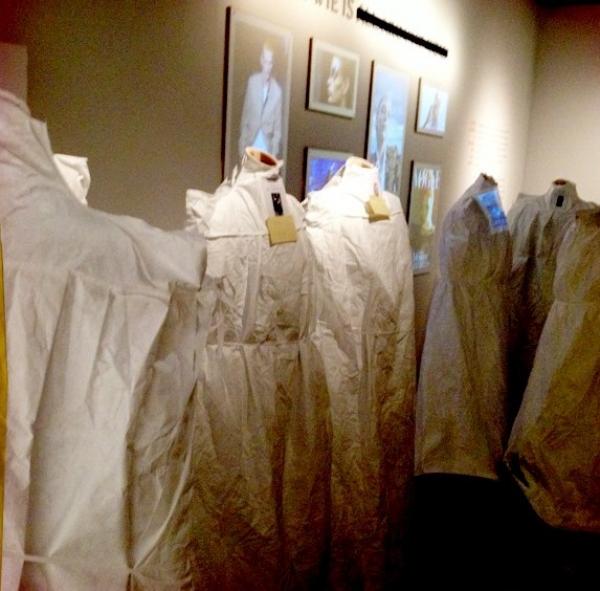 The skill and expertise of the V&A’s technicians is very much in evidence during the deinstall. Our technicians have to move and pack objects quickly and safely, often having to think creatively about how to protect and pack unusual and often very fragile objects. Works on paper are enclosed in folders, mounts, frames and boxes. Costumes travel, wrapped and individually on their own bespoke mannequins. Conservators then examine the objects for changes in condition over the display period, ensuring that they are suitable to travel, advise on all issues relating to the materials and techniques of the objects that might suggest specific storage and packing methods, and write detailed condition reports for each object used throughout the tour to monitor their condition over the next three years. At least one V&A conservator is on hand at each venue working with the venue’s own conservators and technicians at the installation stage. Also arriving in advance of the exhibition will be software engineers from 59 Productions (the team behind the video projections for the David Bowie Is…, and the London 2012 Olympic Opening ceremony), who will work with each venue to recreate the unique sensorial audio/visual experience that was an integral part of the V&A exhibition.

The majority of the objects in this exhibition have been lent to us from the David Bowie Archive, and so it is our responsibility to ensure that they are monitored and protected as we would museum objects as they travel and are installed at each venue. A team of V&A exhibitions coordinators, technicians, and conservators are dedicated to the project for the duration of the tour to make sure this happens.