As the summer nights draw in and children return to school, my mind drifts off to childhood memories of days by the sea, and reluctantly getting dressed in an ill-fitting uniform at the start of another school year… oh to have that time back….

Photograph, tinted and mounted on card, of a girl in a pink woollen dress posed on the beach with a spade and a handful of seaweed, taken on the south coast of England, by Remington’s Photo Service (A.H. Remington), England, 1920-39. Museum no.  B.274-2010 © Victoria and Albert Museum, London/ Arthur H. Remington 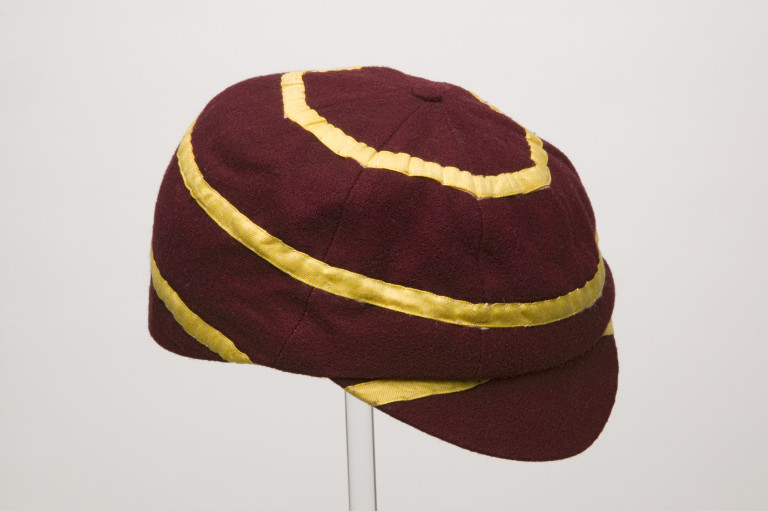 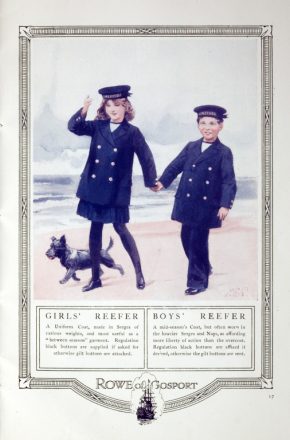 There is nowhere more fitting to re-live such moments than in the surviving clothing, accessories, photography and prints donated by people young and old to the V&A’s Museum of Childhood. These personal treasures are the subject of this month’s V&A curation for the Europeana Fashion tumblr blog.

Spanning the last 300 years, this 6000 piece collection embodies the stories of childhood from birth to the formative teenage years. I like the idea of exploring fashion heritage to discover childhood; rather than dressing for success, following a trend or using fashion to seduce a crowd, these collections reflect the age of youth against a backdrop of social, cultural and political change.

One of my favourite collections is the children’s clothing that was made under the Utility Scheme during World War Two (1939-45). This was an initiative by the UK government to control manufacturing and for people to be as resourceful as possible in a time of austerity. It is fascinating how today this culture of ‘make do and mend’ has been embraced by a new generation of fashion and design enthusiasts who aim to keep traditional skills and crafts alive, whilst also being inspired to create something innovative and new. 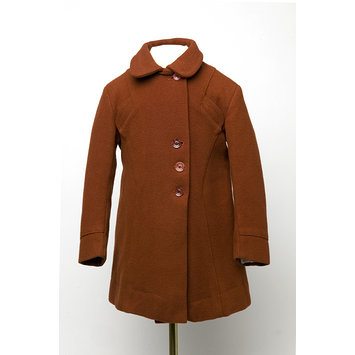 The Museum of Childhood collections mainly represent childhood from the UK. We do however hold some wonderful examples of European pieces including this 16th century Italian swaddling band, the oldest work in the collection. 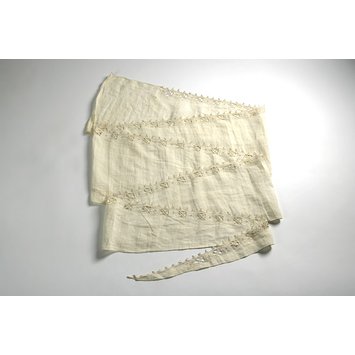 This ornate 1920s Hungarian baby’s bonnet was bought by the donor in a baby’s clothes shop in Budapest as ‘antique’ when she was expecting her first child in 1943, and baby clothes were in short supply.

Other highlights include a nappy made from fabric printed with the Union flag design, as a souvenir for the Golden Jubilee of Queen Elizabeth II in 2002, 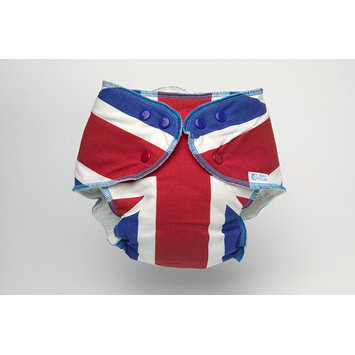 Cotton and hemp nappy with Union Jack flag design, made in Scotland by Ella’s House in 2002. Museum no. B.8-2003 ©Victoria and Albert Museum, London/Ella’s House

and a Victorian swimming costume worn on trips to the seaside, a popular form of entertainment by the 1890s thanks to improvements in travel to English coastal towns. 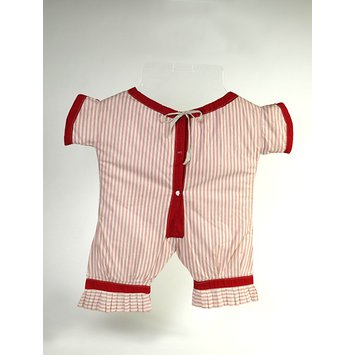 Victorian swimming costume made of white calico with printed red pin-strips, made in England between 1870 and 1880. Museum no. MISC.102-1986 ©Victoria and Albert Museum, London

For me photographs provide a glimpse into the lives, experiences and memories of who we are or once were both in front of the lens and behind it. As I have been exploring the Museum of Childhood collections, I have been moved by the wonderful social observations of photographer John Heywood. He donated his collection entitled ‘My Family and other Children’, a photographic study of childhood spanning 40 years.

The photographs perfectly capture the passage of time from birth to the formative teenage years, with clothing serving as an important part of our cultural heritage. 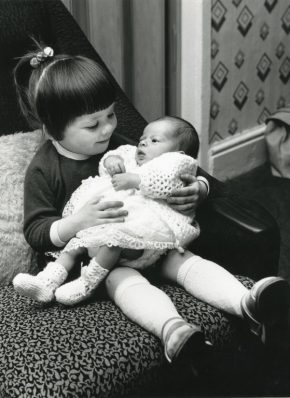 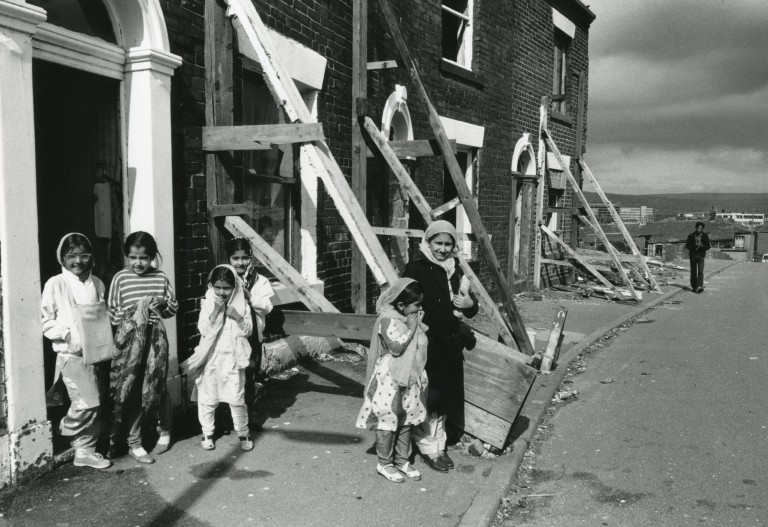 ‘Family dwellings’ Black and White photograph mounted on card by John Heywood, 1986. Museum no. B.65-2013 ©Victoria and Albert Museum/John Heywood 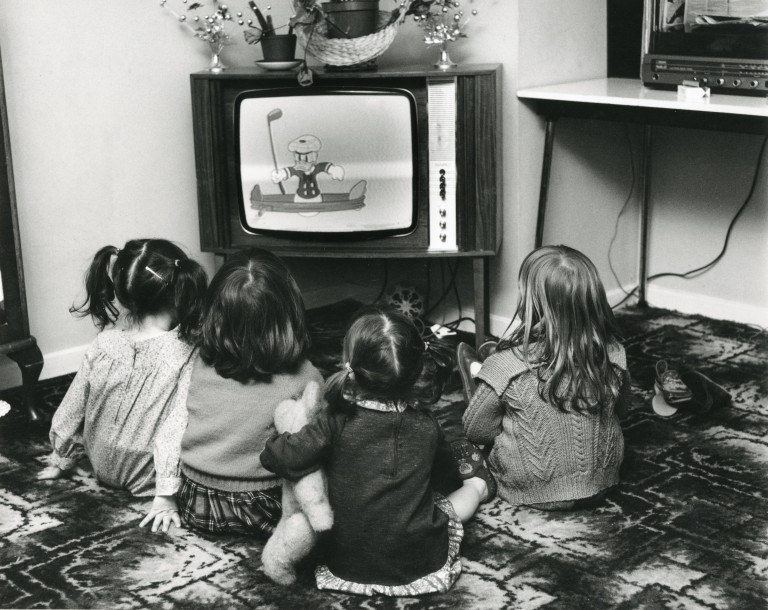 ‘Riviting  Stuff’ , Black and White photograph mounted on card by John Heywood, 1982. Museum no. B.28-2013 ©Victoria and Albert Museum/John Heywood 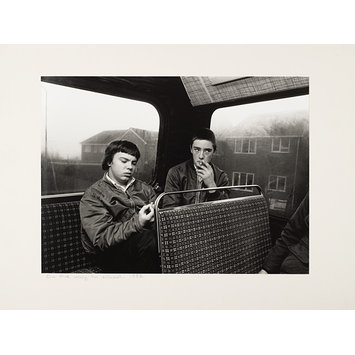 ‘On the Way to School’, Black and White photograph mounted on card by John Heywood, 1982. Museum no. Misc.1086-1992 ©Victoria and Albert Museum/John Heywood

To hear more about the photographer’s influences,  please click here for interviews with John Heywood.

We hope you enjoy the V&A’s curation,  and  that it inspires you to flick back through your albums, reminisce about those forgotten fashions (including the ones you chose to forget!) and memories that shape who you are today.