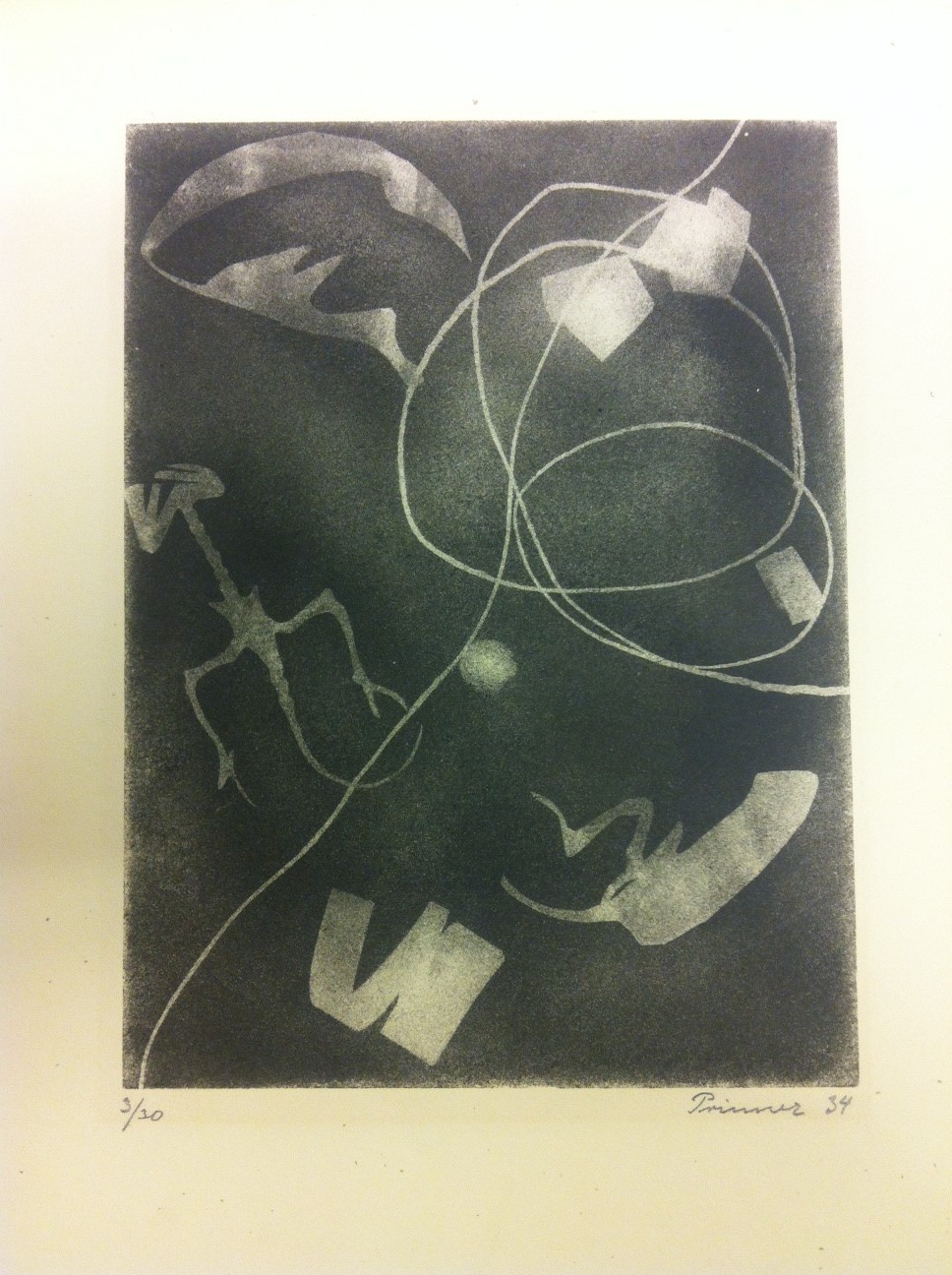 Last week I was excited to discover a transgender artist in the collection called Anton Prinner.  Born in Hungary in 1902, he moved to Paris at the end of the Roaring Twenties, where he changed his name to Anton and requested that people address him with male pronouns.  Paris at the time was the epicentre of the avant-garde and was considered highly progressive, a haven for the open-minded, and full to bursting with many of the world’s greatest artists and writers.

The artist Pablo Picasso would address Prinner as ‘Monsieur Madame’ and would often introduce him to others as ‘the small man who makes large statues’. Although the former term would largely be considered insulting by today’s standards, Prinner and Picasso were great friends and by all accounts it appears that Prinner was wholly accepted in the circles he moved in.  Indeed it seems he was never drawn into having public discussions about his gender identity at any point in his lifetime.

Spending much of the German occupation of Paris in hiding, he later settled near Picasso’s studio in Antibes in the south of France in 1950, where his work became progressively esoteric and several of his sculptures explored themes of androgyny and metamorphosis.  Returning to Paris in the mid-1960s, he replaced sculpture with painting and continued to have the occasional small exhibition in the city.  His enduring popularity within the art scene is demonstrated by accounts that in the 1960s he had his own table at the famous Montparnasse café, La Coupole, where apparently he would have a burger every night and hold court with different groups of artists and local bohemians.

Whilst he is quite widely collected in France, he essentially never achieved great fame or financial success in his lifetime and sadly died in poverty at the age of 81 in his beloved Paris.  The V&A has one print by him from ca. 1934 entitled ‘Metamorphose’ which the Circulation department acquired in 1939.  It is in the style of a photogram a la Man Ray with the skeletal remains of a reptile, the body of a creature resembling a frog, a coil of metal, and a length of string captured in negative.

To see a broader selection of his work, please follow the link below: